Skylark & the Oak, Tam Lin, Sing for the Island

Cecil Sharp House, the home of the EFDSS, is an ideal setting for Joshua Burnell’s six-piece band. The York-based musician launches his third album, The Road to Horn Fair, at the historic venue, playing a set of traditional and original tracks with a prog-rock twist.

Opening with instrumental The Banshee Set, from 2018’s Songs from the Seasons, the band gets us warmed up, Holly Brandon leading on the fiddle, but the strains of Burnell’s Hammond organ can be clearly heard. The songwriter greets the audience, saying he would like to continue with something more contemporary, before announcing that Pastime with Good Company is attributed to King Henry VIII. Singer Frances Sladen accompanies him. It starts off a cappella, and they go apace before bassist Oliver Whitehouse drives the rhythm forward and the drums kick in.

It’s clear that Burnell loves the material he works with, but there is a real element of playfulness in some of his arrangements. The music is loud, the energy high, the pace goes along in leaps and bounds. There is some high drama, too, in the lyrics themselves, and the instruments reflect this, the Hammond and electric guitar particularly. Traditional songs Berkshire Tragedy and Cold Haily Windy Night – which both see a young girl victimised by a dastardly fellow – are again played at full force, the singers performing with gestures and facial expressions, truly getting into character. Two Magicians stands out as a retort, almost, to that tradition of the wronged maiden, Burnell having rewritten the latter half of the song so that the woman bests her male abuser.

In fact, Burnell and Sladen are storytellers; it’s evident that they love these tales and the characters in them. Her voice is clear and pure, his is fresh and smooth, and the harmonies are faultless. Though the instrumentals show off a group of extremely talented musicians, there are moments for Sladen to shine. This is probably most evident in Renaissance’s At the Harbour, an atmospheric and haunting song for which her voice is perfect.

The artist slows things down, left alone on stage to play a stripped-back A Begging I will Go, with just his voice and piano. The audience sings along with the chorus, and it’s a lovely moment of togetherness and contemplation. Skylark & the Oak follows, which Burnell wrote seven years ago and will finally release as a single this year. “It’s not a love song,” says Sladen, as she introduces it fondly, “it’s about friendship.” The track is a beautiful lament, sad yet also uplifting, Nathan Greaves’s subtle notes on electric guitar adding depth. They follow with The Knight & the Shepherdess, a traditional ballad with Burnell’s delightful new tune played on mandolin and fiddle.

The musician reflects briefly on his inspirations – and there is space for more than one tribute to Steeleye Span on the set list. In the interludes between songs, the 26-year-old is assured, comfortable chatting with the crowd and commenting on how lucky many of them are to have seen his favourite bands in the 70s. Throughout the evening, drummer Ed Simpson interjects with jokes and quips – demonstrating the great rapport between the group.

Run with Me is a brand new track, more folk-pop than rock, but this different style has a maturity to it and is perhaps a hint of the songwriter’s next project. Horn Fair’s lilting melody is mesmeric and Burnell cranks up the Hammond distortion for Tam Lin. The band really go for it with this one. It’s a breathless instrumental, with a rocking guitar solo from Greaves, and there’s nothing quite as fast as Brandon’s bow. An appreciative audience calls them back for more: Sing for the Island/The Musical Priest from Burnell’s debut album Into the Green is a song of hope that is almost anthemic, a call to arms, and it’s a perfect finish. 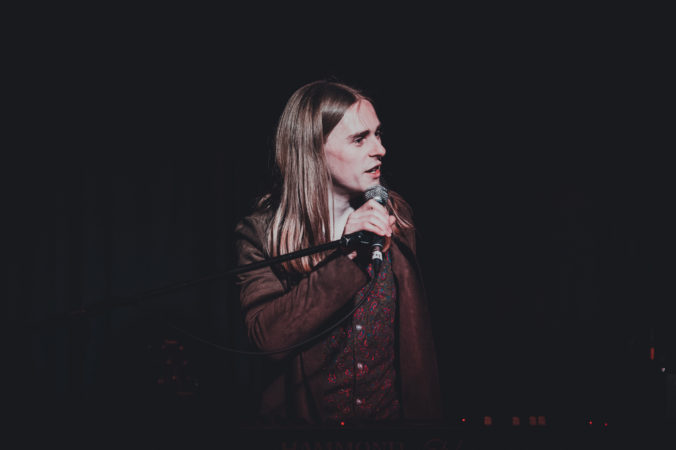 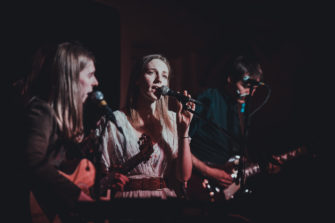 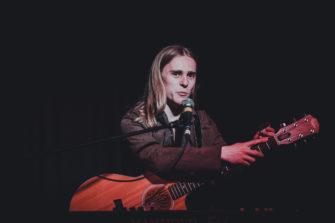 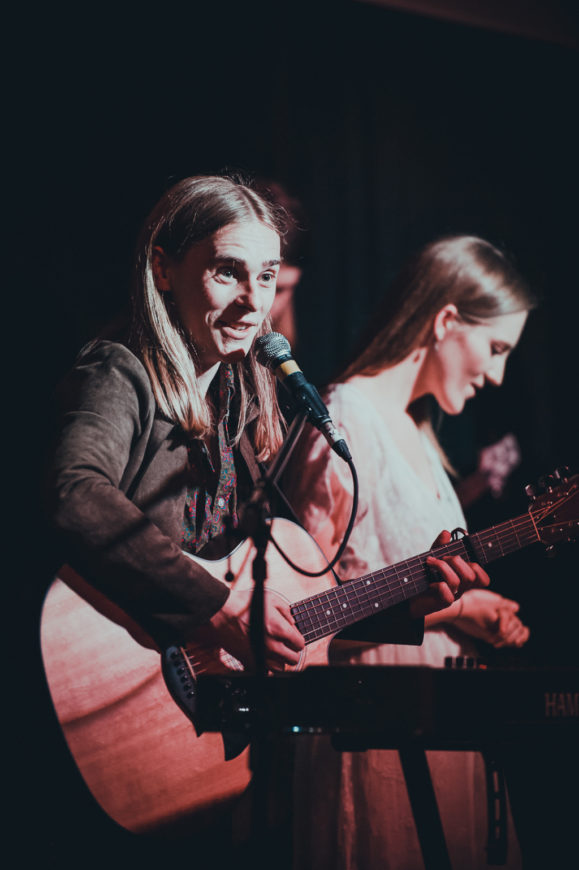 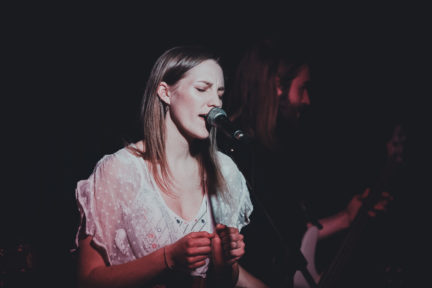 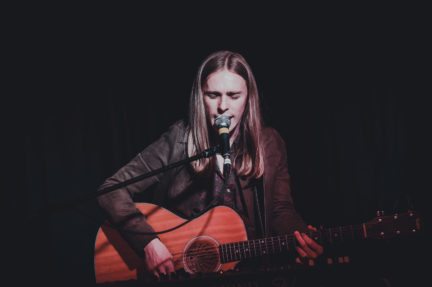 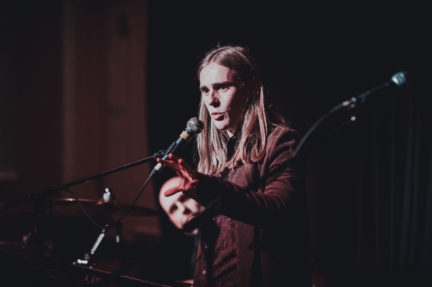 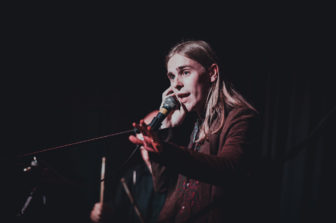 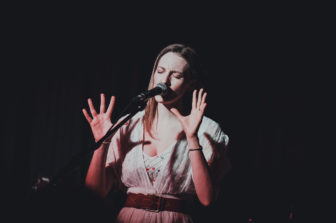 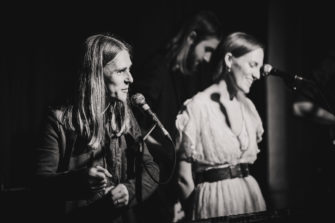 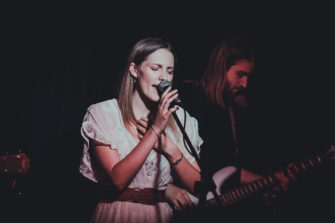 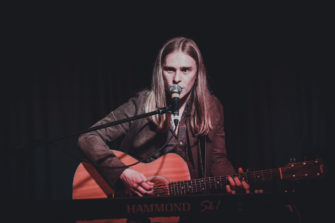 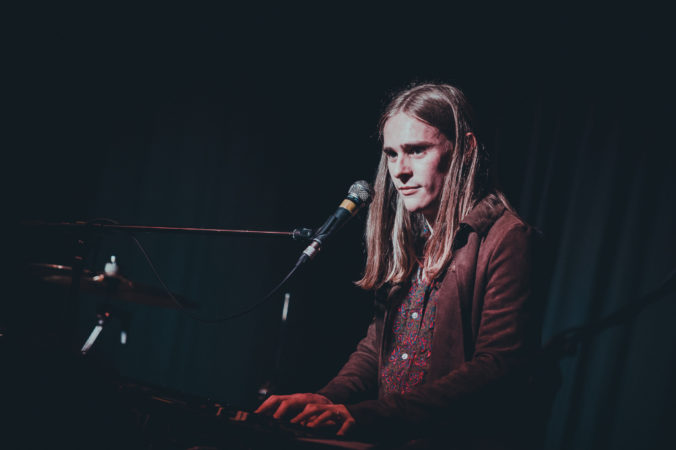 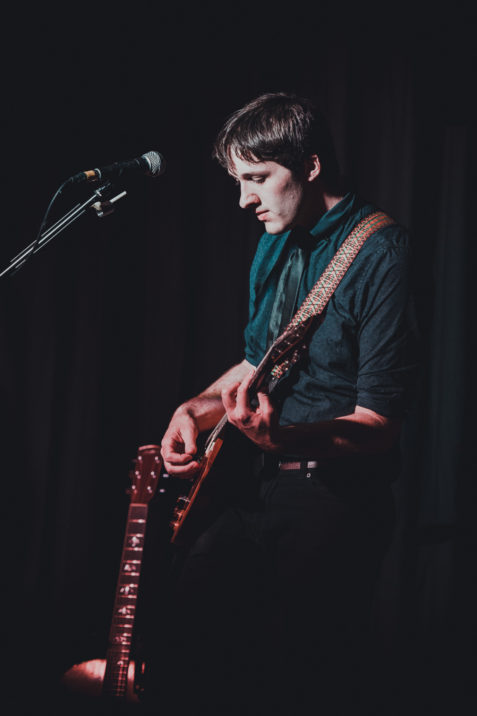 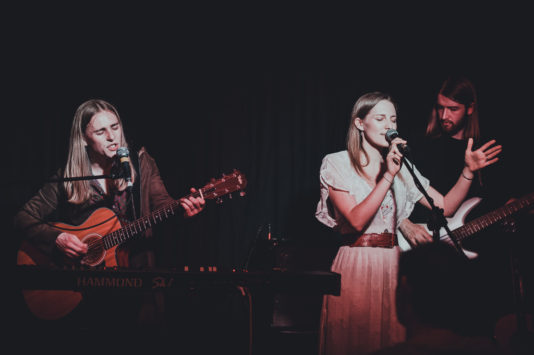 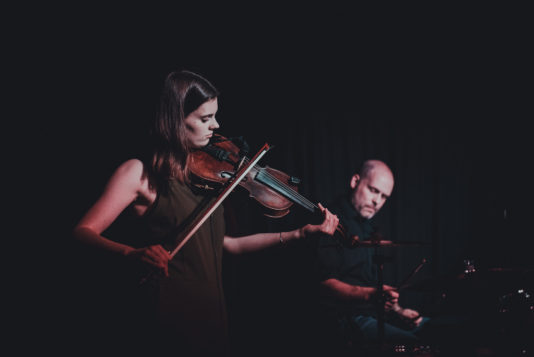 Watch the video for Skylark & the Oak here:

Skylark & the Oak, Tam Lin, Sing for the Island