User Not Found at the Coffee Works Project, Battersea 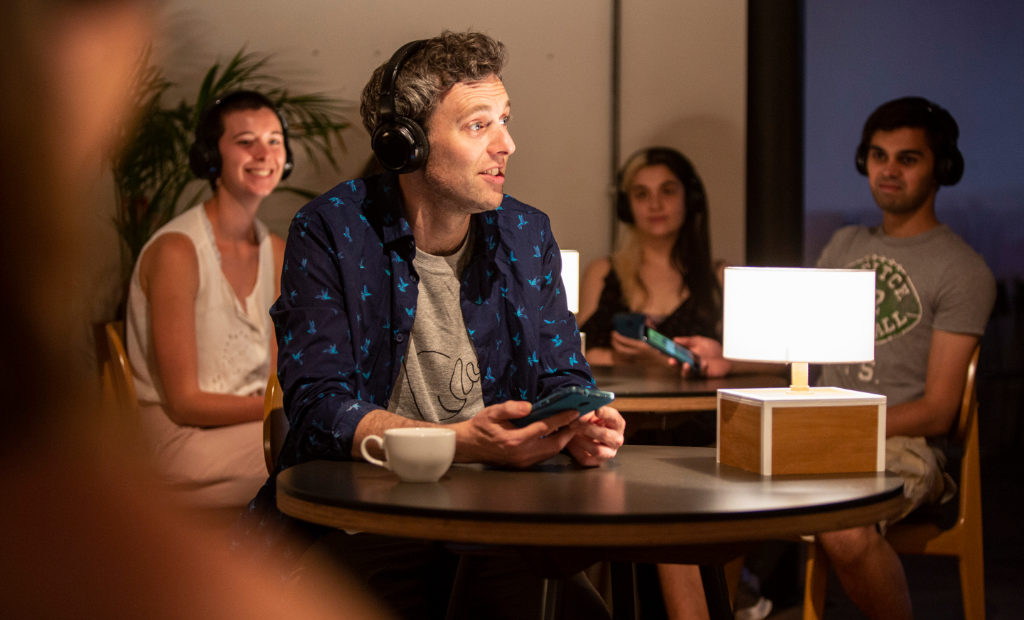 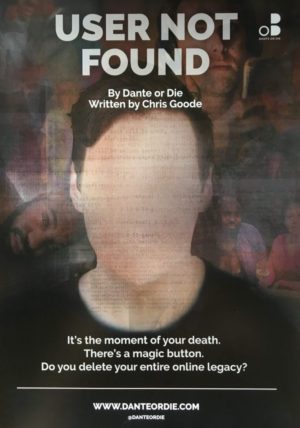 In the Coffee Works Project, a chic industrial cafe located in the new Battersea Power Station development right opposite the chimneys, theatre company Dante or Die’s humanist science fiction, User Not Found, takes over the space nightly for an immersive coffee shop-set monologue that uses technology in innovative ways. Each audience member is given a smartphone, which duplicates the screen used daily by our narrator, Terry (Dante or Die’s co-artistic director Terry O’Donovan). As he scrolls we see his texts, his photos and the moment that he learns about the death of a loved one.

What follows is an hour-long meditation on the grieving process, as our narrator struggles with having been nominated to be the user of a handy new app that lets one individual scroll through a dead person’s online footprint and decide what sticks and what doesn’t, shaping the digital legacy of the person he’s lost. The Facebook stalking stakes have never been higher.

O’Donovan gives a warm, funny performance that brings the audience thoroughly into his sorrowful mindset. And the interaction with technology is quite splendid. We listen to his words through headphones, which isolate each spectator, a comment on how online life might be dividing us. As Terry literally swims through waves of depression, which he describes as digital code, a psychedelic visual plays on each phone. Dante or Die truly find the infinite in infintesimal code.

Despite this formal skill, User Not Found is an unsatisfying experience. The play is so thoroughly focussed on Terry’s psychology that it is ultimately apolitical about the technology that it uses as part of its form and its text. Set in an upscale cafe opposite the site of one of the world’s largest ongoing regeneration projects, is it inherently an endorsement of an all-consuming digital future? One can’t help but wonder if the play’s placement here is but a tool to sell its audience on the idea of the new Battersea Power Station as a space of culture, free ideas, freedom, rather than a gigantic retail space and the site of a new Apple HQ.

How aware of this is User Not Found? In a key moment, Terry describes the lights going on in a city as the phones in each theatre-goer’s hand gets brighter and brighter. It’s an impactful moment, which swells the heart at the possibility of technology, but is it an empty gesture, when you walk outside to see the shell of Britain’s iconic power plant, a bastion of industry, transformed into another symbol of the country’s haves and have nots?

User Not Found is at the Coffee Works Project, Battersea from 17th May until 2nd June 2019. For further information or to book visit the theatre’s website here.