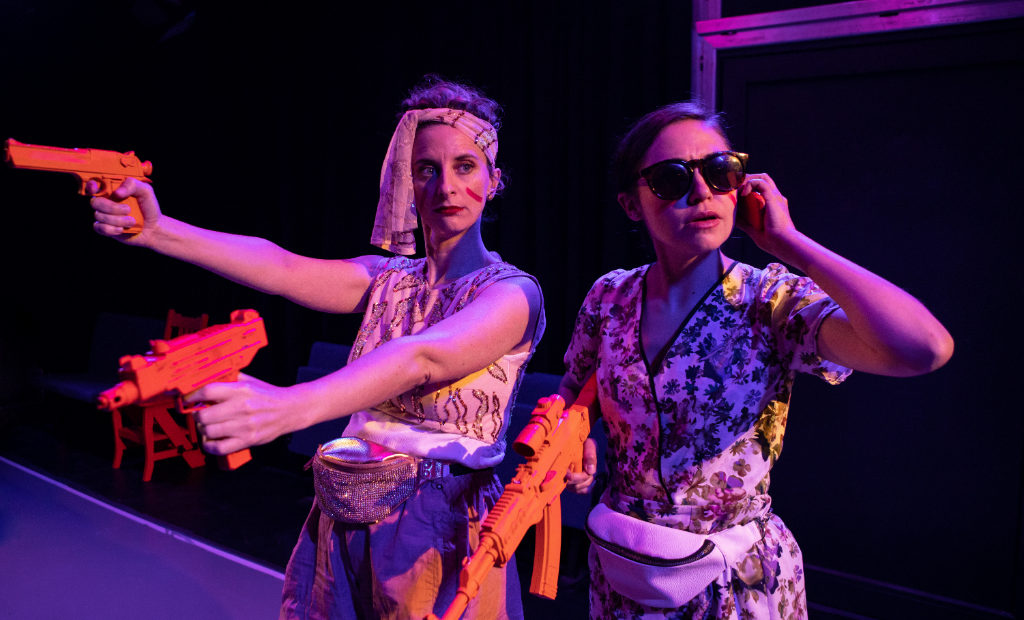 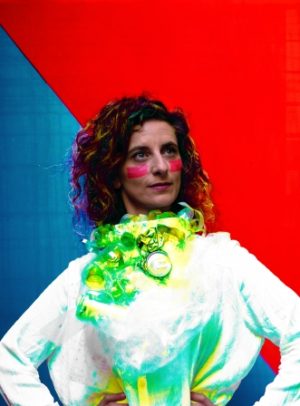 David Finnigan’s exciting play is packed with dancing, action and comedy that brings the audience in the small theatre space centre stage, but above all it is highly relevant and refreshingly undeterred in its eco-critical exploration of the real threat of the impact of failed dialogue. The piece explores the extent to which political powers, who are responsible for collective decisions about our existence as a species and our impact on the earth, are responsible for this failure. Kill Climate Deniers does not, however, stop at merely discoursing climate change – rather it pushes boundaries in its daring approach to imagine radical change.

The narrator, Finig (Nathan Coenen), begins by discussing the provocative title of the play and the criticism it generates by isolating a group of people whose persistence to deny the threat of climate change is a dangerous barrier to our collective efforts to act. Felicity Ward as Gwen Malkin, the Environment Minister, hilariously dramatises the absurdity of a politician who is evidently out of touch with the reality of the environment, the public whom she is to represent, the catastrophes caused by the exploitation of natural resources for which consumption depends, and the public demand for change.

Georgina Bekken (Kelly Paterniti), Press Officer to Ms Malkin, joins forces with the Rambo-like character that becomes the politician as she responds to the siege of the Australian Parliament. This satirical reference to Hollywood action films pits four women against one another while the mastermind behind the siege, Catch (Bec Hill), continues with endless energy to provide hope to be able to imagine alternative political realities.

Dance music forms the backdrop to the rage, despair and panic of the threat of extinction and the inadequacy of the effort to work towards realising an eco-friendly future – and all this at a Fleetwood Mac show, complete with a performance by band member Throat (Hannah Ellis Ryan).

Under Nic Connaughton’s direction and with Kirsty Gilmore’s sound design, Finnigan’s play comes to life with a fury that is as funny as it is fierce. Kill Climate Deniers is an evening exceptionally well spent.

Kill Climate Deniers is at Pleasance Theatre from 4th until 28th June 2019. For further information or to book visit the theatre’s website here.