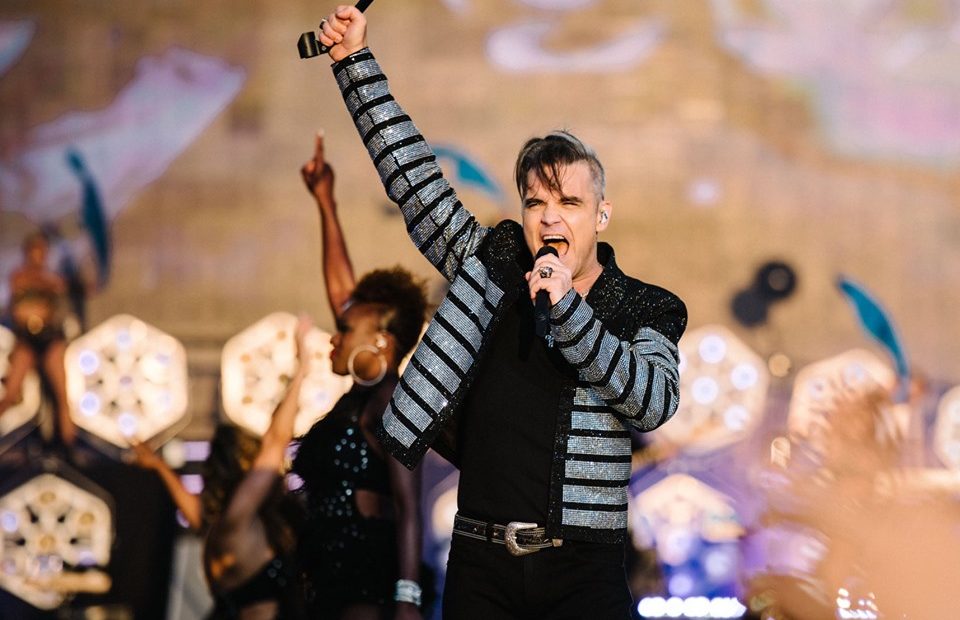 Fresh from a double Las Vegas residency, Robbie Williams performed in front of a 70,000-strong crowd in the heart of London for British Summer Time 2019.

The set began with a bang as the singer entered the stage to perform Let Me Entertain You, an early classic from his debut solo album and an instant crowd-pleaser.

Formerly a member of Take That, Williams sang Never Forget as a tribute to his days in the band, together with a number of former X Factor 2018 acts: LMA Choir, Misunderstood, duo Acacia and Aaliyah, Scarlett Lee and United Vibe. One of the sweeter moments of the night was when his father joined him on stage – it’s becoming a classic – for a cover of Neil Diamond’s Sweet Caroline.

The British showman always enjoyed covering other artists’ songs, and tonight he dedicates a good portion of the concert to this: from Queen’s We Will Rock You to Chris Kenner’s 1000 Dances, as well as Shaggy’s It Wasn’t Me and concert-closer My Way. Two hit singles of his were covers too, Something’ Stupid (which was originally recorded with Australian actress Nicole Kidman) and She’s the One, both of which he played, amusing the Hyde Park audience.

An early highlight was Come Undone, which induced a massive singalong. Later, generation-defining tracks Millennium and Feel made us nostalgic about the late 90s and early naughties. As expected, with the sky turning dark, a rendition of Angels provided the emotional peak of the day.

It was a great performance for one of England’s most beloved singers. Before his show, Keane made their comeback London appearance – ahead of their Royal Albert Hall concerts in September – and Black Eyed Peas properly warmed up the crowd with hits such as Boom Boom Pow, Pump It and Where Is the Love – though we aren’t quite sure why they didn’t play I Gotta Feeling. Perhaps they were sparing the audience from going hoarse singing along with the headline act.

Watch the video for Angels here: