Mr Gum and the Dancing Bear at the National Theatre 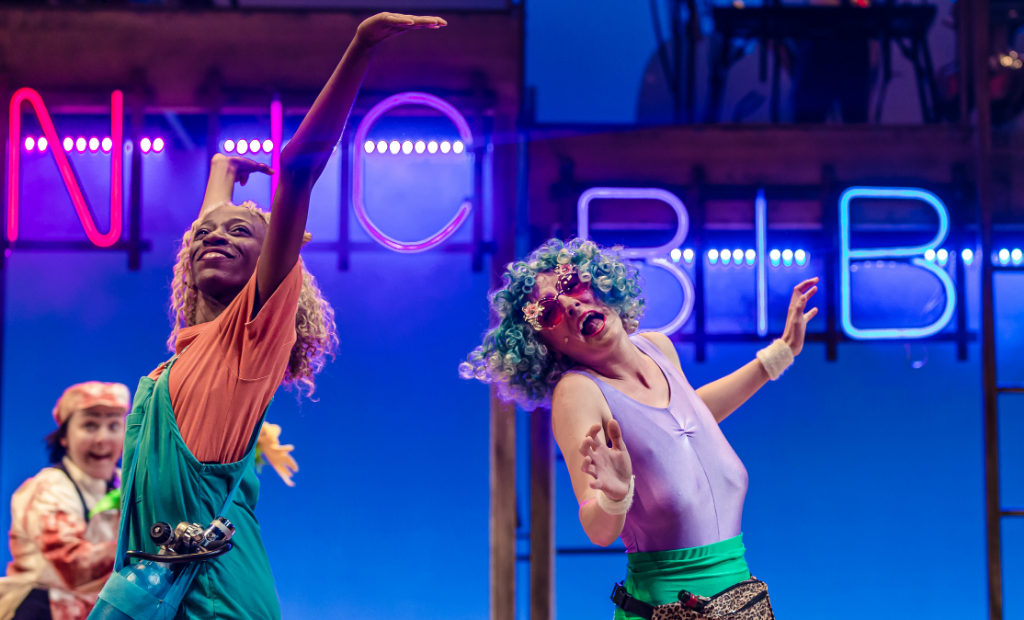 Mr Gum and the Dancing Bear

Reviewing a show like Mr Gum and the Dancing Bear without actually having a kid is a bit tricky. Nevertheless, the Pixar-ification of entertainment has created a certain level of expectation going into anything aimed at children as an adult, something Andy Stanton seems keenly aware of when adapting his book for the stage. And while this production might coast on liberal doses of meta-theatricality – director Amy Hodges helps lend it the feel of a summer pantomime – it nevertheless has enough to keep mums and dads grinning along with their offspring.

Mr Gum (Steve Furst) is absolutely gasping for a pint. Penniless and frustratingly lager-free, the bearded menace thinks he has hit the jackpot when he stumbles upon a homesick bear. But nine-year-old Polly (Keziah Joseph) isn’t going to let Gum get away with abusing her new ursine friend. Their battle over the newly-christened Padlock takes them from Lamonic Bibber across the seas, via scary docks and the Nantucket Tickler, all the way to the Kingdom of the Beasts…

If you are unfamiliar with the source material, it’s not hard to pick up on its influences. The most obvious antecedent is Roald Dahl. The musical has the same willingness to show children moments of grossness and violence, with a villainous main character that hates smiling sprogs. If we’re being honest, the similarities with Dahl go further than that; Mr Gum could be Mr Twit’s alcoholic brother, only crossed with Bill Sykes courtesy of Furst’s delightfully nasty performance.

A strand of wacky randomness is very Mighty Boosh in execution, with gingerbread headmaster Alan Taylor and sea-bound scamp Microscopic Bobby. Helena Lymbery’s gormless Billy even has shades of Perry of Kevin & fame. Other elements probably could be left in the past, namely the fat suit Gary Wilmot wears as the chipper Mr Ripple.

There are oodles of charm to Georgia Lowe’s boardwalk set and cartoon costumes. And Jimmy Grimes’ puppets are beautiful, especially the raggedy allure of the titular bear, brought to shuffling, melancholy life by Kate Malyon.

What lets Mr Gum down is the music. It can be hard to make out the lyrics, and the songs are often nothing more than repetitive ditties (admittedly it is aimed at the seven to nine age range). There are some fun moments, specifically a ballad that proudly announces itself as the saddest song in the show. But remove the musical aspect altogether and you’d have a tighter, just as funny production that could more consistently move with the archly silly pace exhibited at the show’s best.

Photos: The Other Richard

Mr Gum and the Dancing Bear is at the National Theatre from 25th July until 31st August 2019. For further information or to book visit the theatre’s website here. 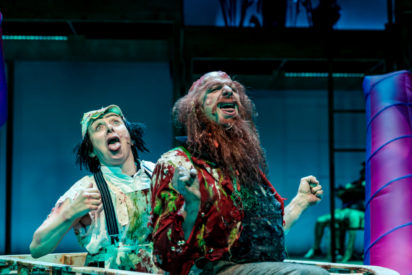 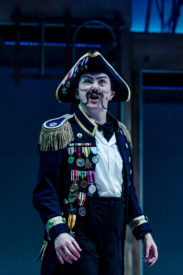 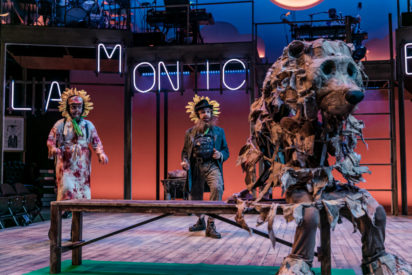 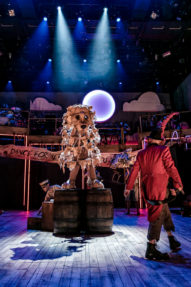 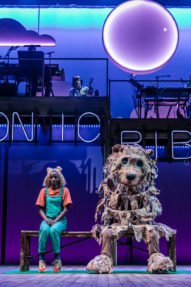 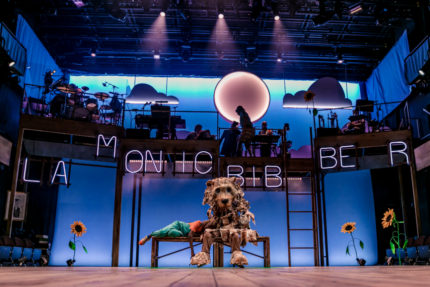 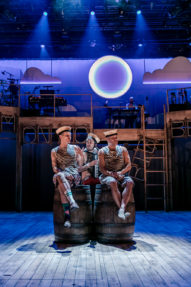 Mr Gum and the Dancing Bear

Camden Fringe 2019: When It Happens at Tristan Bates Theatre | Theatre review
The Rails at the Lexington | Live review