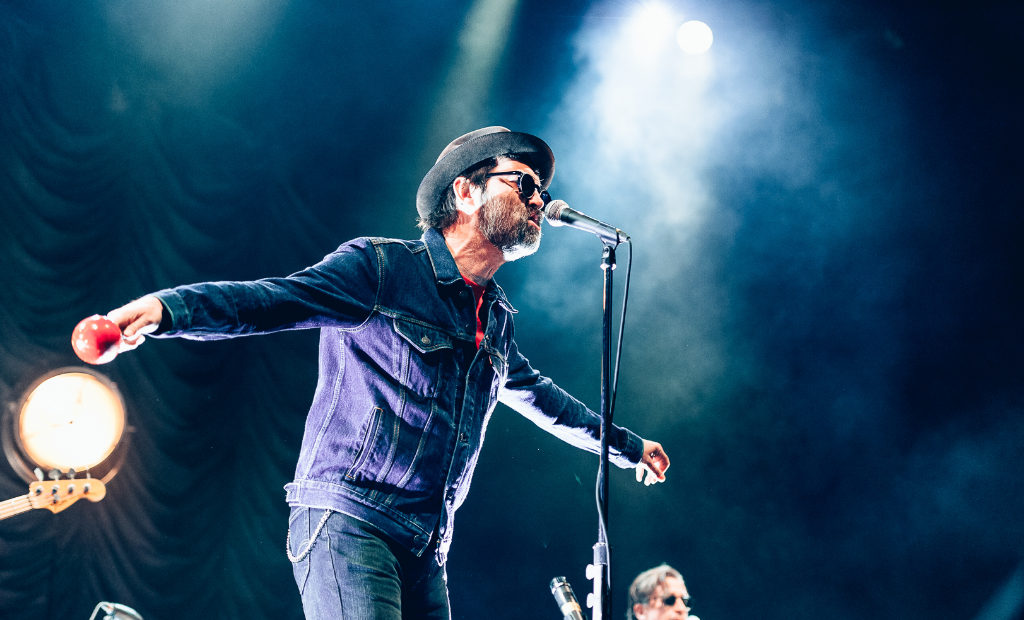 When Eels formed in California in 1995, singer/songwriter and multi-instrumentalist Mark “E” Everett was in his early 30s, already part-way into adulthood. He’d had a chance to wrestle with a harrowing childhood – one he describes with sensitivity in his critically lauded autobiography Things the Grandchildren Should Know – and emerged with an outlandish imagination that lent vibrancy and originality to his creative output. Eels became a cult sensation – they were never set to be global superstars.

Since 1996 and the mainstream popularity of hit single Novocaine for the Soul, the group has released 12 studio albums. Currently, they are touring The Deconstruction, the posters read “The triumphant return of Eels” – though it should be noted they played at Brixton Academy just last year. In fact, there’s rarely been a stationary moment throughout E’s 24 years as band leader.

Trumpets resound through Hammersmith Apollo and Eels make their way onto the stage. The bombast breaks and the rockers launch into an indiscernible, cacophonic opener. The seated crowd stares perplexed, not altogether sure what’s happening.

This evening’s first genuine tune comes three songs in, a Prince cover. “I was working part-time in a five-and-dime” – Raspberry Beret fills the Apollo. Eels shuffle a strange, synchronised half-twist dance. Bone Dry follows, using rolling bass drums and red lights to thundering vampiric effect. At “What becomes of a man like me / set adrift, lost at sea / I’ll set a fire, look up for it / Lookin’ for me, I’m a pink sunset”, the instrumentals lapse and white backlights shine on E, casting his silhouette against the wall.

Eels are at their peak tonight in quiet moments. Mimicking stadium bands, the singer shouts to the audience, “Are you ready to soft rock?”, before jumping into a rendition of I Need Some Sleep, followed swiftly by another of that ilk, Dirty Girl.

In fleeting glimpses, the frontman has the appeal of an American Jarvis Cocker: charismatic and suave, dancing awkwardly until the crowd decides, “Yes, we love it”. But E often feels desperately eccentric, cloying to oddness as a buoy after lyrical holes (poetic merit: rhyme, imagery, metaphorical play, depth of meaning) sink his ship. And though Eels’ near 30-track set is punctuated by notable highlights, the songs that are downright unlistenable stick out most. 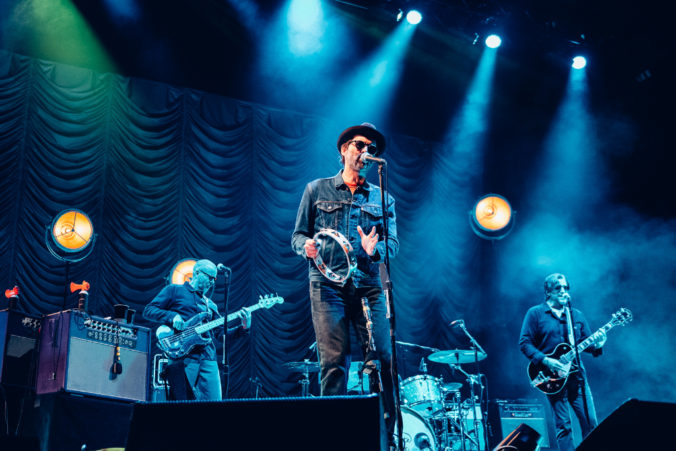 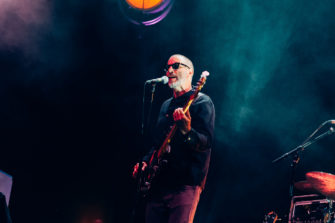 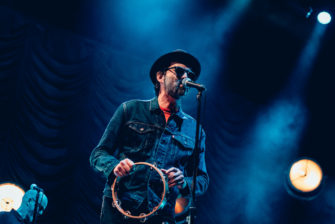 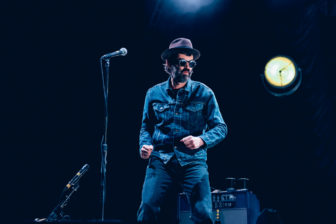 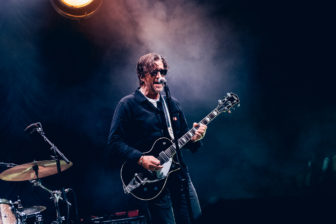 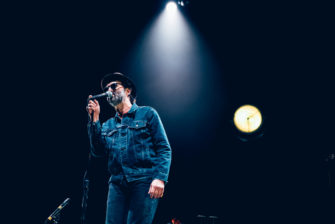 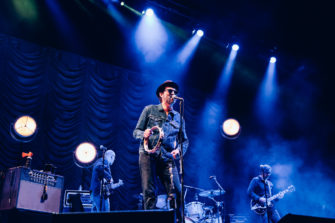 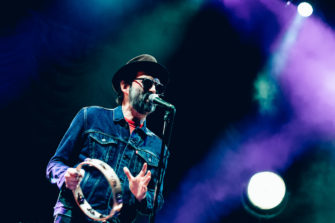 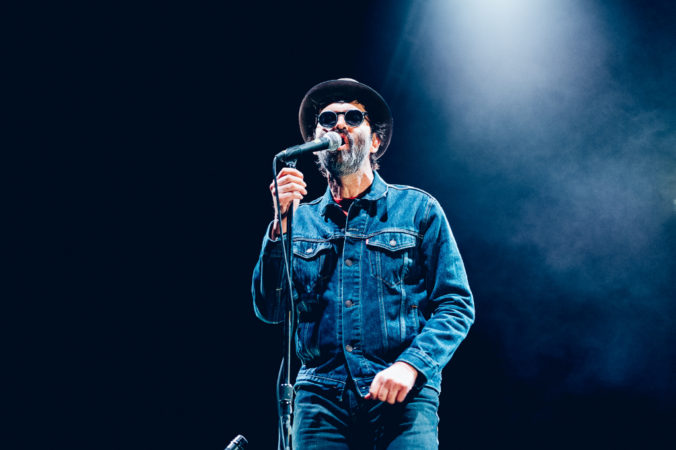 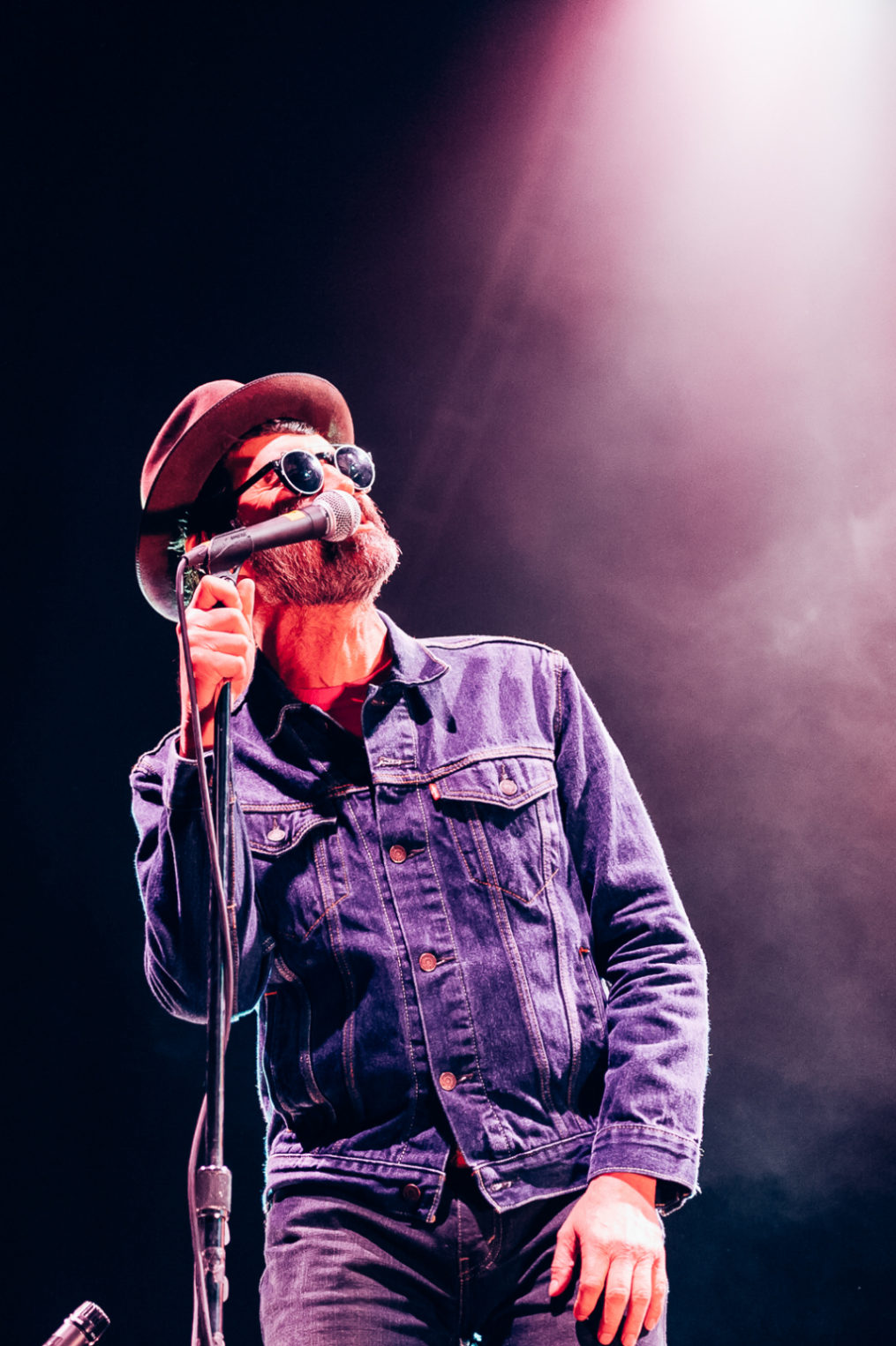 Watch the video for Today Is the Day here: