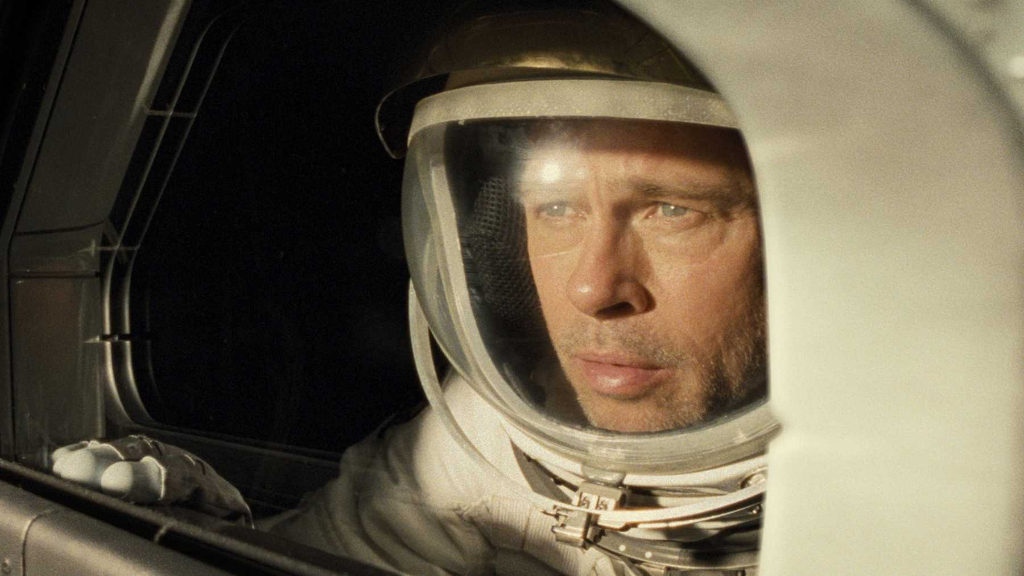 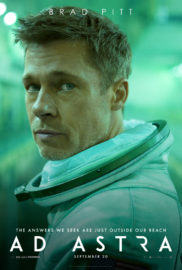 For Brad Pitt, 2019 is shaping up to be one hell of a year. Only a matter of weeks have passed since Cliff Booth graced our screens in Quentin Tarantino’s summer smash hit Once Upon a Time in Hollywood and the star is back again, this time in the leading role of director James Gray’s sci-fi, galaxy exploring adventure thriller Ad Astra. Over the last decade, movie fans and cinema-goers have been blessed and inundated with interplanetary expeditions including the likes of Interstellar, Gravity, The Martian and First Man to name a few. Numerous films that received critical acclaim, some placed on a pedestal alongside the all-time great of 2001: A Space Odyssey.

Ad Astra nestles itself quite comfortably in amongst these solar system-spanning ventures whilst taking noticeable inspiration from Stanley Kubrick’s galactic epic, seizing upon the core elements and cinematic experimentation, and making something even more breathtakingly beautiful.

Set in the “near future”, Gray’s film follows Roy McBride, an astronaut and son of the famous missing astro-pioneer Clifford McBride (Tommy Lee Jones), as he is drafted in for a search and destroy mission that will hopefully cease the electrical power surges that are risking the future of mankind across the solar system. In a mission that takes him from Earth to the Moon, to Mars and beyond, Roy discovers a hidden secret that changes the course of his operation, forcing him to venture alone to the furthest point of human existence in search of answers.

What is truly fascinating – and one of the real hidden joys in the art of cinema – is how films can be made with so little dialogue, yet be so extraordinarily engrossing, getting your pulse raising without you even realising until your heart makes you purposefully aware. This movie is something really special. The pacing is unhurried, a slow burner if you will, but effortlessly flawless in the process, suiting the style and genre of the film throughout perilous freefalls, blistering rocket launches and the most tender emotional moments.

Brad Pitt is simply perfect for the role, performing in his own versatile, intriguing way. Far from Cliff Booth, playing a reserved, almost introverted character hiding repressed emotional heartbreak, Pitt tells a majority of Roy’s story through facial expressions and his eyes – no easy feat for an actor, rather something that only the best can execute. Supporting characters Tommy Lee Jones and Donald Sutherland add short boosts to the script, but really this is Roy’s story, a reality that Pitt views as no burden at all as he appears on set in practically every scene.

The movie’s cinematography, orchestrated by Hoyte Van Hoytema, is nothing short of spectacular, with gorgeous landscapes, including a lunar wasteland and the prepossessing orange hues of mars, playing host to rover chases and desolate walks, all encapsulated in a vast universe unravelling right before our eyes, as our protagonist ventures further and further into the unknown. Accompanied by Max Richter’s spine-tingling, faultless symphonic score, all tenets of what make this film so enthralling are pieced together with graceful aesthetic joy.

Furthermore, the curious attention to scientific detail means the audience can revel in moments of deathly danger in total silence, given the fact that sound doesn’t travel in space. It’s a surreal and totally unnerving experience, however this stillness is hauntingly beautiful. In general, the film does take the easy route out on the issue of scientific accuracy, effectively saying “yes we can do this because it’s the future”, but relative to the subject matter of the film, this non-Interstellar level of scientific explanation actually goes quite appreciated, not detracting from the narrative. The movie is still very clever in how it conducts itself, with the presumption of scientific advancement actually helping calm any qualms of restless arithmetic and telling the audience to just relax. It will all make sense in the end.

Dare it be said, Ad Astra could well be in Academy Award contention in a number of categories, so certainly keep your eye peeled once awards season is underway. This wonderful film is simply unmissable and acts as a reminder of how unproblematic thoughtful cinema can be.

“It’s about two children surviving family trauma. You feel their strength and feel they will survive”: Director Camilla Strøm Henriksen and star Ylva Bjørkaas Thedin on Phoenix
“There’s no such thing as the perfect happily ever after; someone always loses”: An Interview with Cressida Peever, writer of Red Palace