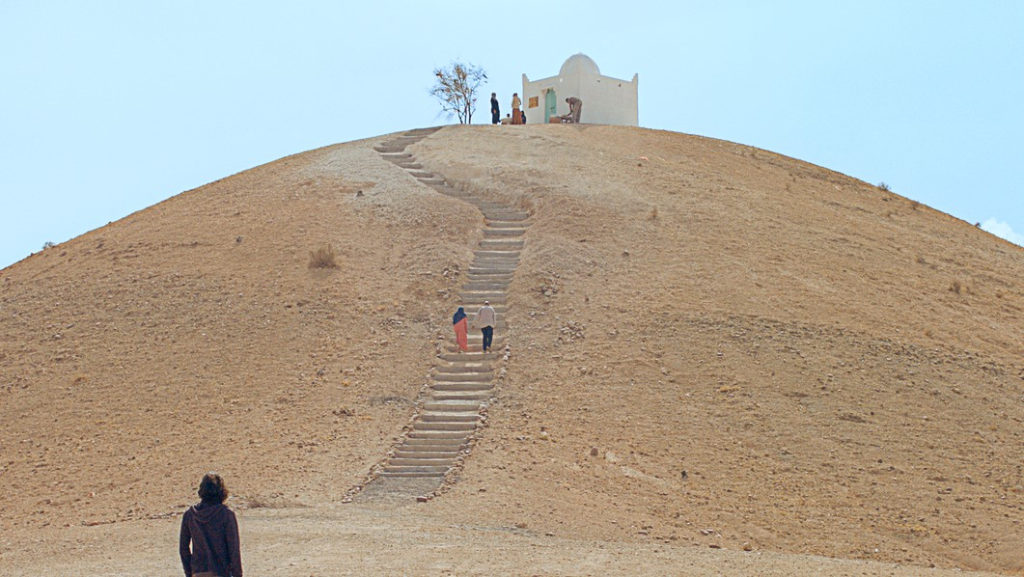 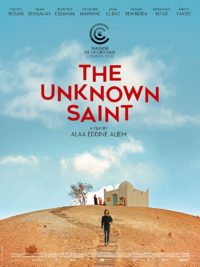 It would be easy to assume from the opening scene of The Unknown Saint, as we watch a desperate thief dig a grave for a bag of money in an arid desert, that we are entering a depraved and desolate world. And yet, Alaa Eddine Aljemis’s feature is so rich in characters and visuals that it is a deeply nourishing cinematic experience.

The premise of the picture is simple yet ingenious. When the aforementioned fugitive (Younes Bouab) is released from prison and returns to collect his money, he finds that his grave has been mistaken for that of a saint, thus encouraging a settlement to be built around the site. As the godless criminal plots how he might retrieve the cash still buried in the shrine, we are taken into this small and pious desert community where we witness an almost anthological portrayal of some of its inhabitants. Each thread is beautifully spun into a tapestry of religious devotion, from the tale of the failing farmers whose livelihood has been destroyed by the drought and their land forsaken, to that of the newly relocated doctor, who struggles to convert people from spiritual healing to modern medicine. The picture does get a little threadbare, however, when it comes to the female perspective.

Nonetheless, every character feels perfectly cast. It’s the humour of this story that really breathes life into each frame and the comic timing is subtle yet explosive, with laughter drawn from the smallest of gestures or the most meaningful of silences. The best scenes are stolen by the bemused doctor (Anas El Baz) and his long-suffering nurse (Hassan Ben Badida), a man who speaks little yet whose few words gift us with the funniest moments. Their dealings with the community lead to first exasperation, and then procrastination of the most inventive order. Their story explores the conflict between science and religion, but it also looks at how to bridge this seemingly unbridgeable gap. In parallel, the relationship between the thief and his dopey accomplice sits in perfect contrast, crumbling under the strain of greed.

In the end, whether you are driven by greed or devotion, everything is committed to the earth, dust to dust. The Moroccan landscape is an apt setting for this dry comedy, but we are anything but parched by the end – in fact, it leaves you full to brimming.

The Unknown Saint does not have a UK release date yet.