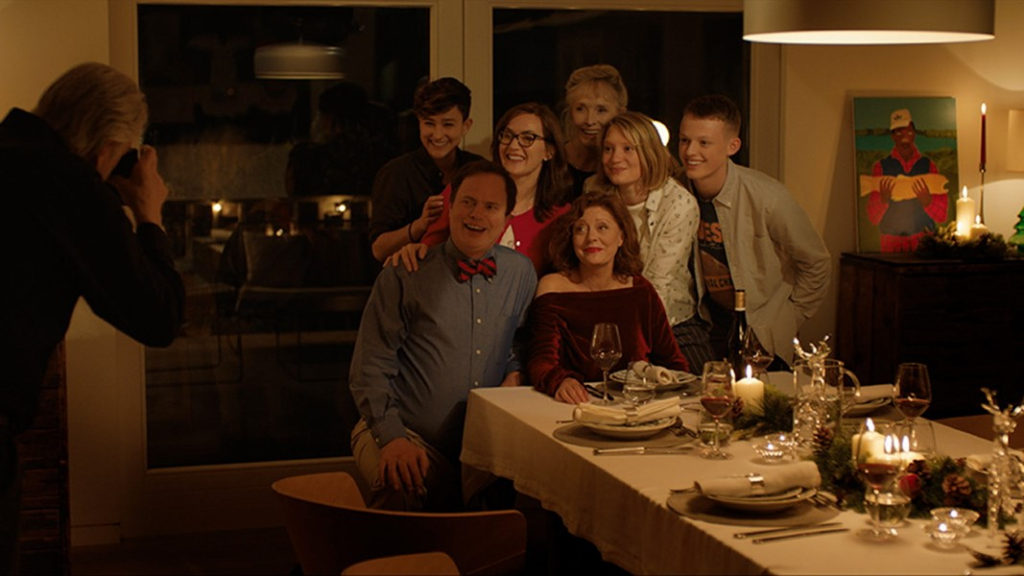 An American remake of the 2014 silent Danish film Silent Heart, Blackbird is an incredibly moving piece of cinema brought to London Film Festival by renowned British smash hit director Roger Michell. Starring a number of Hollywood favourites including Kate Winslet, Susan Sarandon, Sam Neill and Rainn Wilson, the film holds a great deal of promise, made even greater by its handling of the incredibly sensitive and topical subject of euthanasia. The question is, does the film pack the emotional punch it desires to, and if it does, how prepared must we really be to watch it?

Lily (Sarandon) is a wife, mother and grandmother who has found the latter years of her life blighted by an illness that will eventually render her unable to move or, eventually, breathe on her own. When the deterioration begins to accelerate, she and husband Paul (Neill) decide to get the family together for one last weekend before he helps her end her own life. With the family spending two days under the same roof, tensions are high, as Anna (Mia Wasikowska) is thoroughly against the idea of her mother conceding defeat, much to the disapproval of her sister Jennifer (Winslet). What unravels is a deep dive into morality, love and death: a concept that is so difficult for anyone to face or even comprehend.

The main subject matter of this film is incredibly delicate and must be handled with extreme care, the filmmakers being sure not to spoil the piece by interpolating too many forced scenes of entertainment, all while maintaining a natural flow to the dialogue. In this case, the whole cast plays its part in making this film so devastatingly believable – not least Sarandon, who does exceptionally well to portray a character so satisfied with the conclusion to her own story. There are a couple of plot twists that feel a little crowbarred into the script as a breather from the heavy content; they are appreciated, given that practically all its time and energy is otherwise invested into the discussion of assisted dying, but still feel annoyingly forced.

There is also a question mark over the title, for the film never particularly addresses why “Blackbird” is a fitting reference, but nonetheless, the film is heartbreaking right up to the closing credits. The ingredients that go into Blackbird feel a little familiar, but thanks to the excellent performances, it will readily spark debate about the issue of euthanasia’s legality or illegality around the world. So the warning beforehand is this. Be ready before seeing this film: there will be tears.

Blackbird does not have a UK release date yet.