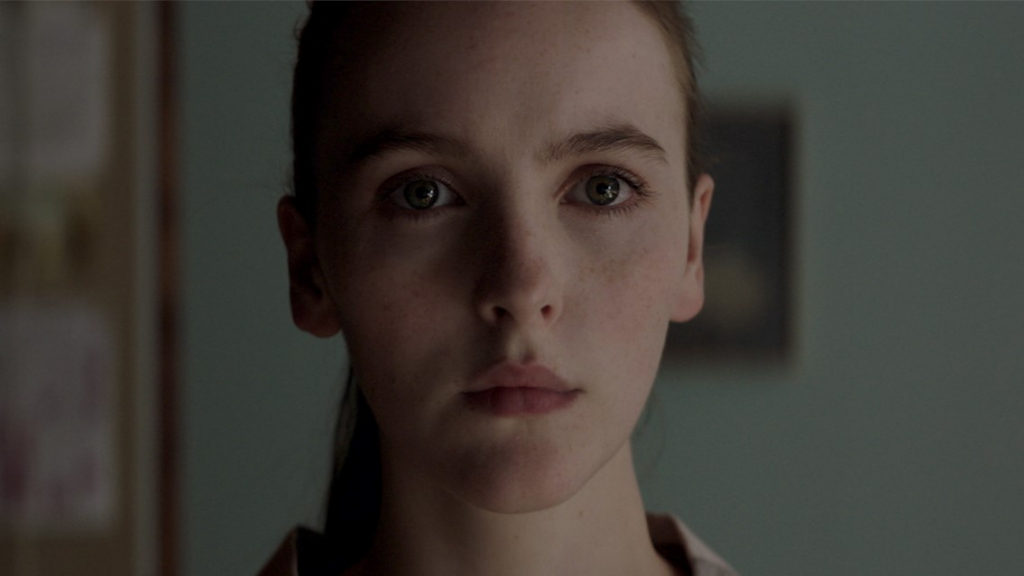 Apparently,  it is common for owners of perfectly healthy pets to ask vets for their animals to be euthanised. Though perfectly healthy, the animals misbehave, which is enough to warrant their deaths. Rose Plays Julie, a quiet but pointed film, precariously alludes to the same argument but applies it to badly behaved humans.

Rose (Ann Skelly) is a twenty-something veterinary student. She is silent, reserved and fixated: the film opens with her determined search for her birth mother. Anonymity was a term of her adoption. Nonetheless, Rose approaches her actress mother in the hope of understanding who she might have become had her life swung in a different direction. Rose not only meets her mother, but learns that she was conceived through her father’s abusive sexual misdeeds. Now in pursuit of her estranged father Peter (played by Aidan Gillen), Rose – perhaps inspired by her mother’s profession – convinces him that she is Julie. “Julie” then takes retribution into her own hands.

The film leans towards steady brooding realism, yet also requires incredible bouts of patience. It offers an interesting rumination on selfhood and the forced confrontation of the traumatic past. The film’s thematic explorations are aptly echoed by Peter’s archaeological profession. But the slow series of theatrical monologues which dig up memories of decades past grow wearisome.

Despite its deliberate pace, it is unclear where the film might go. While you may not be frozen to the edge of your seat, you may well be curious as to what is going on in the minds of Rose Plays Julie’s two directors, Joe Lawlor and Christine Molloy. The prickly unease they generate is magnified by the immensely affecting soundscape, which articulates the intensity of Skelly’s performance.

Rose Plays Julie is an awful family reunion, a film stripped of joy but adamant in its assertion that “no means no”.

Rose Plays Julie does not have a UK release date yet.