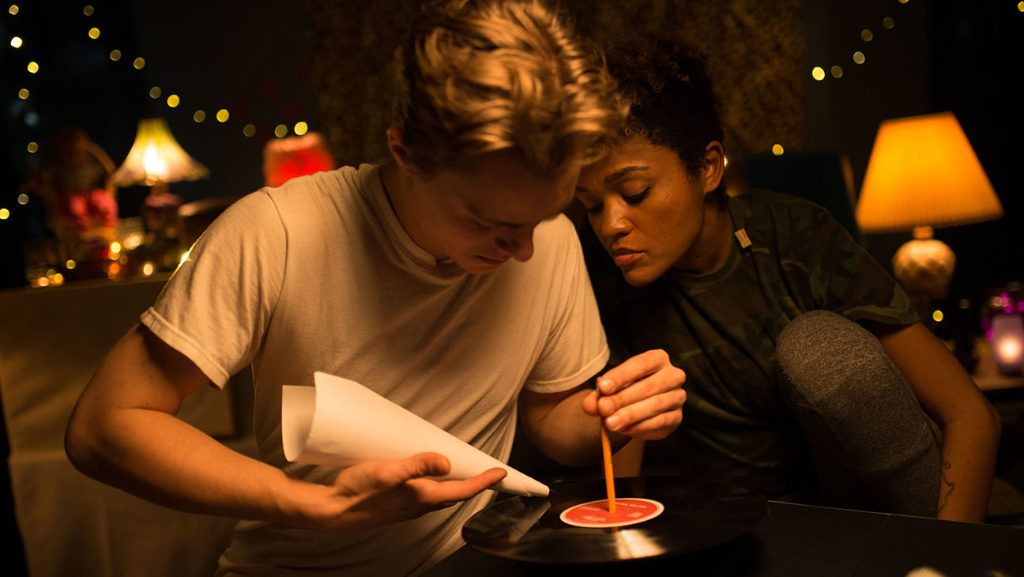 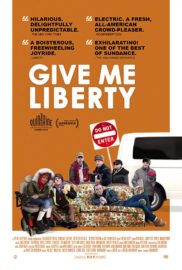 “And at once I knew I was not magnificent”. The dulcet tones of Bon Iver’s Holocene vibrate through the very bones of Kirill Mikhanovsky’s tight and turbulent comedy. But though the lyrics may sound bleak – they are written about the artist’s “dark night of the soul” – this is a song about realising that you can be unremarkable and still be a part of something remarkable. Give Me Liberty is a collage of intertwining working-class lives that shows how even the smallest encounters can create the most significant of connections.

American-Russian van driver Vic (Chris Galust) is always running late, but today his mounting responsibilities could cost him his job. On top of transporting disabled clients around Milwaukee, he’s got to look after an eccentric Russian grandfather and his neighbours, all of whom want a lift to a funeral, along with free spirit Dima (Maxim Stoyanov), who claims to be the nephew of the deceased. Unsurprisingly, Vic’s passenger Tracy (Lauren Spencer), an African American woman with ALS, is not a happy customer. However, as their journey swerves way off course, bonds are forged in the fires of chaos.

Mikhanovsky takes a single day and stitches a patchwork quilt of endearingly quirky yet entirely convincing characters. This frenetic film spans every generation, examining the parents who have worked their lives to fight for the freedom of their offspring and the children who bear the burden of trying to transcend new obstacles whilst living up to these expectations. In several scenes, Russian immigrants sing mournful tunes, recounting their barbaric background, but in another sequence we are caught in the middle of present-day race riots, suffocated in the midst of crowds, the light and sound convulsing into an unbearable frenzy. The use of black and white is striking, highlighting a stark colour divide. For African Americans, this is no land of the free.

Despite unfortunate circumstances, unlikely alliances form: Tracy attends a Russian wake; Vic joins her at a family dinner; an elderly Russian plays the accordion at a talent show for the disabled. A cast of mainly non-professional actors brings real-life experience into the fold, and humour springs out from around every corner. Dima flirts with reckless abandon; Vic’s grandfather enthusiastically pulverises a chicken with a kettlebell; one of Vic’s clients spouts incessantly about people who complain too much. The screenplay is incredibly well-crafted – it never leaves the realm of the believable, but yet magic grows and comedy blossoms as worlds converge, the abilities of the disabled are celebrated and cultures collide.

Give Me Liberty is a gloriously unpredictable ride that paints a street-level picture of the people who have the least but who find wealth where they can: in community.

Give Me Liberty does not have a UK release date yet.

Watch the trailer for Give Me Liberty here: