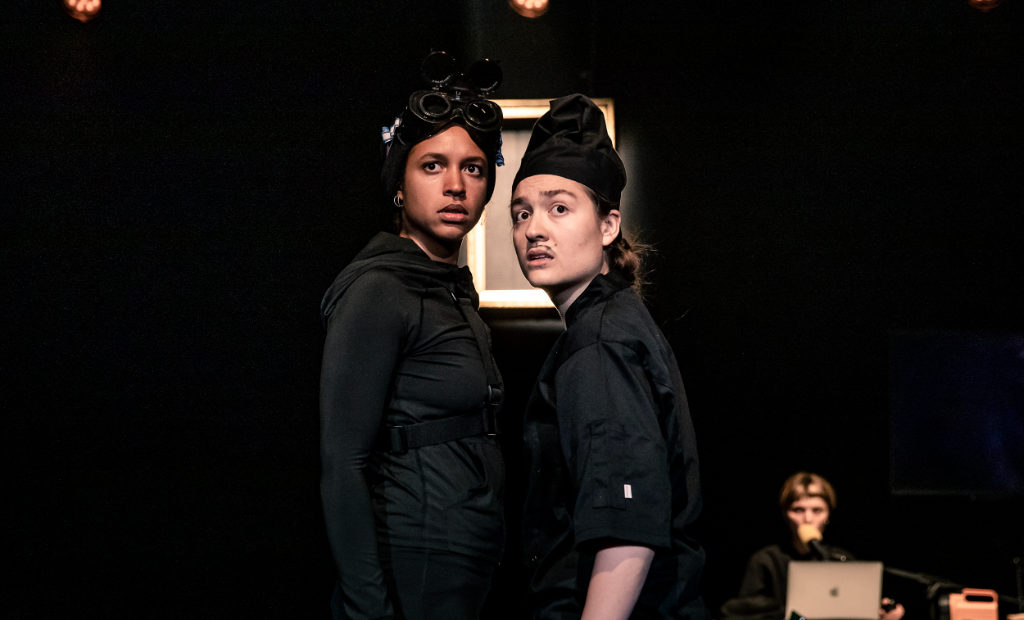 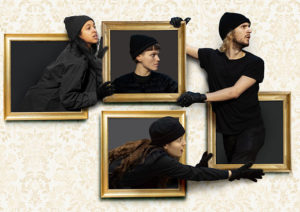 Three thieves, all with their own personal agendas, swarm into a renowned art gallery one night, looking for their next big heist. They are bound to meet; things are bound to go wrong, life is bound to get messy.

Critically acclaimed experimental comedy Art Heist, recipient of the 2019 Underbelly and New Diorama Untapped Award, is a profoundly existential piece, debating humanity’s programmed fascination with art. Blending movement, humour, music and audience interaction, the show serves to brighten up what would have otherwise been a dark and convoluted narrative to unfold. What is art? What makes it extremely valuable? Is capitalism about to determine or destroy the very essence of who we are? What are dreams? Do our realities match up to them? These are only a handful of the questions explored by this production, as Art Heist showcases the role of cognitive malfunction and its power to alter sound judgement; it furthermore goes on to shed light on the very dangers that exist when society enables itself to be guided by the troublesome forces governing it.

Playful and imaginative, rich and meaningful, this is a production that is not to be missed. Some of the funniest sequences include a naïve security guard’s hospitable interaction with the thieves, that which stirs its fair share of both laughter and sympathy, as well as the camaraderie between the robbers themselves when they come to realise that it’s often the thrill of the chase, and not the acquisition of one’s desires, that provokes action. Though the concept of Art Heist is firmly attached to the world of paintings and galleries, the message is universal: finding one’s own way is always more welcome than following the crowd. It is, without a doubt, safe to say that the Edinburgh Fringe’s starlet has well and truly been born.

Ghazaleh Golpira
Photo: The Other Richard

Art Heist is at New Diorama Theatre from 15th until 26th October 2019. For further information or to book visit the theatre’s website here.