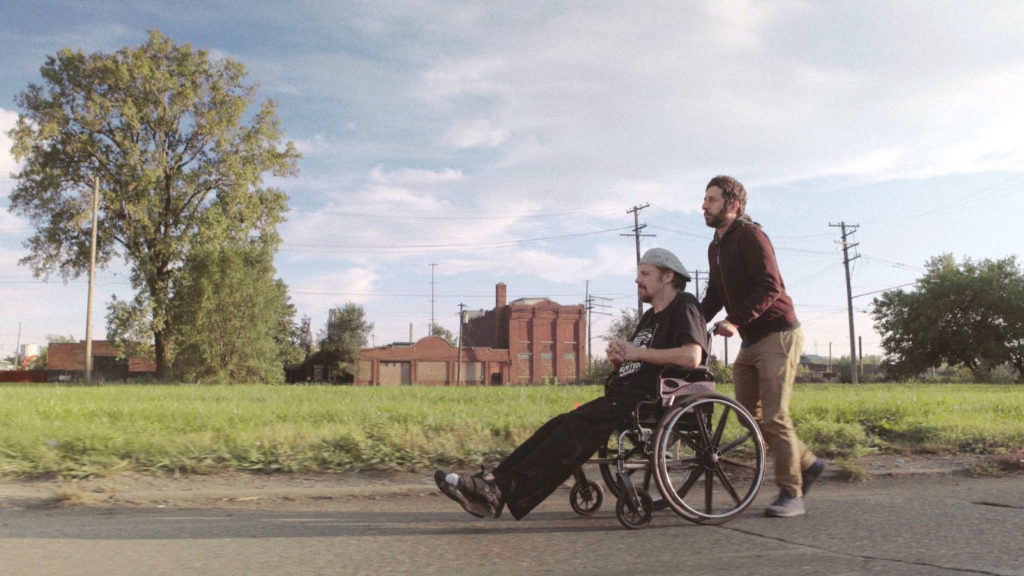 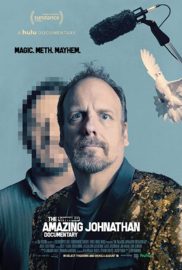 A tribute to the notion of playing it by ear, Ben Berman’s The Amazing Johnathan Documentary is improvisation in the making, as the filmmaker rescues a biopic which descends into chaos. Brilliantly reinventing it, he transforms a potential disaster into a remarkable success – surprising the viewer and everyone involved.

Animal House rowdy with a dash of Penn & Teller, The Amazing Johnathan’s brand of shock-magic has experienced huge popularity. A friend of daredevil Chris Angel, his style is equally outrageous but leans toward slapstick gross-out humour rather than death-defying stunts.

The shooting of the movie begins after the illusionist has found out he is dying of a heart condition. Retired, he lounges around his mansion all day with his wife, waiting out the last year of his existence – except three years later, he’s still around, and so decides to resuscitate his famous act. Bored by his inactive life – playing with an inflatable shark in his pool or talking with a robot named Echo – Johnathan subsequently goes back on the road.

Though the piece is technically about the star, the filmmakers themselves become major characters when it is revealed that there are two, then three, then four competing documentaries being made on the same topic. The work itself is analogous to the mysterious, as themes of illusion and comedy are paralleled by the concept of documentaries within documentaries. One crew records the others, and no one is quite sure what is happening. Despite eleventh-hour efforts such as smoking meth with the drug-dependent celebrity on camera, when Berman realises that he is being ignored by his subject and his film is in jeopardy he undergoes a period of soul-searching and angst that provides the story’s pivotal point. What he does to quickly turn the situation around is ingenious.

With excellent editing and sound, Berman’s creation/recreation of this piece is impressive. A documentary with a reality-show feel, it explores multi-dimensionality, the challenging of perceptions, and our serendipitous, sometimes haphazard ability to radically alter circumstances in a crunch. Symbolic of the illusionist motif, Johnathan presents to Berman a painting: “you are now taking a picture of a picture of a pitcher holding a picture of a pitcher”. A clever narrative voyage from question mark to cohesive success, The Amazing Johnathan Documentary is film as a metaphor for magic.

The Amazing Johnathan Documentary is released in select cinemas on 19th November 2019.

Watch the trailer for The Amazing Johnathan Documentary here: