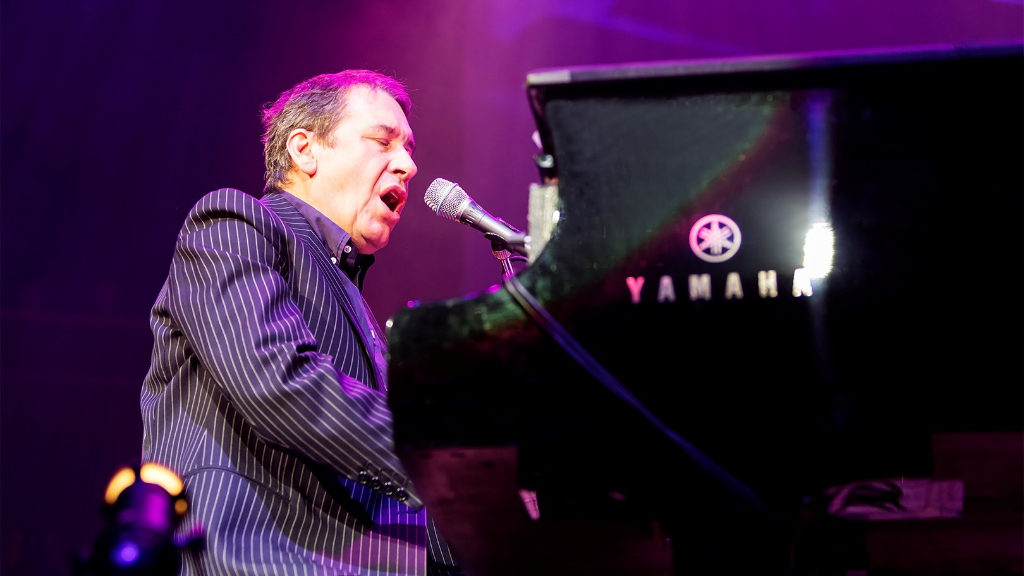 Perhaps a rainy night is fitting for the blues, but as drenched as we all were upon arrival, it was nothing compared to the tidal wave of exuberant energy that radiated from the stage during this two-hour extravaganza.

London boasts many beautiful buildings, but there’s nothing quite like the Royal Albert Hall. Holland is at the iconic venue for two nights, and despite the sheer size of the place, he somehow manages to make the concert very intimate. From seeing him on his Later… show and of course the famous Annual Hootenanny, we all know the man is a skilled raconteur with a knack for audience interaction. His song introductions provided some context while allowing his sheer passion for his craft – and music in general – to shine through.

A mellow vibe encompassed the hall as Holland and his band played old school Rhythm and Blues. Boogie Woogie displayed the musician’s exceptional piano skills; he later mentioned that his left hand has a mind of its own, thanking us for keeping up.

The evening was essentially split into three acts, with Holland inviting long-time friends and collaborators to share his stage and showcase their immense talents. Louise Marshall owned the audience with Sweet Country Love Song. Like all good jazz singers, she tells an entire story with each and every line.​

Eddi Reader offered a varied set. La Vie En Rose displayed her versatile vocal range and offered sensual crooning jazz, whilst her famous number one hit Perfect had the entire crowd singing along with her.

Almost all audience members were on their feet with the arrival of Ruby Turner. Captivating us with her soulful sound and exuding exceptional stage presence, Turner brought a new, vibrant and exciting element to the proceedings. Morning, Noon & Night was a particular standout.

An unexpected appearance by Jessie Ware, who swung by for just one song, was the cherry on top. These three separate concerts in one never felt disjointed, however, with the band ensuring a consistent flow of music, only pausing to allow Holland to address the crowd.

Holland stepped aside for his band members to enjoy the spotlight, with their own solo slots scattered throughout the evening. It was long-time drummer Gilson Lavis who made the most impact. Delivering a humorous anecdote about when they first met and performed in empty East End pubs, Holland was full of love and admiration for his old friend, labelling him the best drummer in the world: he should be “caged in the Tate gallery for all to see”. Lavis then gave a simply remarkable drum solo, more than justifying Holland’s plaudits.

An encore performance of Enjoy Yourself (It’s Later Than You Think) was a fitting finale to this uplifting, often mesmerising and certainly unforgettable night. 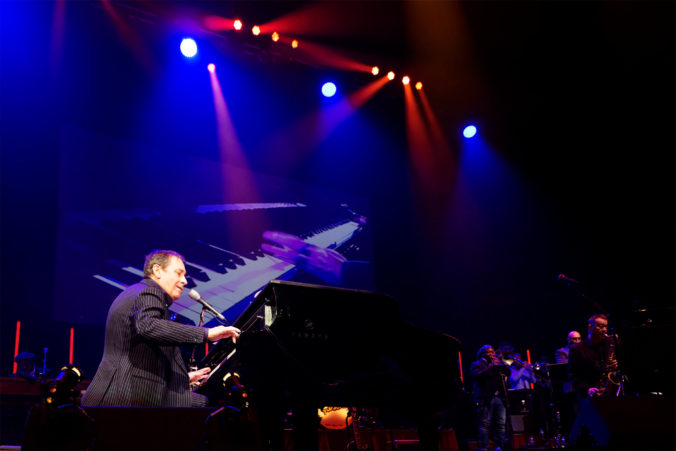 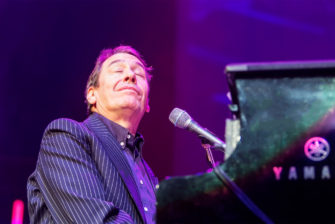 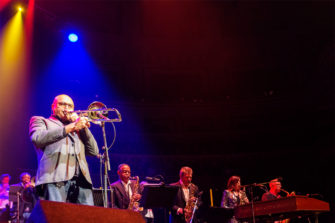 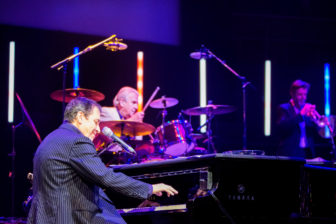 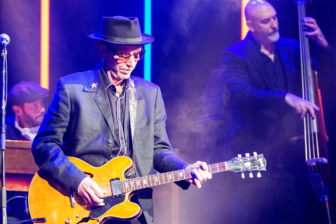 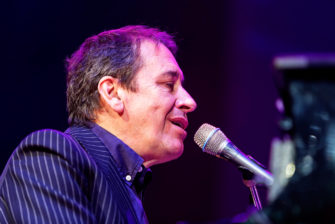 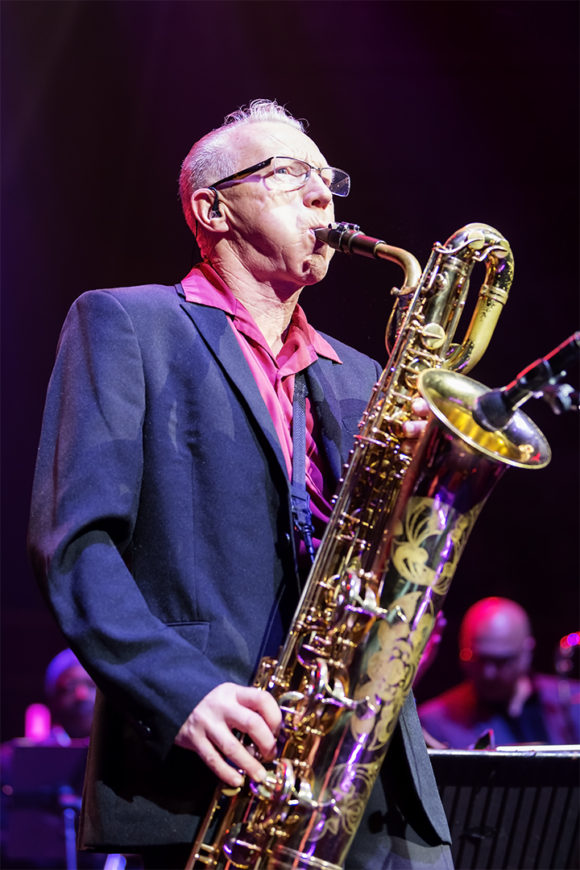 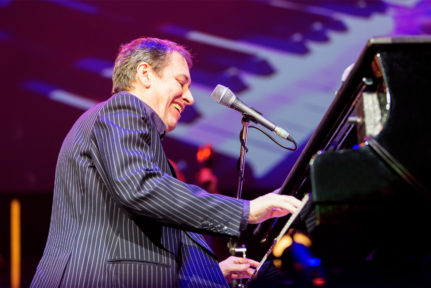 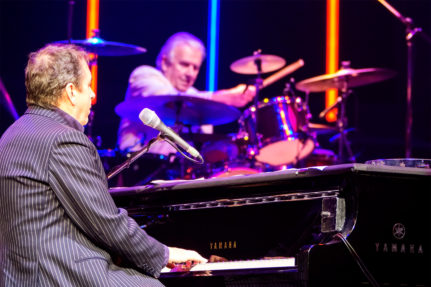 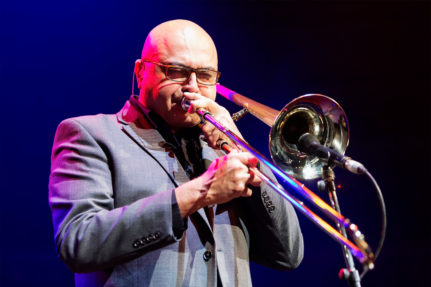 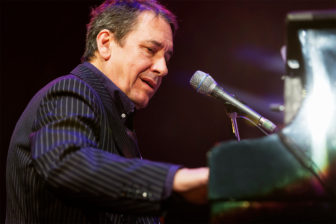 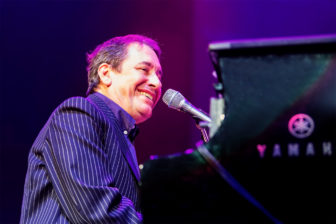 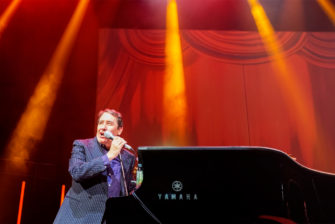 Watch the video for Enjoy Yourself (It’s Later Than You Think) here: