Cut at 45 Park Lane in Mayfair: This steakhouse really is a cut above the rest

Cut at 45 Park Lane in Mayfair: This steakhouse really is a cut above the rest | Restaurant review 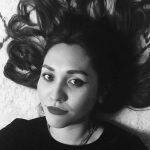 .Part of the Dorchester Collection’s 45 Park Lane Hotel in Mayfair, Cut is an American steak restaurant that allows diners to enjoy the finest cuts of beef in a luxurious setting. The restaurant was brought over from Beverley Hills by Wolfgang Puck, making it his first opening in Europe. Shrouded in elegance, the dark and atmospheric dining room extends all the way back, with a deceptive mirror strategically placed to make you think the restaurant is bigger than it is. With double-height ceilings, dark wood panelling and Damien Hirst artwork lining the walls, it has a very special ambience.

Upon arrival, we were presented with a bulky wine list boasting a huge selection, both by the glass and by the bottle. The food menu is a modest one-pager and proudly flaunts its impressive selection of wagyu steaks from the grill.

To start we had the Butter Lettuce Salad with avocado, Stilton and a champagne-herb vinaigrette. This twist on the American classic is one of the restaurant’s signature dishes and strikes a wonderful balance between flavour and texture. We also tried the Big Eye Tuna Tartare with ginger, soy and wasabi aïoli. A neat portion of tuna topped with a vibrant piece of avocado was delicately set off by the flavours from the wasabi, ginger and soy. This dish pulled off both style and substance. The starters were accompanied by a glass of the Il Torchio Vermentino 2017 from Liguria, Italy and a glass of the Riesling Loibner Federspiel 2016 by Pichler, from Austria.

The first of the mains was a Grilled Jumbo Prawns with toasted sesame chilli oil, coriander and soy. Satisfyingly simple, this dish would benefit from a little more chilli coming through to give it an extra kick.

Now, the part we had been waiting for – the Tasting of New York Sirloin. This included the USDA Prime Black Angus, the Japanese Wagyu and the Australian Wagyu. Cooked medium-rare (perhaps leaning a little more towards medium for the smaller piece), the cuts of beef were exquisite. Balancing just the right amount of seasoning and seared to perfection, the meat was beautifully sweet and tender on the inside. It was a close call between the two wagyu steaks but the impressive marbling of the Japanese one swung it for me.

The steak was accompanied by a macaroni cheese that the waiter claimed was the best in London – maybe it wasn’t the best, but it was up there, winning me over with its wonderfully crunchy top. We also tried some sautéed spinach and a selection of sauces including the best Béarnaise I’ve ever had.

The wine pairing with the mains was all French: a glass of Domaine Chevrot Maranges Sur le Chene 2015, from Burgundy and a glass of the Orion Alpha Cabernet Franc 2017 from Loire Valley.

To finish, we had the Caramel and Pear Baked Alaska, the chocolate brownie, and a vanilla cheesecake with a brûlée top. Each of the desserts were incredibly indulgent and moreish, but it was the baked Alaska that stood out for me, with its lighter-than-air consistency and fragrant pear flavour.

For the grand finale, an impressive dark chocolate soufflé was brought to the table before being topped with whipped crème fraîche and toasted hazelnut gianduja ice cream. Breaking through the baked top and into the oozing middle revealed a soufflé that was unashamedly rich and decadent while still managing to retain a fluffy lightness. This was paired with a glass of the Bera Moscato d’Asti 2018, from Piedmont, Italy, and a glass of the Muscat Hinterburg Sélection de Grains Nobles 2003 from Alsace, France.

With packed-out tables on a blustery Tuesday night, it’s obvious the steaks are worth braving the cold for. Cut elegantly executes dishes that follow through on both flavour and style. With an impressive range of meats and ingredients of the highest standards, this restaurant brings a whole new meaning to the American steakhouse. It really is a cut above the rest.

And if you fancy yourself as a bit of a connoisseur, wine director Frederic Marti is collaborating with prestigious producers to host a series of monthly wine dinners. The next event, a four-course meal with pairing, which takes place on Wednesday 27th November, will be celebrating Burgundy, the most respected wine region in France.