The Arrival at Bush Theatre 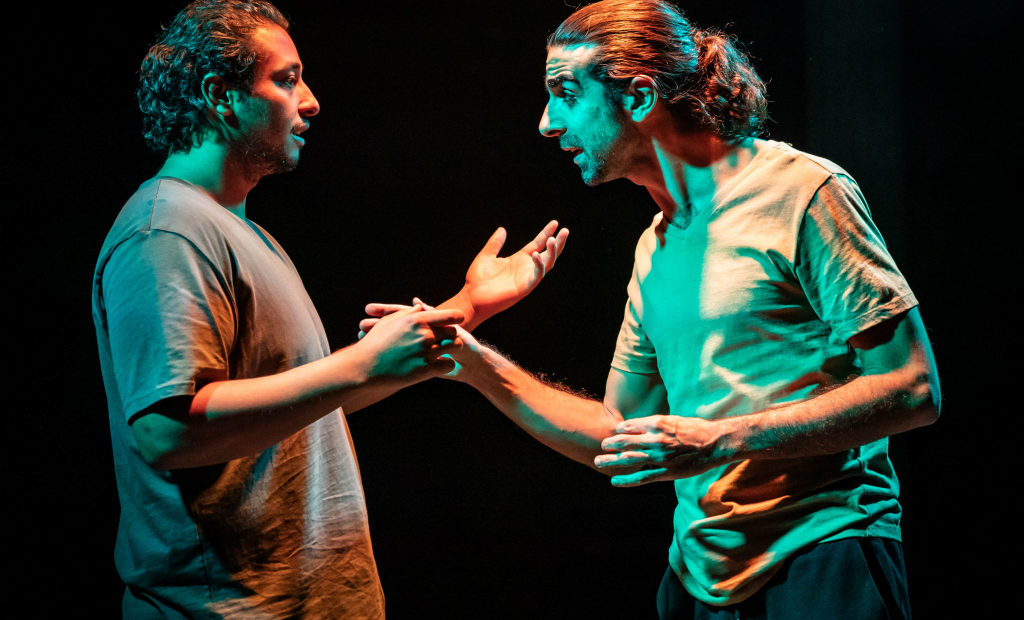 It is already a known fact that Bijan Sheibani (Barber Shop Chronicles, Dance Nation, The Brothers Size) is one of the best directors around. With his debut play The Arrival he makes a pretty damn convincing case for being up there as a writer as well.

Samad (Ifran Shamji) and Tom (Scott Karim) are brothers. They’ve never met until now. They stand opposite each other, mesmerised: an imperfect mirror. And for Tom, the child given up for adoption five years before the birth of his sibling, the feeling of finding something that’s always been missing.

But relationships grow beyond that first moment of connection. And as the brothers – essentially strangers, from two very different family situations – attempt to form a bond normally built over decades in mere months, the realities of trying to do so start to intervene.

Sheibani’s pacing is perfect, almost methodical. Eventually agonising. We follow the early weeks of their new dynamic, the establishment of their “day”, regular curries and training sessions. And then each little test, each need or over-reaching request that pushes at the yet-to-be-established boundaries of how their lives fit together.

Like in his previous work, there is persistent physicality to The Arrival. Not only in the beautiful, essential transitions where the pair match each other’s movements – a natural link that nurture can’t erase – but in the activities they perform together. They run, bike, dance, increasingly slick with sweat. Competition between a once older brother and his usurper, perhaps, but also a practical connection not easily reached verbally. Though it wouldn’t be true to say these are men unable to express how they feel, words replaced by actions, it is simpler for them to exist in the same physical space without attempting to unpick things mentally.

The staging is sparse. The actors spend most of their time pacing the circumference of Samal Blak’s rotating circle, often accompanied by the tremors of James Blake. He is a musician who creates cavernous spaces filled with longing, and vibrations that stitch a room together. It’s an inspired choice.

The demands of Sheibani’s writing and direction require nothing less than perfect synchronicity. Shamji and Karim more than rise to the challenge. The former has a wonderful ability to capture anxiety, empathy and testy resentment in the same moment; the latter a zeal that is both overwhelming and deeply affecting in its wounded eagerness. The delicacy and intimacy of the moments they share is a rare thing indeed.

The Arrival is at Bush Theatre from 21st November until 18th January 2020. For further information or to book visit the theatre’s website here. 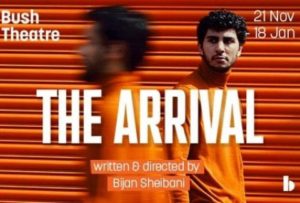