Three Sisters at the National Theatre 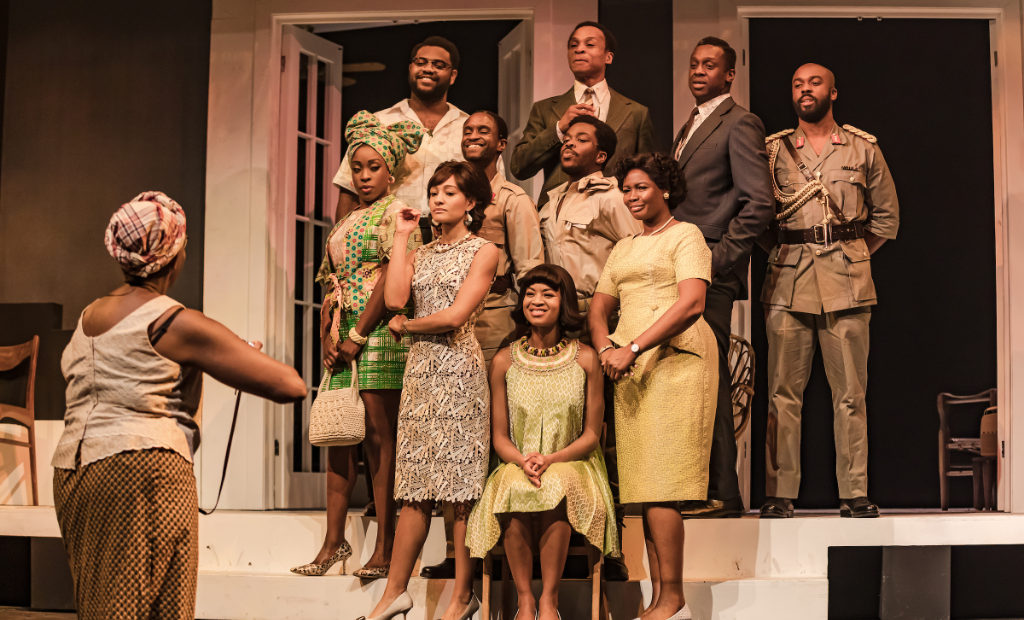 Taking a classic and inserting it into a completely different setting necessarily creates a thin line that the work must navigate between being original enough to justify its existence and being faithful enough to earn the title of its inspiration. Inua Ellams’s version of Chekhov’s Three Sisters, set during the Nigerian Civil war, is largely successful, with some strong moments of character development – although it does stumble into some pitfalls. Nevertheless, it remains a fascinating take on one of Chekhov’s finest plays.

A lot of its strength stems from the war-focused setting and the necessary conflict implemented through the tribal feud between the Hausa and Fulani in northern Nigeria and the Igbo in the south. The family in focus is Igbo, and the audience witnesses with great pacing their progress as the war takes its toll. This is unfortunately not brought to a satisfying conclusion, as the final act – set at the moment of surrender – only mentions the conflict in passing, as though it was an afterthought, making it feel slightly unfinished and taking away from the emotional impact it should have maintained. Instead, it feels as though the focus shifts towards forcing the conclusion of Chekhov’s plot threads – understandable, considering this is a rewrite, but from a storytelling perspective this makes the project lack focus in a particularly jarring way. Other than that, however, the setting does work remarkably well.

The production by Nadia Fall is excellent, with a lovely set design by Katrina Lindsay and atmospheric lighting by Peter Mumford, and the cast are consistently convincing, with the three sisters being played by Sarah Niles, Natalie Simpson and Racheal Ofori, all of whom are on top of their game. Abosede – Natasha in Chekhov’s original – is portrayed by a constantly enthusiastic Ronke Adekoluejo. Generally, all actors incorporate their characters in a way which brings Chekhov’s brilliant character developments to life, making it an overall enjoyable experience.

The dialogue itself works well for the most part and is at its strongest when building the dramatical conflicts. IThe play gets weaker at several moments when the characters provide moral speeches – the type of speeches which are missing entirely in Chekhov’s original, and which here are predictable and typical for 2019. A great pity, perhaps, but seemingly unavoidable in contemporary theatre. All this makes Ellams’s Three Sisters a strong but currently flawed success which won’t need much improvement to turn it into a true masterpiece.

Michael Higgs
Photos: The Other Richard

Three Sisters is at the National Theatre from 10th December until 19th February 2020. For further information or to book visit the theatre’s website here. 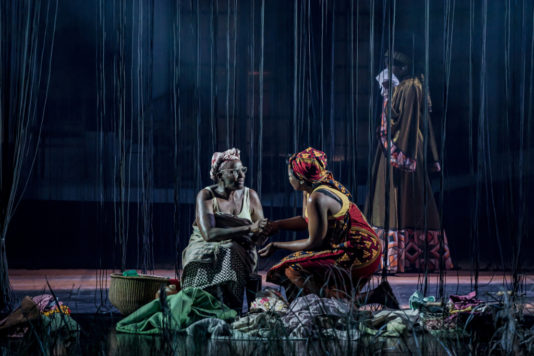 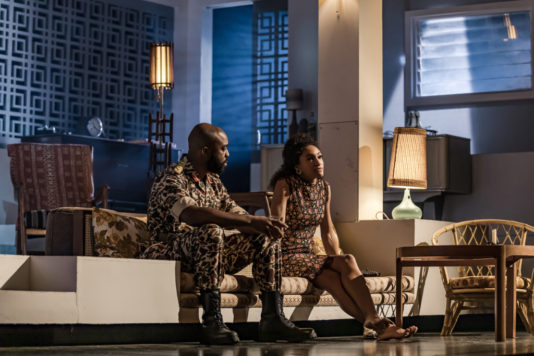 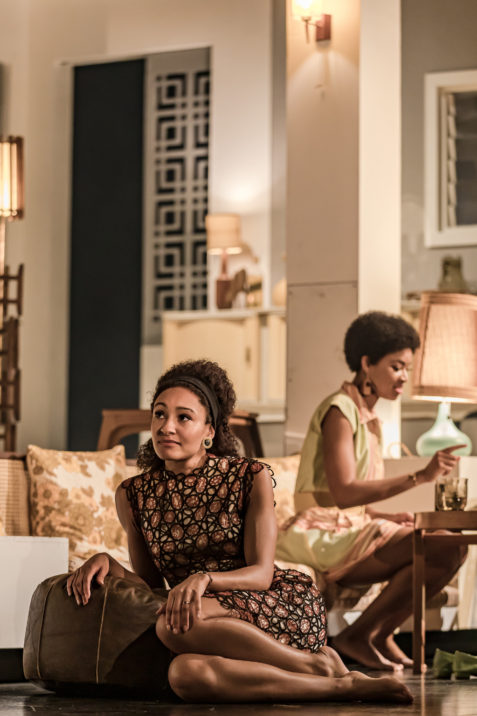 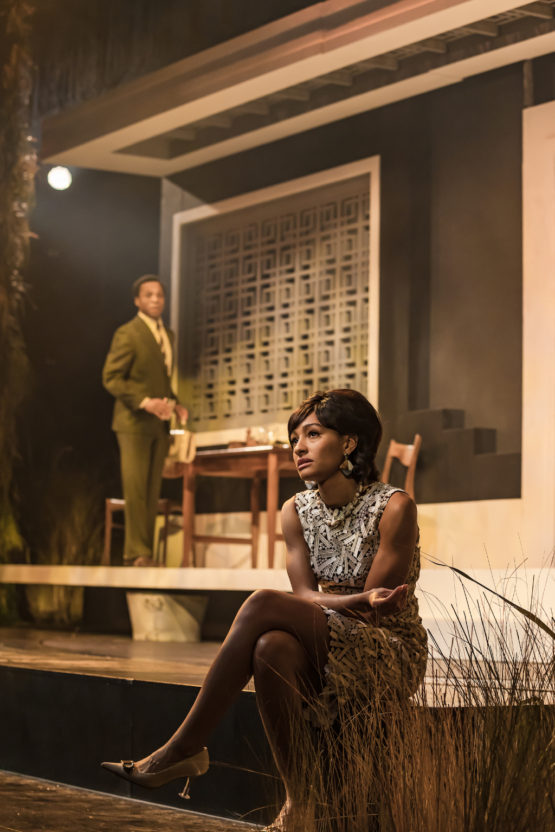 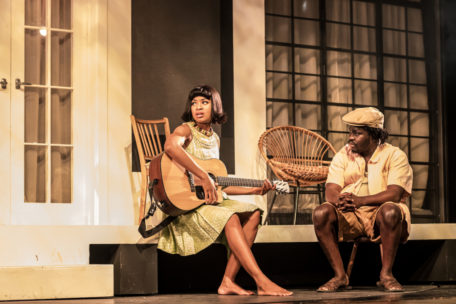 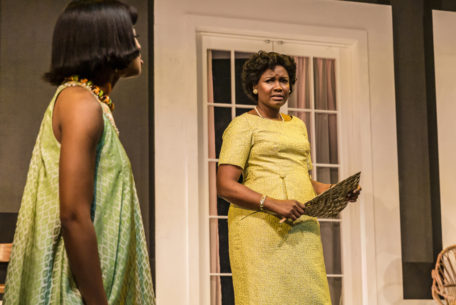 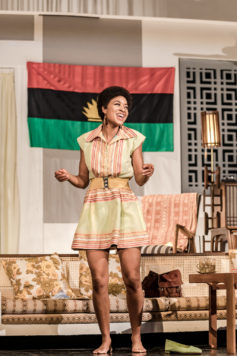 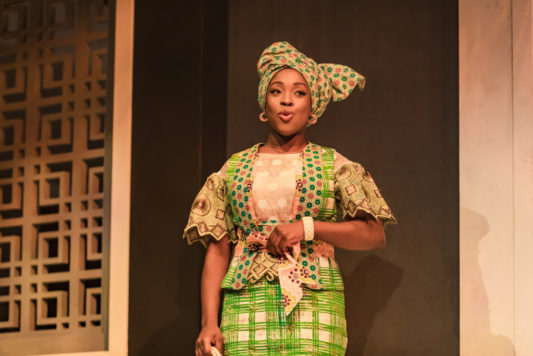 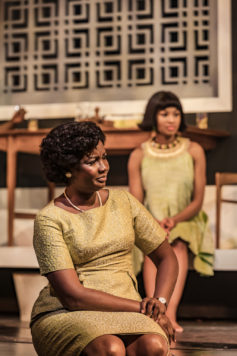 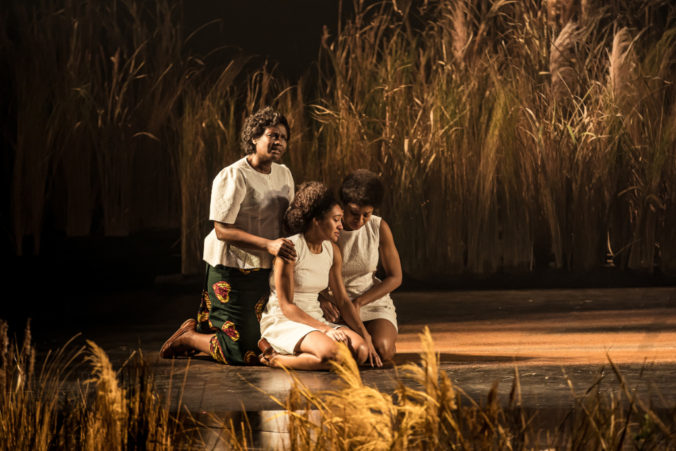 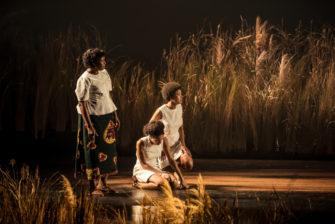 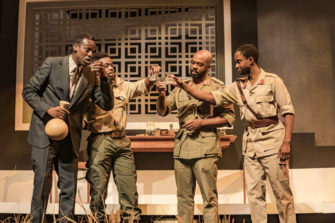 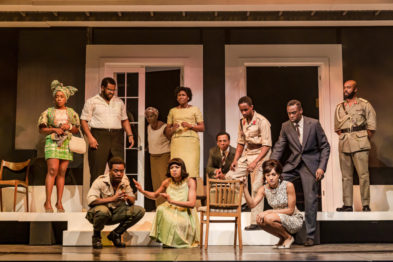