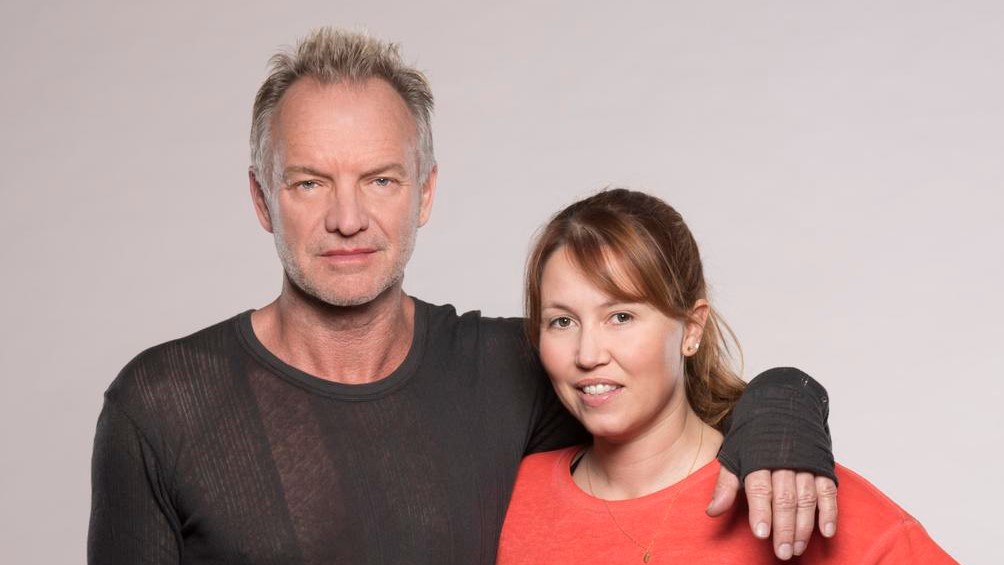 Sting’s music has been inspirational for the lives of many, and quite likely has formed an unforgettable backdrop to memorable events. Now it is also the foundation of a new dance show. Triple Olivier Award nominee Kate Prince MBE is the creative mastermind behind Message in a Bottle, produced in collaboration with Universal Music UK and opening in February at Sadler’s Wells. The director of ZooNation, a groundbreaking company offering training programmes and creating original theatre works, has devised an extraordinary narrative, hip-hop influenced but featuring mixed styles of dance, to the backing of some of Sting’s and the Police’s most iconic songs. The story sees three siblings undertaking a dangerous journey towards new lands, after being separated from their parents and their village, now under siege. A metaphor for the migrants’ odyssey, the production aims to offer a message (in a bottle) of hope, and to communicate the endurance and humanity behind the faces that so often flit across our news screens.

The idea came almost by chance and it seemed too incredible when the pieces started coming together, according to Prince. We talked with the artistic director and choreographer about the amazing creative team behind Message in a Bottle, her main influences in making the show, and what can we expect from it.

Hi Kate, thank you very much for your time! Your upcoming show Message In A Bottle bears the title of one of Sting’s best-known songs. How did this piece come about?

I have been a massive fan of Sting my whole life, I have seen him in concert four times. One of his songs, Walking On The Moon, we had sung at our wedding by a live band and whilst on my honeymoon I was listening to that song, reminiscing about our wedding day. I thought about how much I loved Sting’s music, and how whenever I listen to his music in my headphones, it always makes me want to choreograph.

I wrote a long email to Alistair Spalding, Artistic Director and Chief Executive of Sadler’s Wells, about several other projects that we were involved with at the time, and at the bottom of the email I said: “PS, I have this idea about a show called Walking On The Moon featuring all the music of Sting and The Police. What do you think?”

Alistair then met with Universal Music and presented the idea to them. Within a few months I was in a hotel lobby, pitching the idea to Sting and his manager.

The title later changed to Message In A Bottle because the theme of that song ties in best with the story we are telling.

You must be a big Sting fan. Have you seen him live? What is your favourite Sting song?

Yes, I have seen him live. My favourite song is Walking On The Moon; as I say, we had it at our wedding and my husband and I love this song.

Which Sting songs have been the best to make movement to?

What key messages would you like the audience to take home with them at the end of the show?

I would like audiences to take home love and acceptance, and thoughts of trying to be more compassionate towards people who are forced into the situation of being a refugee. People do not choose to be refugees; they do it because they are escaping something worse. They wouldn’t cross the sea on a tiny little boat for fun.

You have an amazing creative team working with you on this show. What’s been the best part of collaborating with so many incredible talents?

Yes I do, that’s very hard – they are all incredible talents. They are all really passionate about the story, the project, the opportunity that we have, and the dancers that we get to create on. From Alex Lacamoire and Martin Terefe for music, through to Anna Fleischle (costume design), Ben Stones (set design), Andrzej Goulding (video design) and Natasha Chivers (lighting design)… they are all bloody brilliant.

What dance styles can people expect to see in the show?

It’s a mixture of what I would call “contemporary dance”, but with a strong influence of hip-hop techniques within it, and particularly breaking.

Tell us about working in the recording studio with Martin Terefe (Music Producer and Arranger) and Alex Lacamoire (Music Supervisor and New Arrangement).

They are amazing! They are really collaborative, and very open to my ideas.

ZooNation: The Kate Prince Company’s groundbreaking work is an inspiration for many. You founded the company in 2002, prompted by the need to fill a gap in hip-hop theatre. Do you feel there is still that urgent need nowadays?

I do not think there is an urgent need, no. I think we are a long way into establishing a very present and strong genre in hip-hop dance theatre – from ourselves to Boy Blue, Avant Garde, Flawless… there are so many companies now that are creating work in the name of hip hop theatre. And thanks to Breakin’ Convention [the annual hip-hop festival] at Sadler’s Wells, and Artistic Director Jonzi D’s vision – there is an annual platform for this kind of work.

I do think hip-hop dance theatre in general is underfunded still, although three companies have now been taken into the National Portfolio by the Arts Council, which is amazing. Our work is always subsidised and it is very hard to compete with opera, ballet and contemporary dance, but we are not doing too badly.

What are your favourite music genres and have these influenced you in putting together the music for Message?

I’m very eclectic with my music preferences at the moment. Currently it is Billie Holiday – I can’t stop listening to her – and my second favourite is Tom Misch. They couldn’t be more different. Oh, and Gregory Porter – I’m a massive fan of him at the moment too.

Is there anything you can tell us about future projects you are working on?

I am happily still working on Sylvia at the Old Vic and looking forward to continuing development on that.

Finally, what one piece of advice would you give young, aspiring choreographers and dancers?

Be diverse in your training; don’t stick to the one thing that you find easy. Do all the things you find difficult. The more diverse you are, the more employable you are!

Message in a Bottle is at Sadler’s Wells from 6th February to 21st March 2020. For more information or to book tickets, visit Sadlers Wells’s website here.

For more information about Kate Prince and ZooNation, visit the company’s website here.

Watch Prince and Sting talking about Message in a Bottle here:

Message in a Bottle