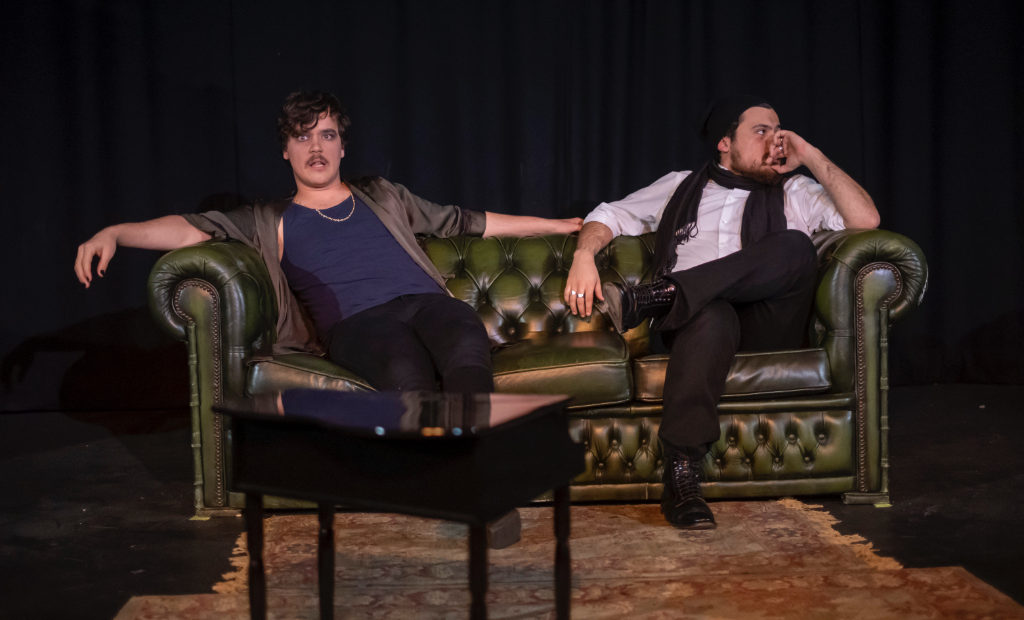 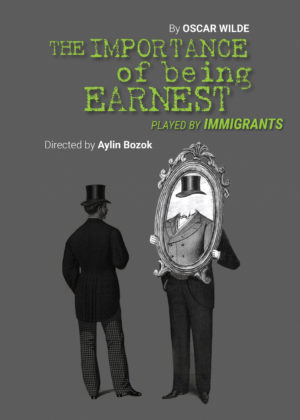 The Importance of Being Earnest - Played by Immigrants

A contemporary and innovative Gothic-style interpretation of Oscar Wilde’s classic comic play, The Importance of Being Earnest – Played by Immigrants combines the author’s societal jibes with a perspective of the migrant experience in the UK and a parody of Victorianism. Award-winning director Aylin Bozok – herself a child of immigrants, who has struggled with a sense of not belonging – emphasises the value of our common humanity in this work.

Wilde’s spoof about identity in Victorian Britain transforms into a stylised, humorous study of the self, from the expatriate’s point of view. Who they are is so often overshadowed by questions about where they are from – refocusing the author’s theme of suppressive cultural categorisation and labelling from the restrictions of 19th-century society to the barriers created by nationalism. Mimicking typical Englishness from the migrant’s frame of reference, Wilde’s final play – in which underlying homosexual innuendo may have contributed to his persecution as a gay man during that era – is reinvented to expose the rigidity and ridiculousness of stereotypes and xenophobia.

Preceding the first act, Shakespeare’s Hamlet is briefly alluded to in the introductory scene. With its Addams Family vibe, the creepy maid and narrator, Lane (Nea Corner) – who also plays the puppeteer and features in the Greek chorus – quotes Hamlet’s “To be, or not to be, that is the question”, whilst looking on as two resurrected dead men (Duncan Rowe, Louis Pottier Arniaud) dance to harpsichord music. Thereafter follows Wilde’s reimagined narrative as this comedy of manners and confusion follows the love lives and deceptions of a few stilted individuals in Victorian England.

With deliberate eccentricity, the actors are highly purposeful and precise in action and speech, delivering a performance that fuses pantomime with cutting-edge satire. Mispronouncing words, lapsing into foreign languages, they are complex human beings playing marionette-like caricatures. Campy modern-day dress and a simple set add a touch of theatrical alienation, emphasising characters and ideas and minimising visuals and fictional illusions.

Pan Productions’s first play in English is an interesting and timely apropos adaptation of Wilde. The cast, comprised of expats, provides impressive performances and as they are clearly enjoying themselves, this further enlivens the piece. Intriguing, clever and fun, The Importance of Being Earnest – Played by Immigrants is also a thought-provoking eye-opener about the need for expanding minds in an evolving world.

The Importance of Being Earnest – Played by Immigrants is at Tower Theatre from 6th January until 18th January 2020. For further information or to book visit the theatre’s website here.

The Importance of Being Earnest - Played by Immigrants