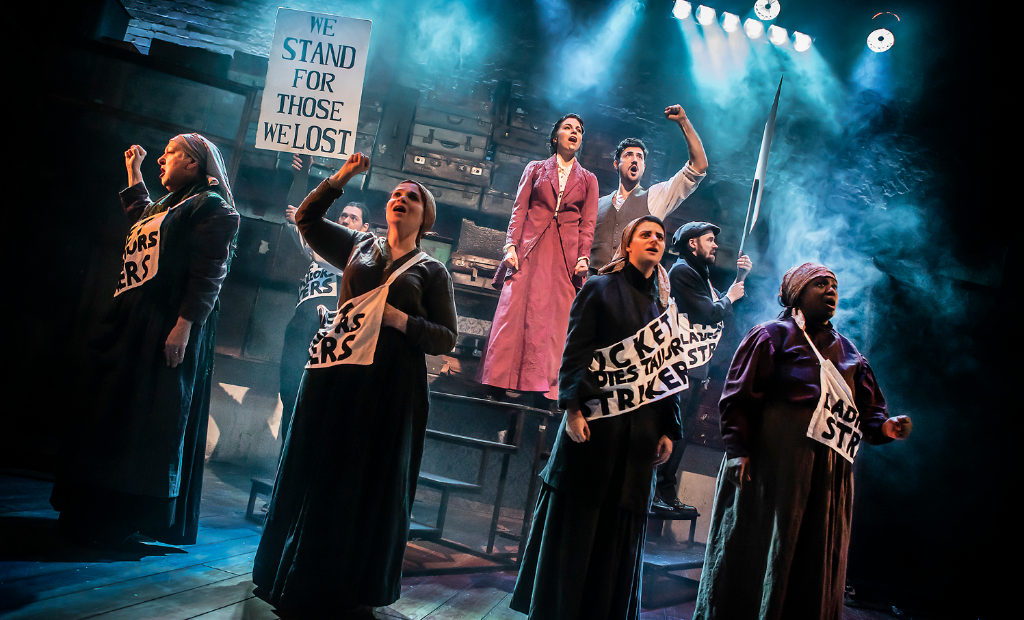 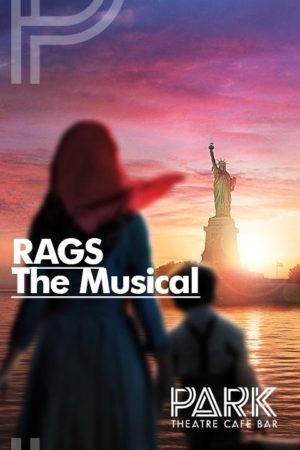 “He dances by in his fancy clothes, and he stares at me down his perfect nose. His hair is clean and his skin is clear, and he wonders: ‘what is she doing here’? He turns his back, and the rest do too, and I want to scream: ‘I’m the same as you!’”

You’d assume a musical which originally closed after four performances isn’t going to be exceptional, but you’d be wrong in the case of Rags. The revised script by David Thompson tells the story of Rebecca (Carolyn Maitland) who flees from Russia to New York in the early 1900s.

She wants a better life for herself and her young son. She lives in cramped conditions with her friends extended family and works long hours as a dressmaker ($1.50 per dress), but things appear to be going well until anti-immigration attitudes, worker exploitation and personal tragedy threaten to destroy her American dream.

Maitland is a talented singer whose emotionally charged performance is guaranteed to shed some tears. Martha Kirby (Bella) is sweet, whilst Oisin Nolan-Power (Ben) is full of youthful energy and together they make an adorable young couple. Alex Gibson-Giorgio, who plays the Italian agitator Sal, is charismatic, fun and inspires you to join a union and fight for your rights. Sam Attwater (Bronfman) is smarmy and patronising – which is perfect for his character. The whole cast is strong and they give a performance worthy of a much larger audience.

The stage is small but cleverly designed. Rows of old-fashioned luggage cases line the back wall, while two lines of white shirts hanging from the ceiling create a homey, domestic feeling. The lighting design is clever and the lyrics are well written. The original score is already good, but David Thompson’s adaptations make it superb. The music is catchy and the balance between speaking and singing feels natural.  The songs are so pleasing that when the lyrics are drowned out it’s not a problem.

In an age where migrants are sent to detention centres, and when racism and xenophobia are enjoying a surge in popularity, we need a musical which forces us to look at the human face of immigration and which shows us that these issues have and will always be there if we let them. Rags The Musical has always carried an important message, but it feels particularly poignant in 2020. Without offending the Park Theatre, this production deserves a much larger stage.

Rags The Musical is at Park Theatre from 9th January until 8th February 2020. For further information or to book visit the theatre’s website here.