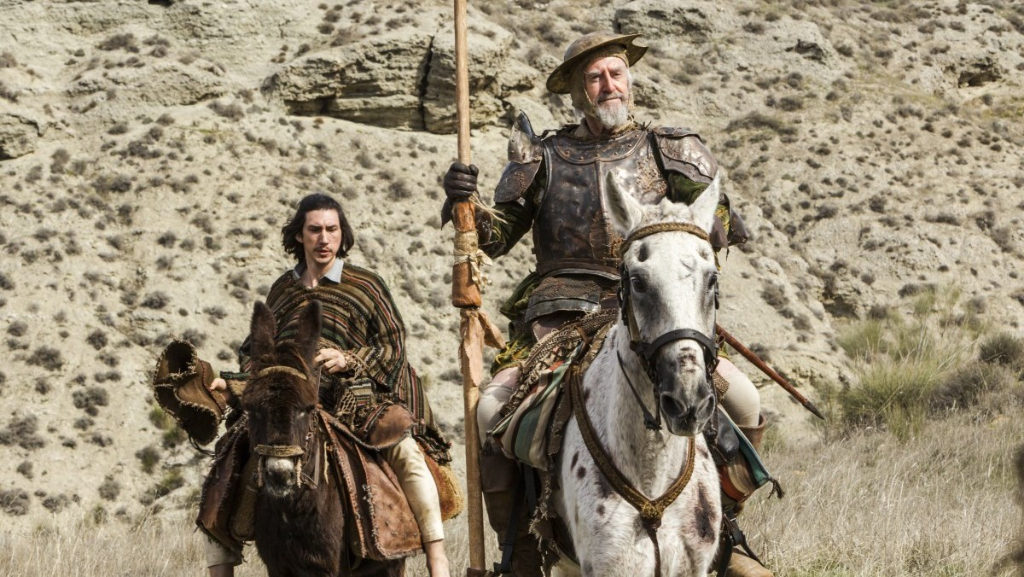 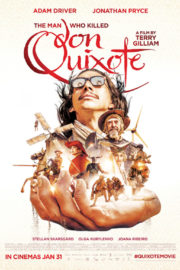 The Man who Killed Don Quixote

After 30 years of production torment, director Terry Gilliam (12 Monkeys) has finally delivered his take on Cervantes’s Don Quixote. Not so much a knockout blow, The Man Who Killed Don Quixote arrives as a triumph of will and adventurous filmmaking.

Gilliam has (famously) long been working on this feature, but he’s used the delays to re-jig the script and work on how to present the wonderfully messy idea he first thought of all those years ago. This isn’t a simple rehash of the legendary 17th-century literary masterpiece in film mode. No, this movie transplants elements of its source material into a 21st-century production. Fantasy and reality mesh until the viewer is lost somewhere in the middle in this reworking of the knight-errant.

Or perhaps that should be genius-errant? We begin with an introduction to erstwhile directorial wunderkind Toby (Adam Driver). He’s lost his way and is now shooting commercials. His latest job takes him back to the scene of his college passion project, a take on Don Quixote. Realising he’s only a few miles from the village in which his student film was made, Toby sets off on an eccentrically wild adventure.

Jonathan Pryce (The Two Popes) portrays the movie’s eponymous “knight of the mournful countenance”, striking up an entrancing on-screen partnership with Driver. The pair’s travails get more bizarre and closer to the original tale of as the story unravels, resulting in an extravagantly psychedelic finale. It’s an intensely enjoyable – and enjoyably intense – project, where passion, commitment and vision have finally been realised.

Almost two decades after a documentary (Lost in La Mancha) was made about the exhausting attempts to get this film off the ground, it swoops in, suitably messy, but triumphant.

The Man Who Killed Don Quixote is released nationwide on 23rd January 2020.

Watch the trailer for The Man Who Killed Don Quixote here:

The Man who Killed Don Quixote