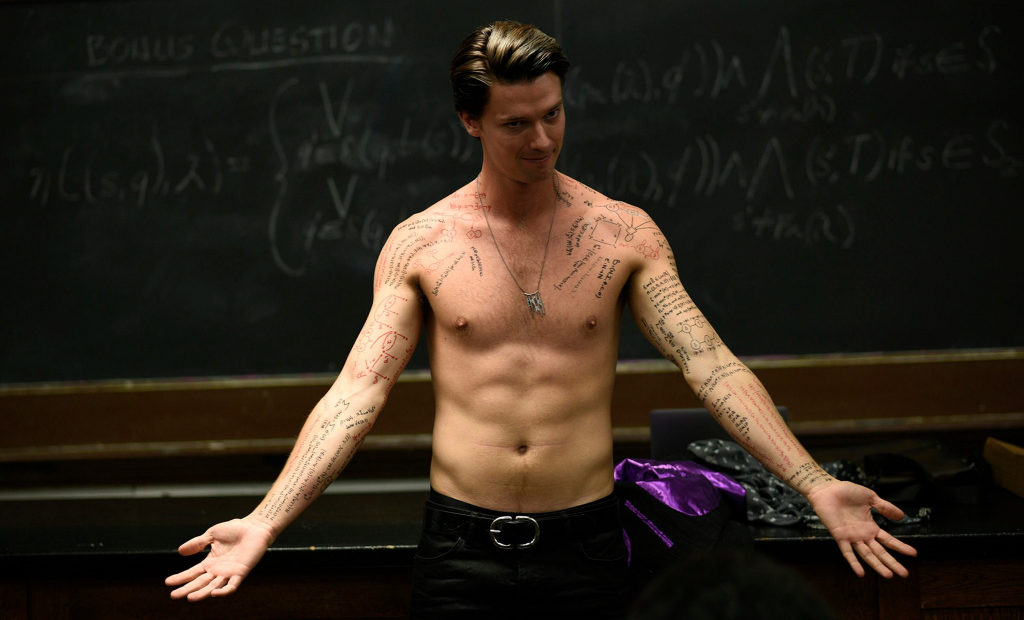 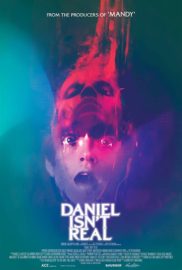 Daniel isn’t real… or is he? The alter-ego theme has been explored in numerous films. That we are all multi-faceted is fodder for psychological fiction – whether the second self is a doppelganger, an evil twin, a psychotic dark side or a creature (ghost, demon, vampire) seeking possession, the ambiguity of a persona can be potentially terrifying.

Adam Egypt Mortimer’s horror-thriller Daniel Isn’t Real explores this concept via a child’s imaginary playmate. Six-year-old Luke (Griffin Faulkner) witnesses the aftermath of a grisly shooting, where he meets young Daniel (Nathan Reid) and they become fast friends. When the latter tricks the boy into giving his mother (Mary Stuart Masterson) a near-fatal overdose of pills, the child is ordered to banish his buddy to a doll’s house. Later, as a lonely college student, Luke (Miles Robbins) releases Daniel (Patrick Schwarzenegger), who is predictably an increasingly bad influence.

What is this friend, invisible to all but Luke? It is never quite certain if Daniel is an evil side of Luke or a demon. Clearly mental illness is a keynote, as Luke’s mother is schizophrenic, and her son exhibits psychological trauma and disturbances. However, the storyline also strongly implies that Daniel is a demonic spirit looking for a host rather than a figment of Luke’s unstable mind.

Fatherless and struggling as semi-caretaker of a loving but insane mother, Luke represents a prototype of society’s young men, who lack paternal guidance while grappling with sometimes complex maternal relationships. Exploring male coming-of-age angst within that context, the piece touches on an important societal problem, but then segues into the supernatural. If there is a symbolic subtext to the piece, it is obscured by typical horror clichés.

While the movie is well executed, the narrative is not quite sure what its point is. Derivative in terms of plot and motif, this work’s tropes have been seen many times in cinema. However, the originality of some of the characters – such as Luke’s smart, quirky artist girlfriend (Sasha Lane) and his unconventional and insightful psychotherapist (Chukwudi Iwuji) – is unique and intriguing.

There is some clever writing in Daniel Isn’t Real and the cinematography and editing are impressive. Robbins and Schwarzenegger excel in their performances, as do the other actors, especially Masterson, Lane and Iwuji. If you are looking for escapist thrills, in terms of entertainment and terror this fright-flick delivers.