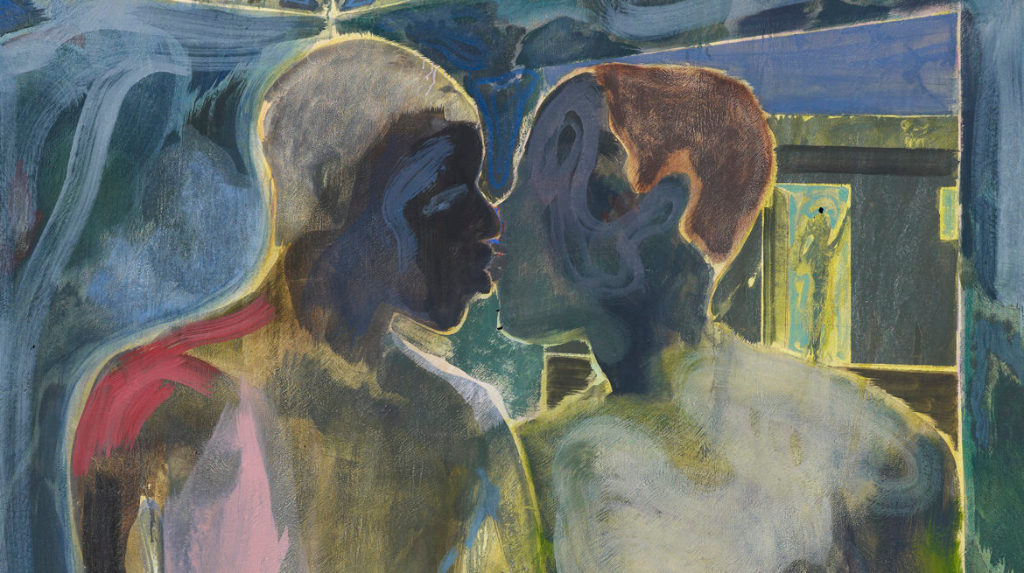 In the 1980s, painting was declared dead. In the UK in particular, the era saw the rise of the YBAs and a move away from the perceived conventionality of paint on canvas in favour of installation, sculpture and non-traditional materials. But, as Radical Figures at Whitechapel suggests, figurative painting is back – with artists pushing the boundaries of what figuration can mean. The exhibition brings together 40 canvases created over the last 20 years, with offerings from 10 painters: Michael Armitage, Cecily Brown, Nicole Eisenman, Sanya Kantarovsky, Tala Madani, Ryan Mosley, Christina Quarles, Daniel Richter, Dana Schutz and Tschabalala Self.

It’s a reassuringly varied group of artists, in terms of race, gender and country of origin. Some are well-established art-market darlings, while some have courted controversy (such as Schutz). Established artists are mixed with young or emerging figures, such as US-based artists Quarles and Self, who were born in 1985 and 1990 respectively – just around the time painting dropped out of fashion.

The show opens with confident offerings by Cecily Brown, whose beautiful paintings always teeter on the edge of dissolving into abstraction. By immediately presenting viewers with works in which figuration is expressed in the loosest possible way, the exhibition’s curators indicate a commitment to showcasing the experimental and the unexpected.

Towards the back of the first room, Michael Armitage shines with a collection of works exploring gender, sexuality and politics in East Africa. Kampala Suburb (2014), for example, shows two men kissing in a room decorated with a frieze depicting firing squads, alluding to the Ugandan Anti-Homosexuality Act of 2014. It hangs next to another powerful work, #mydressmychoice (2015), which features a reclining nude based on Velazquez’s Rokeby Venus. The work is titled after the social media hashtag used to protest an attack on a woman in Nairobi who was stripped and assaulted for wearing a miniskirt.

Bodies loom large in this show, mostly in fragmented forms. Many of these artists use the materiality of paint to convey narratives of disenfranchisement, social unease and anxiety in a digital age. Another repeating motif is the fluidity of embodied identity, gender, and even species. Quarles’ mesmerising paintings, for instance, offer a genderqueer imagining of nude figures set against flat, graphic backgrounds. In Casually Cruel (2018), paint runs and drips between three figures, physically and metaphorically evoking a sense of identity without boundaries that contrasts with the forbidding hedge against which they stand – an allusion to the US-Mexico border.

This thoughtfully curated show brings together a diverse range of works spanning numerous styles, techniques and subjects. Together, these paintings provide a comprehensive overview of some of the best work on canvas being produced today, offering a powerful argument that figurative representation can be a radical act.

Radical Figures: Painting in the New Millennium is at Whitechapel Gallery from 6th February until 10th May 2020. For further information visit the exhibition’s website here.