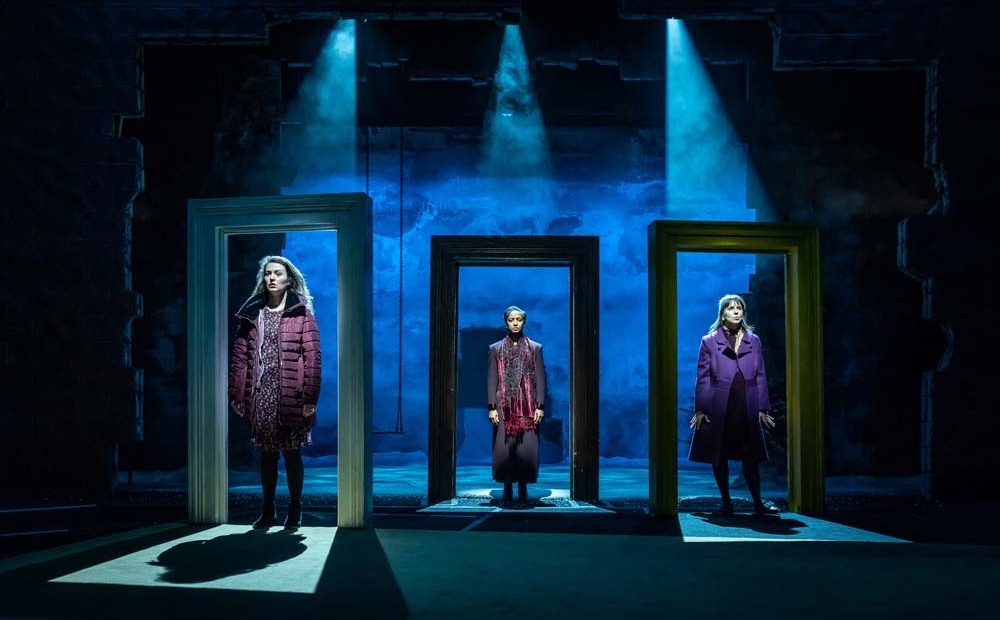 Nora: A Doll’s House at the Young Vic | Theatre review 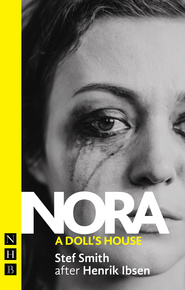 It’s 1918. Nora (Amaka Okafor) lives with her husband Thomas (Luke Norris) and their children. The war is ending. Women have just got the vote.

It’s 1968. Nora (Natalie Klamar) lives with her husband Tom and their children. Abortion is now legal. The contraceptive pill is commonplace.

It’s 2018. Nora (Anna Russell-Martin) lives with her husband Tommy and their children. Womens’ shelters are shutting down. A hashtag ignites on Twitter.

In Nora: A Doll’s House, Stef Smith plays out a trio of timelines simultaneously. They exist next to each other and on top of each other, the lines between are sometimes blurred and sometimes perfectly clear.

The three Noras are tethered together, moving in their own version of the same story before being pulled into moments of physical and verbal unity. Lyrical passages describing the mental state of the women, almost novel-like in construction, act as the tissue in between, at points taking us beyond Henrik Ibsen’s original.

Conceptually there’s a lot of promise. However, in practice you end up with three undercooked adaptations of the same play running in tandem. The writing also suffers from having to cram in the social histories of each year, becoming blunter and more declarative in the process.

Norris is brilliant, delivering three iterations of the same patronising, aggressive husband while changing era multiple times a minute. As for the leads, only Russell-Martin’s Scottish Nora stands out. She’s the kind of woman that seems like she would take no nonsense, but is forced to by financial circumstance and her own personal demons.

Elizabeth Freestone’s direction is a bit grating. The shifts between timelines are denoted by a throbbing noise, which is fine initially, but it becomes almost silly when sounding every few seconds.

The 1918 strand acts as a control case, presented essentially as it would have been in 1879, just shifted forward for temporal neatness. The 1968 thread is perhaps best at highlighting the limited reach of the swinging 60s. However, it’s also the least developed, changing the relationship between Nora and her long-missed friend, Christine, in a way that could become the impetus for a full adaptation elsewhere.

Frustratingly, these detract from where the production’s strongest ideas lie: in the 2018 storyline. Nora and Tommy are working class and have far less stability than the other couples. In fact, they have no safety net at all. Banks and credit cards of previous years have been replaced by the legalised sharks of payday loan companies. Jobs are harder to come by, especially after a long illness.

Nora: A Doll’s House hints at an entirely modern take, looking at how the erosion of the welfare state, the shutting down of women’s shelters and the continued prejudices of the workplace prevent women from being easily able to leave abusive, unhappy homes. Instead, that narrative is wasted on a distracting wider gimmick.

Nora: A Doll’s House is at the Young Vic from 5th February until 21st March 2020. For further information or to book visit the theatre’s website here.