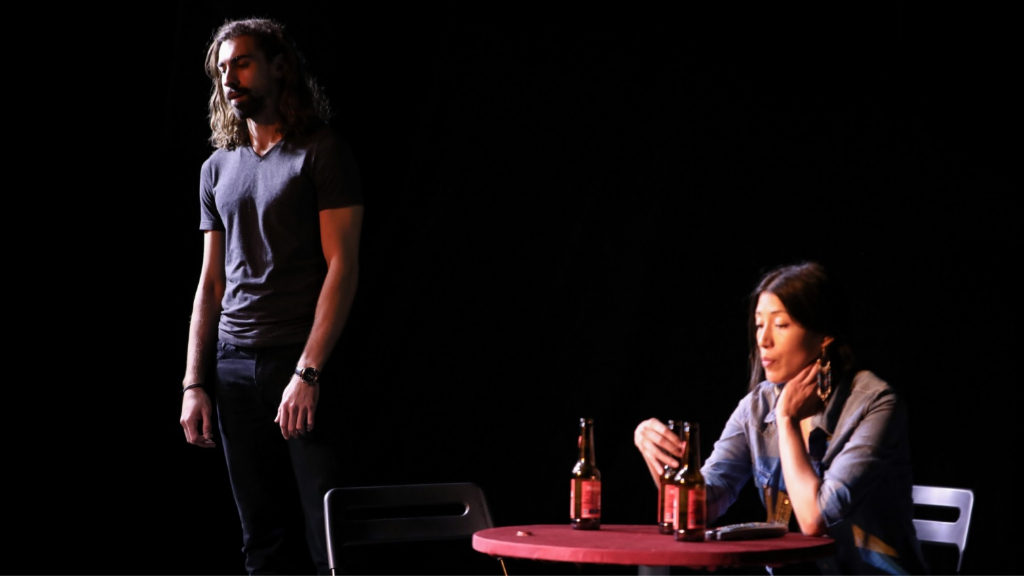 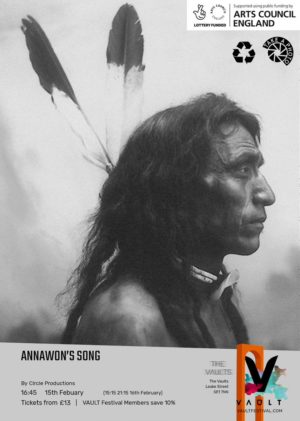 The title of playwright Beverly Andrews’s new show could be inspired by Henry Wadsworth Longfellow’s epic poem Song of Hiawatha.

Directed by Murray Woodfield, Andrews’s play tells of Native American war veteran Annawon (Jay Rincon), struggling with post-traumatic stress disorder, which is paralleled with the story of Nimas (Jesse Baum), a young Afghan boy being trained to become a suicide bomber. Through a moving soliloquy we hear the events that took place in the 1890 Wounded Knee massacre, where mostly women and children were the casualties; looking back, not much has changed.

Annawon is paralysed from the waist down, dealing simultaneously with his experiences on the frontlines and the ghosts of his past, making him verbally and physically violent. His wife Michelle (Diana Bermudez) becomes withdrawn in an effort to keep the peace, their marriage disintegrating, while the presence of their mutual friend Phil (Daniel Mark Collins) offers a light touch to the show, though the undercurrent continues to stir beneath.

As the Muslim call to prayer echoes, child civilian Nimas receives information of his mother’s passing. His story isn’t very detailed and is a little repetitive in the delivery, and this is where Andrews’ play falls short. However, the playwright’s text is effective in describing the consequences of war, portrayed here by strong performances from both Rincon and Bermudez. The juxtapositions of past and present are depicted well, as we see how Annawon becomes injured, and the residual effects of colonial wars on latter generations.

A disproportionately high number of Native Americans are drafted into the US army, and many die in action, while those who return are not assisted with their post-war physical and psychological requirements or provided with the resources to do so.

Aside from being a playwright, Andrews is also a director, documentary filmmaker and journalist, and part Native American herself, so it is unsurprising that Annawon’s Song is personal, but perhaps requires a little more narrative.

Ten films to look out for at Berlin Film Festival 2020
Vault Festival 2020: Coming Out of My Cage (And I’ve Been Doing Just Fine) | Review