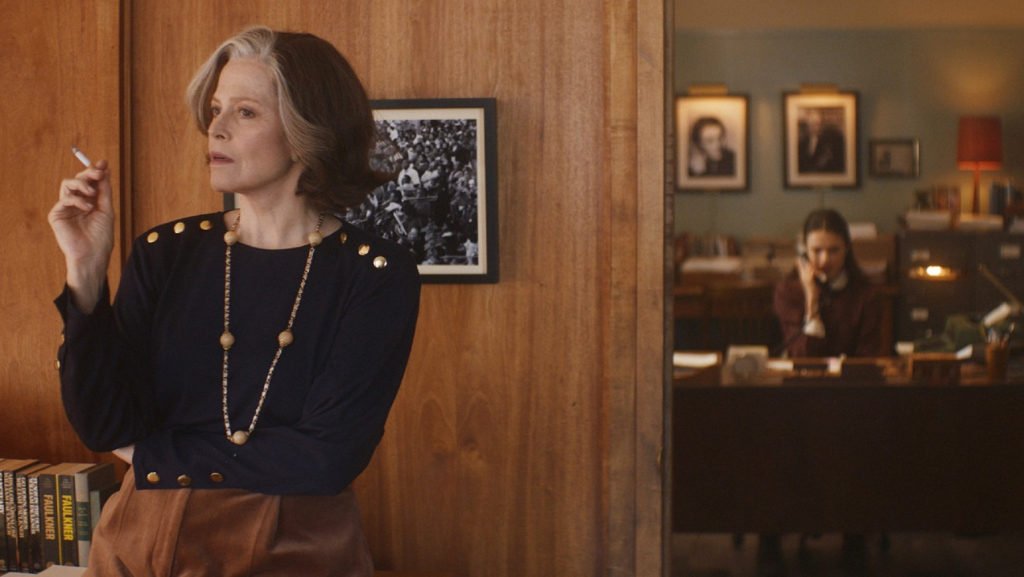 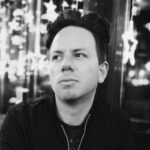 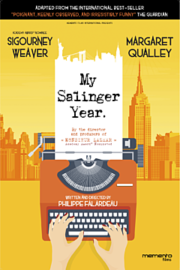 If the opening film for the 2020 Berlinale was paused after only five minutes and the audience were then invited to guess what would happen next, and just how the film would end, the chances for success would be extremely high. My Salinger Year practically tells its viewers that they’re going to be spending a comfortable 101 minutes in Clichétown when Joanna (Margaret Qualley) actually says the words, “I didn’t want to be ordinary. I wanted to be extraordinary.” If so, she’s in the wrong film.

Based on the life story of Joanna Rakoff, who takes a job as the assistant to formidable literary agent Margaret (Sigourney Weaver), the film focuses on her main job: sending a form letter to fans who write to Margaret’s star client JD Salinger, politely telling them that Salinger wishes to be left alone and that their letters will never reach him. This was the real Rakoff’s job in the mid-1990s, and in case the title card wasn’t enough (“New York, Fall 1995”), Joanna’s friend is given a helpful rant about how she hopes those new-fangled emails are just a trend, which sounds as though she’s been taking notes from Jerry Seinfeld.

Salinger’s lack of emotional connection with his fans doesn’t sit well with Joanna. Weaver is wonderful, giving Margaret a crisp haughtiness which doesn’t come across as cold, and allowing the film to avoid the inevitable comparisons with The Devil Wears Prada… well, almost. Weaver’s playfully dry performance, in fact, gives the character texture that isn’t quite deserved from the writing (courtesy of a screenplay from director Philippe Falardeau, adapted from Rakoff’s memoir). Qualley doesn’t make quite as much of an impact as Joanna – which is problematic, since she’s in practically every scene. She plays Joanna with strategic deployment of her strikingly large eyes, meaning that her enthusiasm sometimes comes across as slightly manic. At times, she’s gratingly naïve, even claiming that she (as a university student and aspiring poet) didn’t know what a literary agent was.

The hoped-for emotional resonance of the film never materialises, and we fade to black without really caring all that much for the hopes and dreams of the characters that have been rather stereotypically splashed across the screen for the last hour and 41 minutes. My Salinger Year is a comfortable piece of cinema with minimal ambitions (which it largely achieves). It’s not a bad film. But it’s not a great one either.

My Salinger Year does not have a UK release date yet.