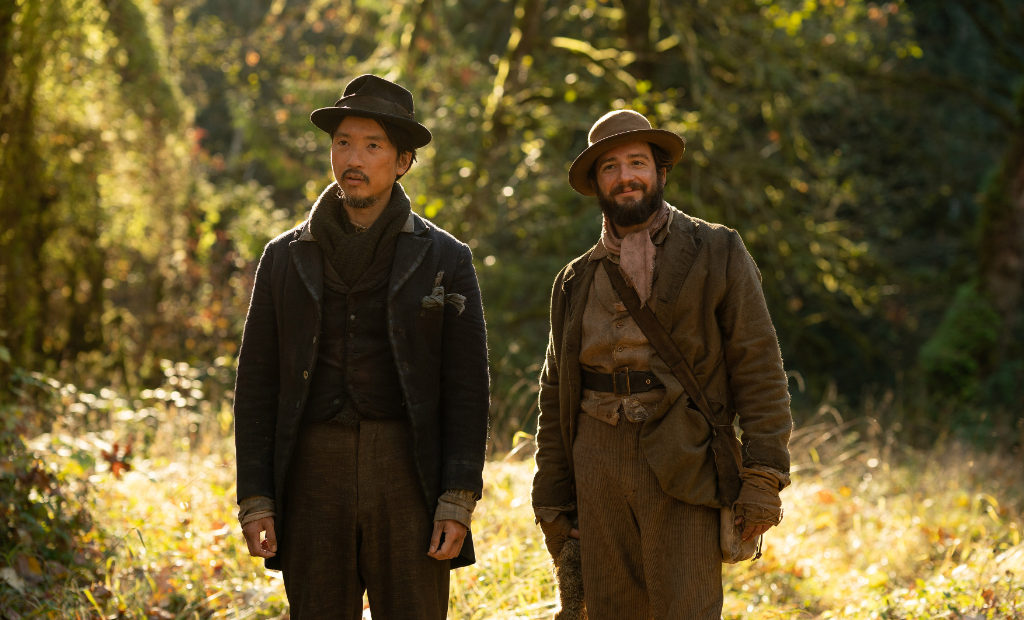 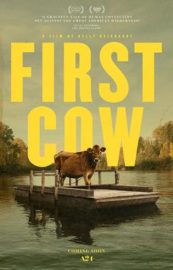 As the William Blake proverb attests, man is defined by his friendships. Blake’s pithy axiom opens this exceptional film for good reason: human life, so reliant on the natural world, wreaks upon it a unique type of havoc. Our relationship to the earth is, in essence, a collective and antagonistic enterprise. Extraction, exploitation and dependency: these interwoven states define the motions of modern capitalism, here illustrated in 1820s Oregon, in the prospectors’ dream of new wealth and industry.

What a sumptuous work this is. Rarely has a tipping point in history been so subtly evoked, as the lush foliage of primordial life turns into the cranking exchange of market mechanisms. Plucked mushrooms and blueberries sit aside primitive units of currency. Director Kelly Reichardt has an unhurried eye for the forces of radical change. As separate characters note, history in America has yet to happen, whereas in sophisticated Europe – namely Paris – history moves so quickly it gets ahead of itself.

It makes sense that we begin in the modern day, then, in an unmarked grave. This is a nod to the source text, Jonathan Raymond’s novel The Half-Life, which spans around 400 years. The echoes of incipient avarice reverberate. Reichardt focuses on the early 19th century, when we meet budding companions Cookie (John Magaro) and King-lu (Orion Lee), shot often in stillness, allowed to pick away at their surroundings.

Cookie makes a worthy job of cow-whispering and baking delicious oil cakes. He’s also a dab hand at domestic life, sweeping up and arranging flowers in the shared cabin. The untouched lands of the Pacific North-West host soil and dirt, fit to be trampled upon by “fancy boots.” Toby Jones and Ewen Bremner have extraordinary cameos as dim-witted imperial Brits who order Cookie to make clafoutis to humiliate a Yankee acquaintance. Transatlantic tensions are shown in their origins.

The Chief Factor (Jones), as he is designated, makes the crucial point, dismissing “the savagery of the frontier.” The fat of the land is in his grasp. His utilitarian quasi-science predicts the future, the barbaric civility of the 21st century. What’s left in Reichardt’s rendering? A whisk made out of collected sticks, which acts as a reminder of human ingenuity, co-opted now by a sort of wariness, a permanent anticipation of violence in the age of the anthropocene.

First Cow does not have a UK release date yet.