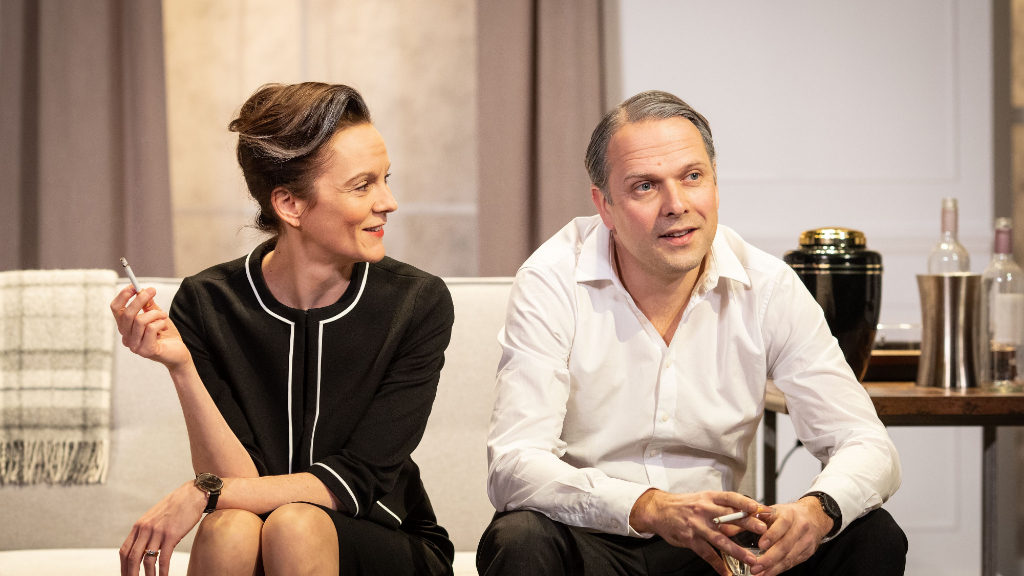 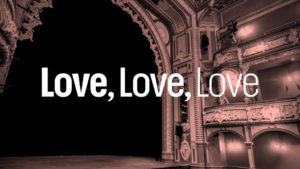 “It’s your fault. All of it.” Following the generational divisions that helped sway the Brexit referendum and 2019 UK election, and the present age gap dictating much of the USA’s Democratic primaries, that pronouncement is an accurate summary of how most millennials and Gen Z-ers feel towards their boomer forebears. Said antipathy equally runs the other way. Sat like dragons on their hoards of wealth – have a guess how old this reviewer is – boomers scornfully point an accusatory finger at the generations that followed them, crying lazy entitlement.​

Things don’t start off too well. Soundtracked by the Beatles, Kenneth (Nicholas Burns) and Sandra (Rachael Stirling) meet for the first time when the latter pops round for a date with the former’s brother Henry (Patrick Knowles). Neither actor is convincing in these younger forms. Everything, from the decor to the outfits to the language, feels phony. But then again maybe that’s the point – these are two Oxford-educated 19-year-olds playing at revolutionary zeal and counter-cultural freedom. A phase to be looked back upon with a laugh and a shake of the head. ​

As Love, Love, Love enters the 90s, everything clicks into place. Ken and Sandra have grown up into who they were always destined to be: work-focused, alcoholic suburban snobs overly enamoured with their own histories. What follows is an excruciating evening of domestic sniping and withering parental cruelty, the pair subjecting their children Rose (Isabella Laughland) and Jamie (Mike Noble) to a breathless display of emotional malfeasance. ​

All this culminates in 2011. Divorced but on good terms, Ken and Sandra are summoned by their daughter. She delivers a sermon against the greed of her parents, while also lambasting them for encouraging her to follow a path of creative fulfilment when she wasn’t good enough to succeed. It’s an interesting twist to a familiar argument, though it comes in a scene so declarative in its generational battle lines that it gets a bit lost.

Rachel O’Riordan’s production is at its best when playing up its sitcom excesses in the middle portion. That impulse is only emphasised by Joanna Scotcher’s staging, which sees each lavishly detailed period set framed as if viewed through an era-appropriate television.

It’s less successful when trying to generate genuine feeling. Burns and Stirling are great as a double act, especially the latter, who delivers a string of venomous one-liners in a sometimes absurd posh accent. But there’s never a sense that these two hold any real affection for each other. It renders the play one-note, denying an element of emotional truth to the box-ticking debates and unkind comedy.

Love, Love, Love is at the Lyric Hammersmith from 5th March until 4th April 2020. For further information or to book visit the theatre’s website here. 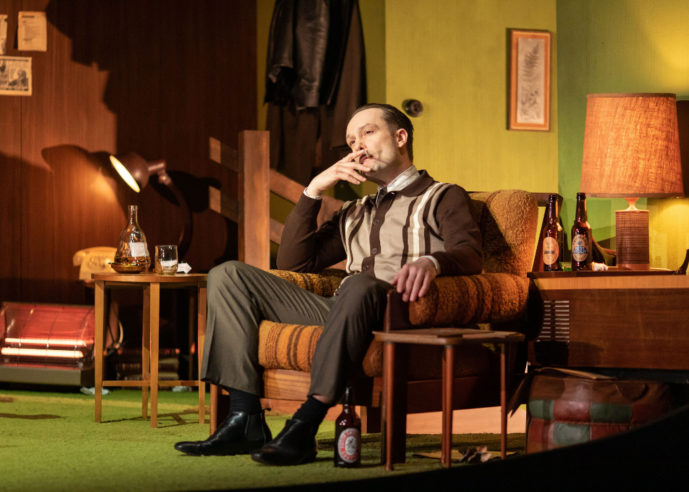 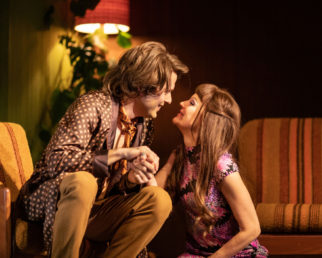 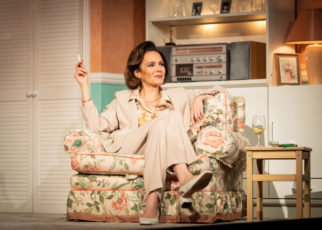 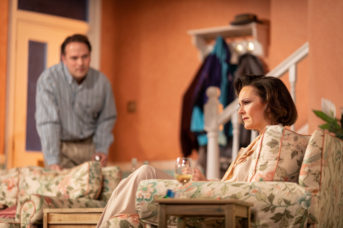 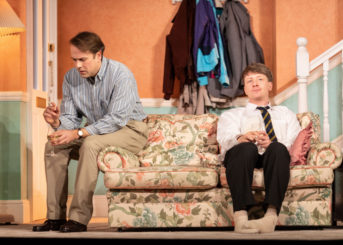 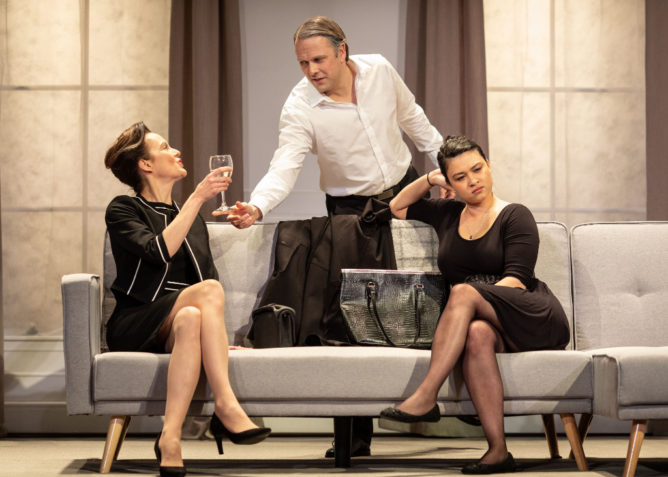 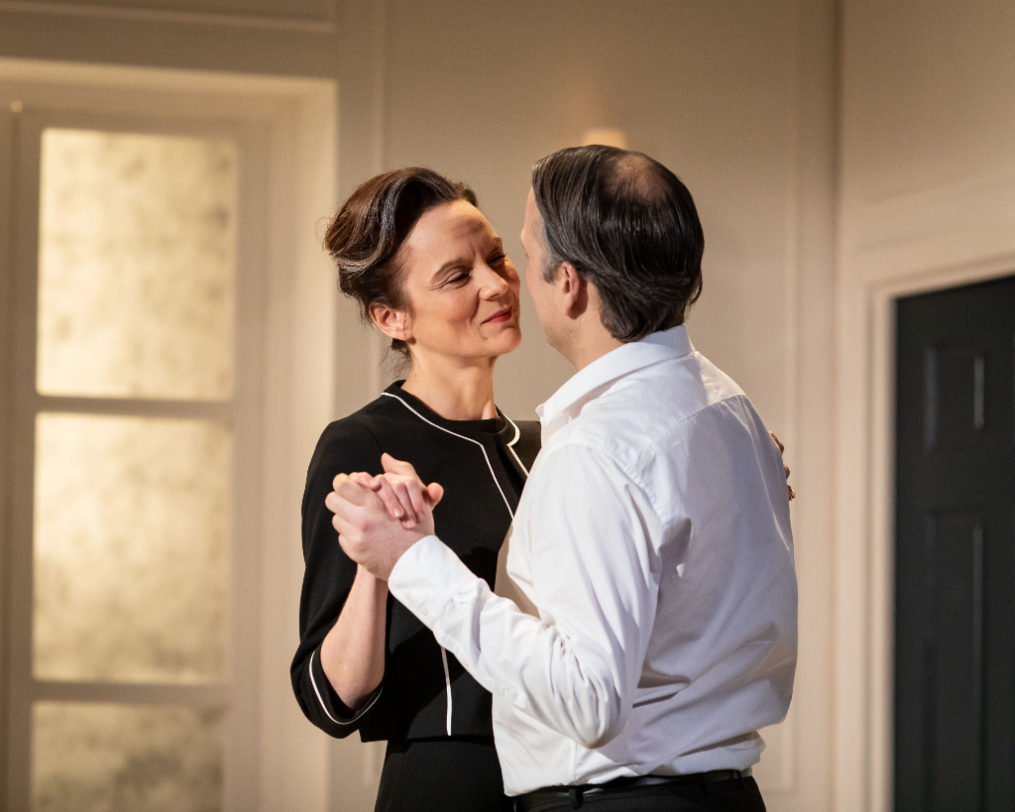