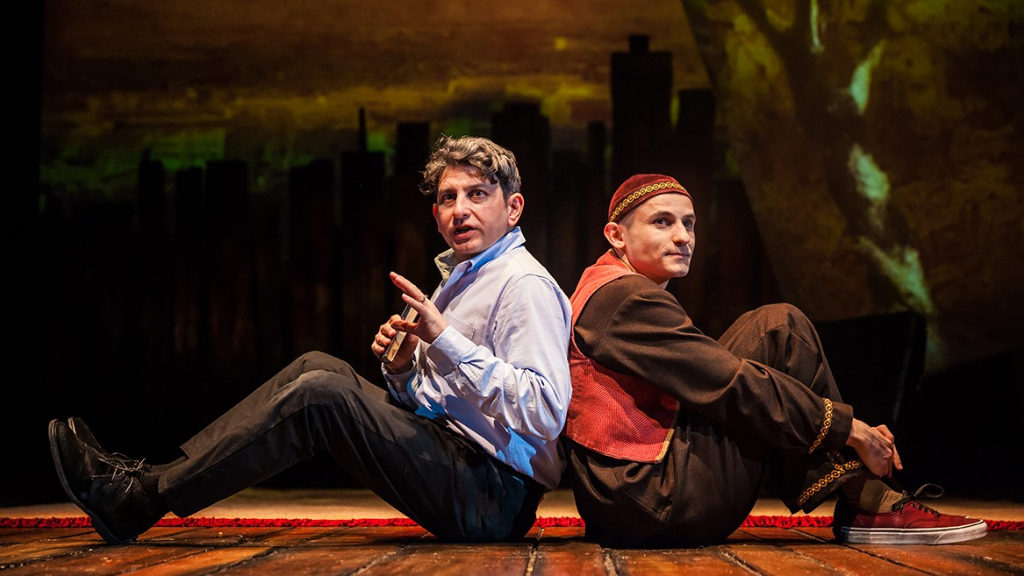 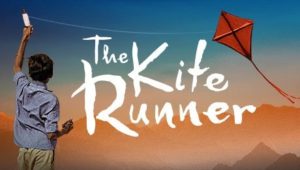 Khaled Hosseini’s 2003 novel The Kite Runner has been adapted for theatre by Matthew Spangler under the direction of Giles Croft into an Orientalist, culturally incorrect play with bad English about an othered people. In a confusion of languages and Indo-Iranian traditions, this adaptation brings Afghanistan to the stage crying the bloody tears of oppression as befitting the gaze of the oppressor. A crew almost entirely made up of white men, with only one white woman – movement director Kitty Winter – scratched their heads to depict the politically complex tale of the games of empires on the battlefield of Afghanistan. What Jonathan Steele, British journalist and Afghanistan correspondent, calls “Western mistakes” are, to this reviewer of Afghan heritage, colonial violence that is watered down to be made intelligible to the Western audience.

Set designer Barney George reduces the beautiful mud-homes and stone mansions of the mountainous capital, Kabul, into pillars which resemble a run-down estate. Drew Baumohl’s sound design accompanies Winter’s interpretation of Afghan dance, which brings together a pop song with the entirely different genre of the traditional attan. Composer and musical director Jonathan Girling claims he “simply found these [songs] and introduced them, with the director’s permission, into the show,” evidently lacking knowledge of context. Indian raga accompanies the play, with table-player Hanif Khan positioned on one corner of the stage. Meanwhile, actress Lisa Zahra, who plays Soraya, joins with Iranian dance movements.

Dean Rehman, who plays Baba, bemoans his son’s love of creative writing, claiming that real men play soccer and do not dabble with poetry, which is an offensive misreading of a culture into whose very fabric is interwoven poetry – both new and dating back almost a millennium, recited verbatim from memory. The blow of this cultural inaccuracy is only reduced later on when the driver who takes Amir (David Ahmad) from Pakistan to Afghanistan tells him that he has always been a tourist in the country. Ahmad’s description of the kite made from bamboo and tissue paper glued together reveals that neither he nor Steele, upon whose account cultural facts are based, have never in their lives made a kite in Afghanistan, where children use locally produced timber and cut-out striped plastic bags.

Andrei Costin plays Hassan and his son Sohrab, with Tiran Aakel as Hassan’s father Ali. They are of the Hazara ethnic group, which Steele wrongly claims have Mongolian heritage – a fact contested by Hazaras – but neither carry even slightly the ethnic signifiers of the flat nose and high cheekbones of Hazara people. Costin performs a helpless, pitiable and loyal servant much akin to Robinson Crusoe’s Man Friday in an effort to provoke sympathy from viewers – a sentiment to which this tale is reduced, negating its allusive and poetic qualities.

The Kite Runner is at Richmond Theatre from 10th March until 14th March 2020. For further information or to book visit the theatre’s website here.