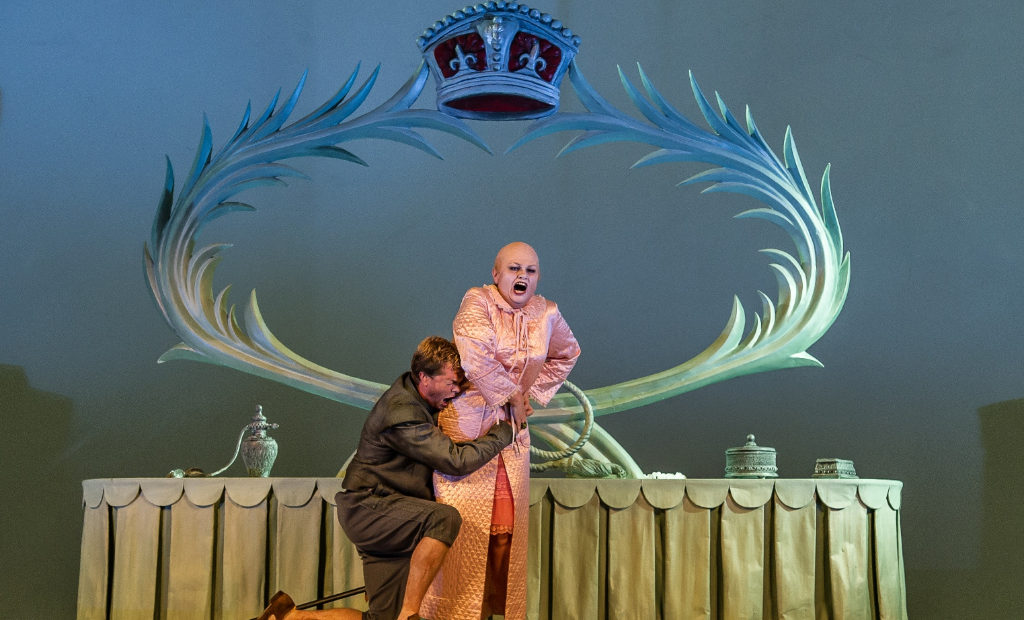 As part of the schedule of live content being released by the Royal Opera House under their heading of #OurHouseToYourHouse, last night’s online premiere of Benjamin Britten’s Gloriana provided a welcome reminder of the sheer technical excellence of the artists based in Covent Garden and – perhaps, tentatively – could mark a move towards increased accessibility in this sector of the creative world, testing out a blueprint for new ways of drawing audiences to their work.

The opera centres on the relationship between Queen Elizabeth I and the Earl of Essex – and, of course, their conflicting loyalties to the people of England, to God, et cetera – and was composed to mark the coronation of Queen Elizabeth II in 1953. The work provoked, on first performance, an ambiguous critical reaction; while allusion to monarchs past has often proved an effective framing for a gentle reassessment of the nation’s current leader, Britten and his librettist William Plomer direct the plot along an inconclusive oscillation between recognising the interesting if reprehensible flaws of their version of Elizabeth I and creating just enough sympathy to make their portrayal inoffensive. The result – complete with a libretto overburdened with clunky if charming archaisms – fails to incite the level of emotional engagement we expect from more refined examples of the form, including many of Britten’s own.

This effect is not to be attributed to the musicians, dancers or vocalists in any case: both Toby Spence as Essex and Mark Stone as Mountjoy deliver convincing vocal performances, each contributing to some genuine moments of tension in the storyline, while the displays of sheer audaciousness that Susan Bullock provides as Elizabeth I allow for some welcome and truly entertaining drama within the confines of the source text. Likewise, conductor Paul Daniel and the house chorus and orchestra defy critique and are to be credited with maintaining a sense of animation through the less dynamic scenes. The collective impact of these disparate sources of artistic brilliance on and around the stage does salvage the performance, but Gloriana as a work proves itself deserving of many of the same criticisms levelled at its initial performance. The piece is a comfortable addition to the Royal Opera House’s online archive, but falls short of many of the stronger works within their repertoire.

Gloriana is available to view on the Royal Opera House’s YouTube channel from 24th April 2020. For further information or to book visit the theatre’s website here. 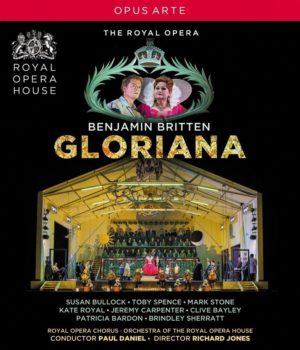