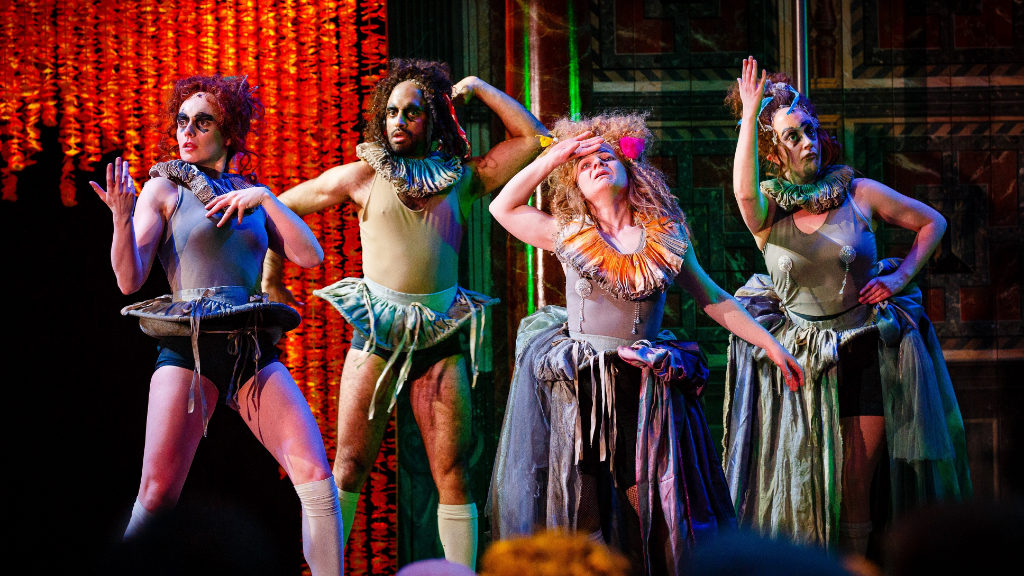 The 2016 Globe production of A Midsummer Night’s Dream is a fresh and modern take on a theatrical classic, reviving Shakespeare for the audience of today. But despite the originality and energy of the performance, this production struggles to fully immerse new viewers watching from behind a screen.

Shakespeare’s story is a well-known and beloved comedy. A Midsummer Night’s Dream revolves around a group of lovers who get mixed up in troubles between the queen and king of the fairies, resulting in mishaps, misgivings and multiple laughs. The 2016 rendition, directed by Emma Rice, takes Shakespeare’s script and flings it into the 21st century. Set in modern times, we see a diverse cast and a gay romance make the production new, relevant and representative of our society. Rice has successfully adapted the classic tale in a manner that will excite and appease Shakespeare lovers as well as those who yearn for fresh new theatre. The production itself looks amazing, full of energy and clear artistic vision. But what lets down this new viewing of A Midsummer Night’s Dream is the lack of preparation for its footage to be watched years later.

The “live” recording, available through the BBC’s ongoing Shakespeare in Quarantine collection on iPlayer, truly provides a window into life four years ago. We see people outside in large crowds, smiling and drinking Starbucks, and are given a description of how the live experience of the Globe is what makes the performances on the famous stage so memorable. Although we are given some interesting insights into the production, it seems odd to include multiple segments and interviews describing how fabulous life outside is for a collection dedicated to helping people cope with lockdown. The recording has not been altered in the slightest, which although endearing at points, feels as if it was a missed opportunity to make the production more engaging for the viewer at home.

Despite its occasional lack of self-awareness, A Midsummer Night’s Dream is an outstanding adaptation of Shakespeare’s original work. It is an experience that while not perfect, makes for a great evening of entertainment.

A Midsummer Night’s Dream is available to stream on BBC iPlayer from 23rd April 2020. For further information about the BBC’s Culture in Quarantine project visit the BBC website here. 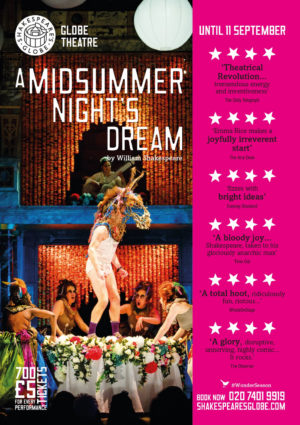