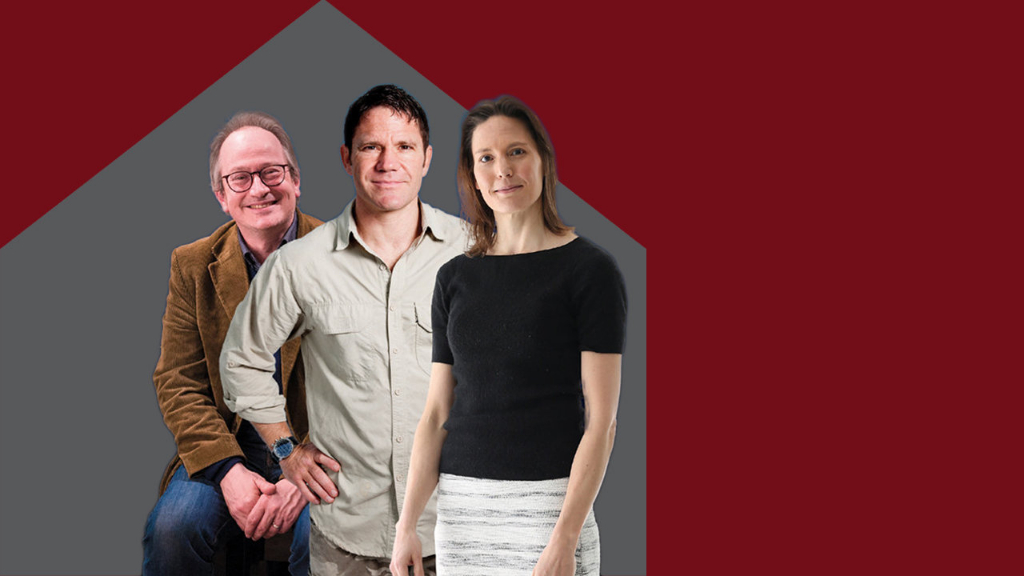 “The imagination of nature is far greater than the imagination of people.” The ocean has so many strange and beautiful creatures, so many mysteries, covers seven tenths of the earth and without it we would not survive – yet we have only explored a tiny fraction of it and know more about the moon than our aquatic landscapes. A fascinating exposition about our beautiful marine environments, Sea Shambles is presented by the Stay at Home Festival as part of the Cosmic Shambles series at the Royal Albert Hall – with charismatic hosts Robin Ince and Helen Czerski – featuring numerous scientists and artists in an intriguing collage of unusual exposes and performances.

Accompanied by the serene, haunting music of band British Sea Power, gorgeous, soothing, meditative ocean shots introduce the show. Physicist and oceanographer Czerski passionately describes the extraordinary versatility of our seas, whole worlds unto themselves with mountain ranges, plains and valleys. Declaring that to experience the “utterly gorgeous” Great Barrier Reef is profoundly affecting and life-changing, she warns that sadly we could lose 90% or even 99% of it because of climate change.

First guest, naturalist writer and BBC presenter Steve Backshall, from his houseboat on the Thames, stresses that the British have lost their connection to wildlife and discusses his joy and love for swimming with great white sharks. Musician, photographer, writer and diver Steve Pretty, regarding Jacques Cousteau’s book The Silent World, counters that “the sea is not silent”, as for example coral reefs and shrimp are quite noisy. Brass, harp, drums, keyboard and a large seashell comprise his band The Origin of the Pieces, playing exceptional evocative oceanlike music.

Author and broadcaster Lemn Sissay – who has read 92 books in quarantine – recites a section of The Rime of the Ancient Mariner by Samuel Taylor Coleridge. Canadian astronaut Chris Hadfield describes earth’s waters as seen from space. Jim Moray on guitar with a cellist and keyboardist play a soulful folk tune about the harshness of the sea.

“The engine of earth is its ocean”, to protect it is vital and we have so much to learn about it. Mysterious and magical, it is the subject of legends and poetry, a terrain so vast and wild it was not crossed until long after the emergence of humans. Fun, intimate and thought-provoking, The Royal Albert Home’s presentation of Sea Shambles is highly entertaining, informative and enlightening.

Sea Shambles was streamed live from the Royal Albert Hall’s website on 17th May 2020 and is now available on their YouTube channel. For further information or to book visit Cosmic Shambles’s website here. 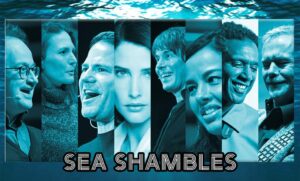