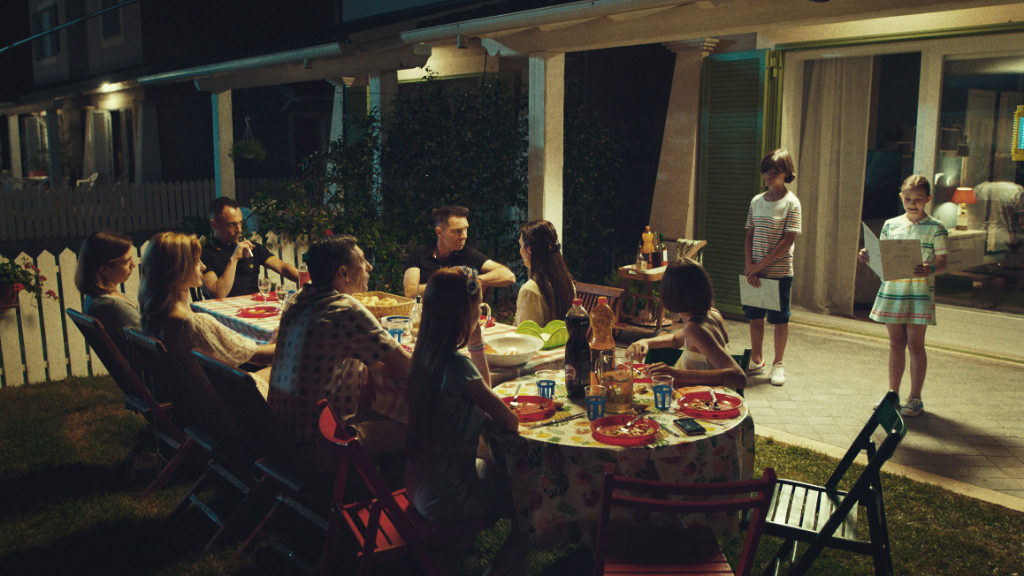 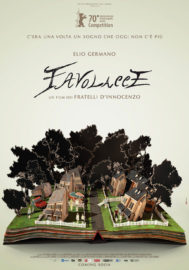 Bad Tales matches the grim determinism of its title. Bad things have happened, are happening, and will happen. This woeful through-line weaves through the narrative, culminating in a testament to pessimism, a celebration of all that appals. This relentless kneeling to morbid humanity is a bit suffocating. Rome’s middle-class suburbia holds portents of malevolence, of socially insecure parents who poison their offspring. Keeping up with the Joneses is given a brutish Italian translation. Non essere da meno dei vicini!

The story is split into two broad perspectives, those of adults and children. Both sets contain characters prone to transgression. Sporting a final-season Francesco Totti haircut, a mound of ugly spikes shaped in distorted geometry, Elio Germano gives a committed performance as the actively nasty Bruno, the domineering and spiteful father of two straight-A prepubescents. He and his wife Dalila (Barbara Chichiarelli) ostensibly want the best for them, but their parental methods are more a reflection of their personal regrets and animosities.

Amelio (Gabriel Montesi, excellent) offers a sort of well-meaning counterpart, a luckless single dad whose reticent son develops measles, which gives their family some rare social cachet. One desperate mother wants her daughter to contract the illness, so they arrange a macabre play-date. The nippers, more generally, speak as if they are double their age, enunciating provocative lines of sexually explicit dialogue. This contributes to the overwhelmingly cynical ambience within which the possibility of violence and tragedy festers. This cankerous locale anchors the timeworn malaise of the affluent classes while effectively suggesting an imminent threat. An early act of sabotage towards a garden swimming pool foreshadows the improvised manufacture of an explosive device.

Brothers Fabio and Damiano D’Innocenzo construct scenes with serious dramatic force and maintain a broad approach of knowing dispassion. They marry the specificities of Rome’s urban sprawl to the suburb-scapes of the great American tradition. Dashes of pure Updike and Cheever and of Richard Yates’s Revolutionary Road are transformed into something deeply juvenile and sinister. The coy narration leans too heavily into frank thematic statements and hokey unreliability, and the flat colouring amounts to a homogenised palette that detracts from the fairytale framing device, one which declares that successful morality tales rarely have happy endings.

Bad Tales (Favolacce) does not have a UK release date yet.