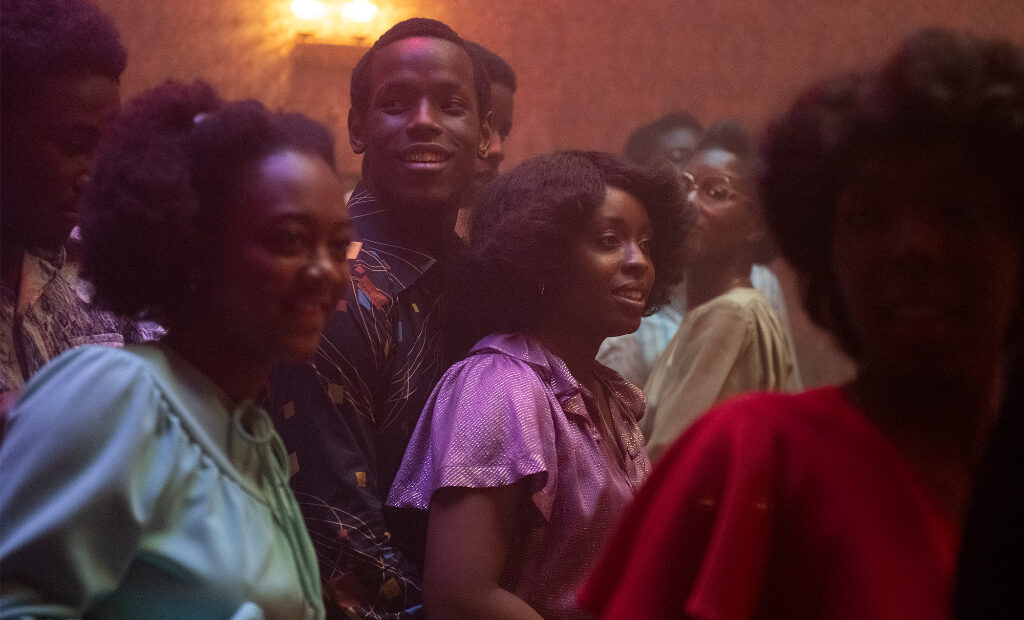 Following the premiere of Mangrove, the first part of Steve McQueen’s episodic Small Axe anthology, at London Film Festival earlier this week, this year’s events begin to draw to a close with the screening of the series’ second instalment. Lovers Rock doesn’t re-enact real historical events, but instead follows the movements and interactions of characters as they attend a house party in 1980s West London. Music, romance, liberation and cinematic brilliance ooze from every corner of the house and its dancing inhabitants as the feature progresses through a single evening. Capturing everything from the arrival of unknown guests to the exploration of coming-of-age naivety, the camera reveals so much as it glides between interwoven bodies while also saying so little, letting the characters’ movements tell the story.

McQueen’s second chapter to his Small Axe series is a prime example of filmmaking excellence. In short, Lovers Rock is sheer perfection for those with a keen interest in saturated, tantalising cinematic experiences. In just over an hour the film sweeps you away in a historic time capsule; in a haze of nostalgia, the sun sets and mood lighting begins as the Red Stripe flows and the vinyl spins. The isoundtrack is sensational as it not only captures the period and scene, but adds another sensory element which effortlessly complements the drama unfolding before them.

McQueen’s passion for detailed, realistic experiences is at the creative heart of this film. There is a euphoric nostalgia woven into the core of what the director has created, proving once again that his work guarantees a meaningful journey, no matter how complicated or simplistic the premise. Much like the viewer, the characters themselves navigate the rooms with cautious optimism as they explore the scenes and size each other up for the next dance. Franklyn (played by EE Rising Star-winner Michael Ward) and Martha (played by debutant Amarah-Jae St Aubyn) express moments like this with such inspiring gravitas. Their performances welcome the audience into an intimate embrace and allow the viewer to be absorbed into the characters’ evening voyage.

Without a direct narrative, there is a feeling that Lovers Rock might be a warmer and more relaxing interlude to the other episodes in the Small Axe series. But, it certainly defends its place with pride, asking why an earth-shaking plot is necessary to engage observers. Instead, viewers sit back and allow themselves to be engulfed in the glow of McQueen’s visual and auditory dream, a simple and painlessly effective pleasure ride which may evoke tears of joy. Another beautiful addition to this ground-breaking and promising five-episode anthology, Lovers Rock will undoubtedly prove to be one of the must-see television viewings of 2020. McQueen should be proud of his achievements and deserves all of the praise he has received at London Film Festival this year. After this instalment, the world eagerly anticipates the rest of the Small Axe anthology with feverish excitement. 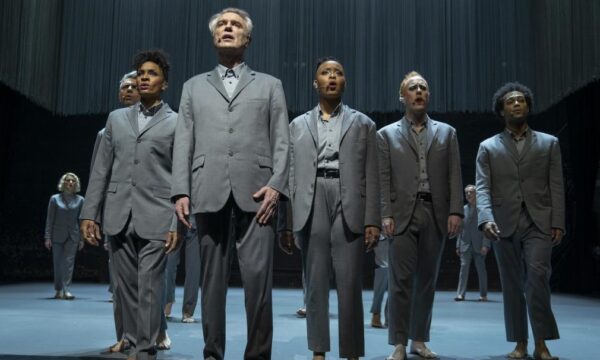