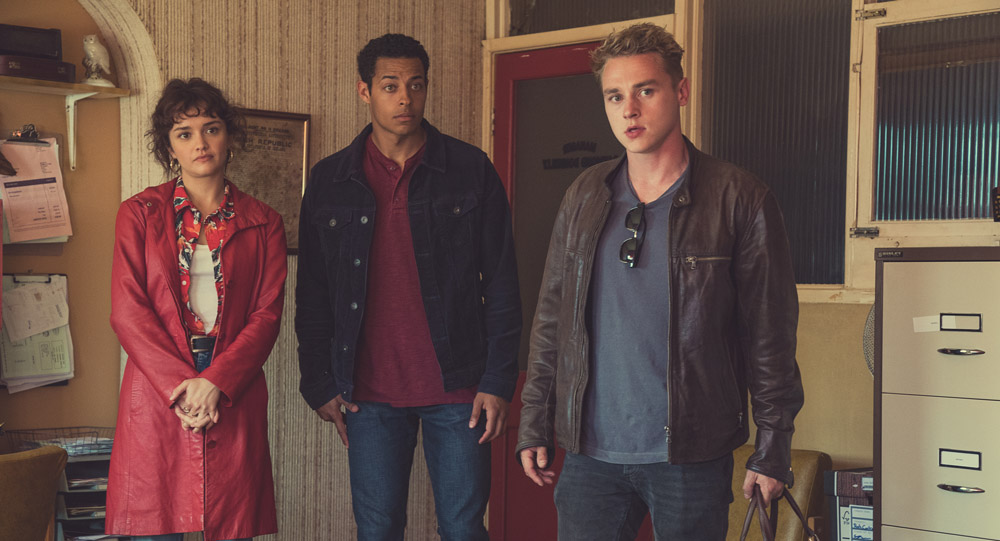 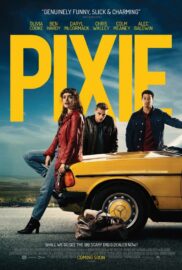 After the murder of her mother, Pixie (Olivia Cooke) sets out to deliver justice and escape her gangster family by engaging in double-crossing and theft. As things go awry, she finds herself joining forces with two friends (Ben Hardy and Daryl McCormack) in an effort to sell a duffel bag of drugs, while assassins chase them down. Written by Preston Thompson, Pixie has the makings of a typically enjoyable crime comedy, but proves to be overly complex and too fractured to make an impact. With twists and turns appearing out of left field and dull exposition delivered through monologues, immersion in Preston’s crime caper world proves to be a struggle.

However, where the script fails in Pixie the cinematography shines. Sporting striking visuals that play with an interesting blend of styles, the overall look and atmosphere of the film is dynamic. Featuring Tarantino-esque shoot-out scenes between priest Alec Baldwin and Mafia head Colm Meaney, paired with closeups on witty puns, the effect is alive and full of personality. But even captivating camerawork proves insufficient to mask the empty shell of writing that is the film’s female lead.

Despite Cooke’s strong performance, the character of Pixie is a stereotype who lacks agency. A strawman depiction of a strong woman, Pixie’s persona is defined by the men around her. Considering the marketing of this film, promising a “takedown” of the patriarchy, the dated and hollow depiction of the only prominent female character in an otherwise male-dominated cast feels disappointing and at points even exploitative.

Though Pixie is centred around a sup-par female protagonist, the rest of the wacky, Pulp Fiction-reminiscent characters result in a few hilarious scenes. With some strong moments and a talented cast, Pixie has all the makings of a standard lighthearted heist drama, but it is a film that, despite promising elements and dynamic visuals, fails to offer a gripping plot and feels rushed and confused in its message.

Watch the trailer for Pixie here: