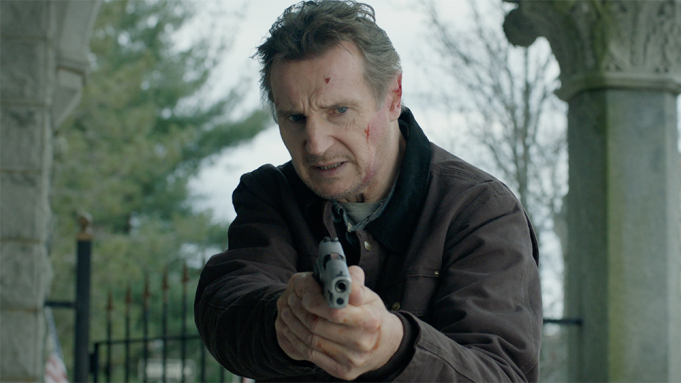 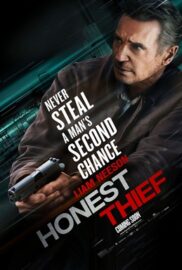 Bank robber Tom Carter (AKA the infamous “in-and-out bandit”) decides to redeem his weighty life of crime by turning himself in to the authorities, with the ultimate goal of receiving a relaxed sentence and finally living an honest life with his girlfriend Annie (Kate Walsh). But when Nivens and Hall (Jai Courtney and Anthony Ramos) – two crooked FBI agents – decide to double-cross him, Tom finds himself in a desperate situation to seek revenge, save his partner and clear his name of a violent murder.

With Liam Neeson fronting a premise like this, one can only expect Honest Thief to be merely the latest episode of competent yet bland action fare that the famous actor has been featured within for the past decade. For the most part, the picture does nothing to prove this cynical assumption false. Although little in the proceedings amounts to saving grace, glimmers of a silver lining can be traced if one squints hard enough.

This comes in the form of its disallowance for the modern action film’s more grandiose indulgences, which may be down to first time director Mark Williams’s preference for gritty earnestness or, more simply, just a lacklustre production budget. Either way, the movie’s notable restraint proves to be both rewarding and stifling.

Nonsensical set pieces and bludgeoning wall-to-wall action sequences are sacrificed for suspense and character development that – although sparsely effective – initially lures viewers in just enough to make even the simplest fight scene feel much more satisfying than it appears. One brief tussle involving Tom, Nivens and a broken hotel window succinctly proves that a moment of combat can feel remarkably climactic if it plays off of some preceding tension.

But these exciting instances are few and far between. While the energy of the action oscillates throughout, the drama begins serviceably and immediately stagnates. Character motivations are present but not explored very thoroughly. For example, Tom knows that turning himself in is his only chance of forgiveness from Annie, but he is oddly convinced of this even before she’s aware of his past misdeeds.

Additionally, the blunt Nivens is bizarrely quick to resort to bloody murder just as he is to daylight robbery. Although a villainous Courtney manages to steal the show, his character is a dimensionless combination of evil and unintelligence, feeling more like a henchman than an antagonist. He’s threatening, but he could never believably outwit the level-headed Tom.

With earnest direction, a decent premise and a good cast (even if Robert Patrick is wasted), Honest Thief has a nice set up to be an effective little thriller. But thanks to the sheer lack of twists and several missed opportunities at stirring suspense – particularly in its second half – it fails to properly elevate any of its strengths.