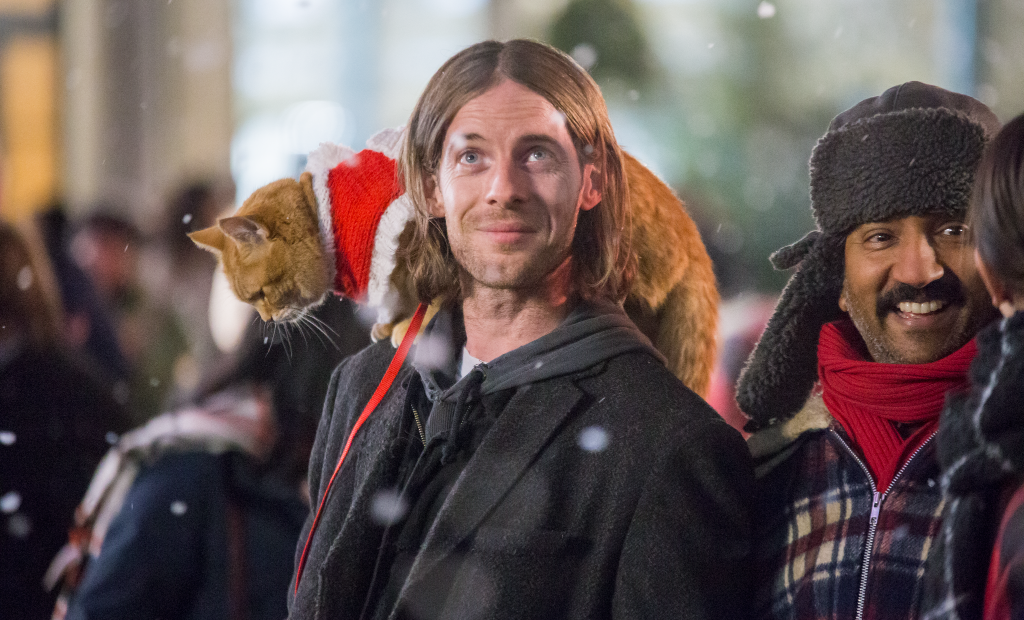 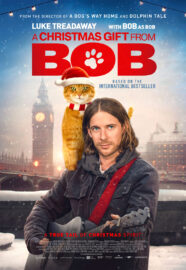 In 2016, audiences across the world were swept away by ​A Street Cat Named Bob​, which detailed the powerful way in which animals can alter the course of our lives and leave paw prints on our hearts. James Bowen’s life was forever changed when he met Bob. The pair shared a rare bond that eventually catapulted them to fame, allowing James to leave behind his difficult life busking on the streets and counting pennies for a world of literary launches and TV interviews. This is where ​A Christmas Gift from Bob ​begins – with book signings, fancy parties and agents calling for a second novel.

Then, in a Dickensian flashback to “a Christmas past”, prompted by a police officer’s mistreatment a young busker, we find out about the most recent festive season that Bob (who is played by the real cat himself, before his death in June 2020) and James (Luke Treadaway) spent together. Struggling to survive financially, the latter sells the big issue and busks throughout London, nearly always accompanied by his four-legged friend. However, when an animal protection service threatens to remove the feline from Jame’s care, it seems as though all hope is lost.

The film, directed by Charles Martin Smith, borrows many of its themes from the original movie, yet manages to feel more timely than ever. With thousands of people in the UK alone set to go hungry this Christmas, the themes of poverty and homelessness weigh down the movie’s overall message of optimism, encouraging the viewer to enact positive change in their own lives.

However, a good Christmas flick will always guarantee a certain sense of escapism, especially when there is magic involved. The enchantment present within ​A Christmas Gift from Bob ​is not that of fantasy; instead, it focuses on human magic – the kind that occurs when people look out for each other. If there is one message we can learn from James and Bob, it is that kindness, compassion and friendship can transform the world. This film is the perfect winter warmer, equal parts heart-warming and harrowing.

A Christmas Gift from Bob is released nationwide on 6th November 2020.

Watch the trailer for A Christmas Gift from Bob here: