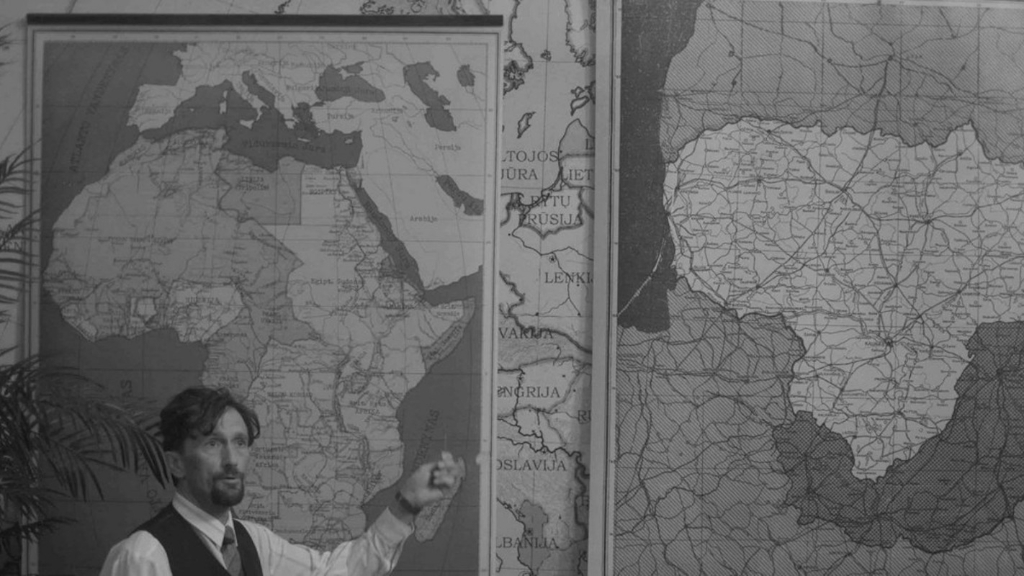 Young Lithuanian filmmaker Karolis Kaupinis captures the machinations of border warfare in Nova Lituania, an intriguing festival film that doesn’t manage to develop far beyond its setup. Kaupinis depicts a little known incident in 1930s Lithuania wherein the geographer Kazys Pakstas, worried about his nation’s eradication amid encroaching German and Russian powers, proposed the creation of a Lithuanian colony in Africa or Latin America “as a backup” – compelling and, yes, inherently problematic premise. Pakstas’s notion of the best defence being a good offence has dreadful consequences, and Kaupinis strictly sticks to the faces of the colonising forces, in what one might generously see as an effort to depict the banality of evil.

Nova Lituania is riddled with problems that go deeper than its subject matter. It is stilted and respectful of historical figures in a way that will be familiar to viewers of recent Central and Eastern European art-house hits Cold War, Leto, and The Turin Horse: long shots, glacial character development and a backdrop of political turmoil that takes place between scenes. Nova Lituania is a part of this school, which is driven more by acceptance into the film festival circuit and minor distribution deals than radical exploration of its own national pride.  Black-and-white digital photography, courtesy of Simonas Glinskis, presents the air of artfulness when it captures tailored suits and army uniforms, when it cuts from wrinkled faces to the sun bursting through the trees in a forest. With dreary seriousness, Kaupinis films conversations between men, the use of digital betraying the period setting without meta-commentary, the framing telling the viewer little about the relationships between characters beyond accentuating their hairlines or the wetness of their eyes. Ultimately Nova Lituania, despite depicting an obscure corner of history, does so by using tropes that are as worn out as Kaupinis’s frustrated characters.

Nova Lituania is released digitally on demand via Mubi on 9th November 2020.