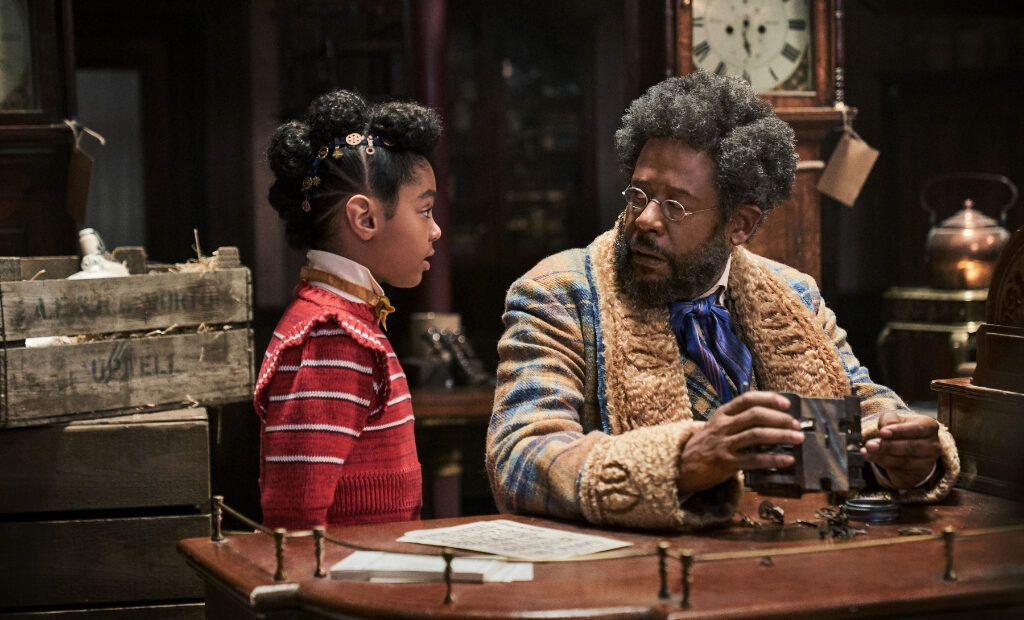 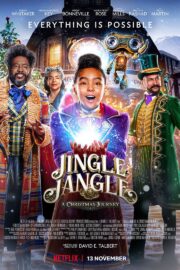 Steampunk meets the holidays in David E Talbert’s third festive feature, the family-friendly musical Jingle Jangle: A Christmas Journey.  Toy inventor Jeronicus (Forest Whitaker) – with the help of his granddaughter Journey (Madalen Mills) – faces his past to reclaim his imagination, confidence and family in the snowy Victorian-era town of Cobblestone. With an impressive aesthetic and memorable numbers, the holiday musical is a fun watch despite its low-stakes story.

After a book of inventions is stolen by his apprentice Gustafson (Keegan-Michael Key) and latest creation (Ricky Martin), Jeronicus’s life falls into ruin. In the years following the incident, the inventor is on the brink of bankruptcy with the deadline of Christmas morning to either create something revolutionary or lose his store indefinitely. The grandfather returns to the invention he gave up years ago while avoiding Gustafson’s thieving schemes with the assistance of his genius granddaughter along the way. Focusing on Jeronicus’s emotional arc and relationships, Talbert presents a typical heart-warming Christmas film but unfortunately sacrifices a compelling plot while doing so.

There is a distinct lack of conflict in Jingle Jangle. The competitive tension between the toymakers is one-sided and the looming Christmas deadline is often forgotten. The movie feels unfocused with the many festive themes and plot lines featured. Although showcasing strong moments overall, there is a sense that the musical simply spreads itself too thin, trying to cover all the holiday bases instead of delivering a solid narrative. However, where it lacks in compelling storytelling, it makes up for in charm and well-choreographed numbers.

Perhaps the most pleasantly surprising aspect of Jingle Jangle is that it is a Christmas flick with original, good music. The diverse cast is full of outstanding talent, as demonstrated by the energetic dance sequences and strong vocal performances throughout Talbert’s work. The various numbers paired with genuinely funny moments, make the film enjoyable and easily watchable despite its thin script.

Full of special effects, comedy and catchy tunes, Jingle Jangle: A Christmas Journey is a fun festive feature that will no doubt charm children. Although saturated with classic holiday tropes, it ticks all the Christmas movie boxes by immersing viewers in a world of fantasy and self-discovery.

Jingle Jangle: A Christmas Journey is released on Netflix on 13th November 2020.

Watch the trailer for Jingle Jangle: A Christmas Journey here: