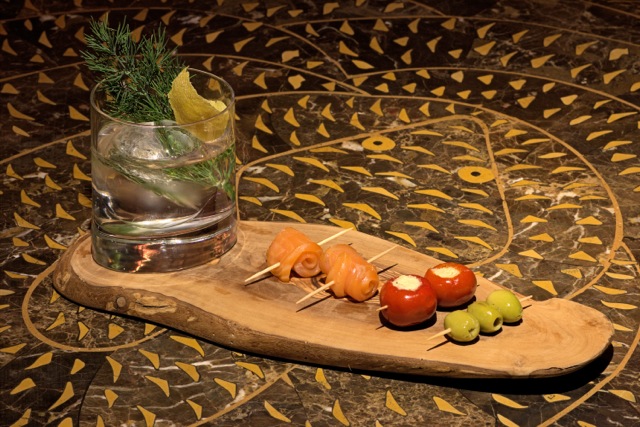 Who says meat can only be eaten? Serving up a menu of carnivorous cocktails (yes, cocktails!) is London’s largest South African restaurant Shaka Zulu in Camden.

Having recently launched their new Meat Bar, this brand-new venture plays on the restaurant’s reputation for exotic meat offerings with a series of three meat-flavoured cocktails, which they suggest will be “the hottest new trend in London”. Taking up residence in the far end of the upstairs bar and the brainchild is cocktail genius Tony Safqi.

Shaka Zulu’s meat infused concoctions are laced with all things wrong about drinking a cocktail: chorizo gently rubbed against the edge of the glass, rashers of bacon decoratively adorning glasses. However, and as intriguing as they are, you cannot fault the creativity and imagination involved in bringing something edgy to London’s drinking scene.

To start, their Bloody Bacon delivers a raw punchy kick and a twist to the classic, 24-hour mature Bloody Mary mix, bacon vodka, garnished with celery, crispy smoked bacon and a skewer of soft cheese and cherry tomatoes. Every sip works wonder on your palate.

Then there’s the Meatequita, a meaty lover’s heaven, a blend of Tequila Reposado infused with chorizo, vegetable juice, balsamic vinegar, smoked sea salt pepper and port, which is then served either straight up or with beef biltong strips and chorizo.

The fish loving option is the Salm‘n’Martini, made with smoked salmon-infused vodka with lemon pepper and poured over a decorative ball of ice, served with a host of traditional martini accompaniments including smoked salmon, stuffed baby red peppers and olives.

Accompaniments in the Meat Bar include platters of cured exotic meats and oysters, perfectly complementing the flavours of the infused blends. 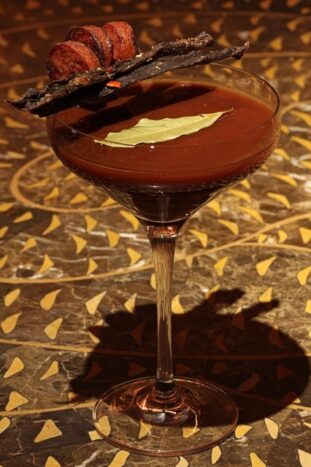 Our overall impression? Definitely a treat for meat lovers, and for those with an open mind enough, who must come to try these unusual creations. It’s not somewhere you would go regularly for after-work drinks, but more of a special trip at £15 per cocktail. Just forget about eating your dinner, it’s all in the glass.

The Meat Bar is set to open at the end of June 2012 at Shaka Zulu in Camden.