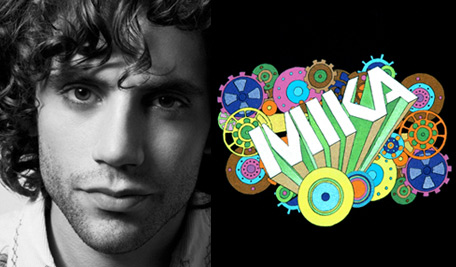 Mika fans were quite literally in the proverbial as the British singer-songwriter played to a wildly enthusiastic crowd at popular nightclub Heaven last night. Mika outdoes himself in live performances

The venue was packed right back to the bar and staircases and balconies were lined with admirers as Mika took to the stage for his first gig in the UK promoting his latest album, The Origin of Love.

Fans told to arrive for “8.30pm SHARP” due to the club’s strict curfew waited impatiently as the minutes ticked past; when he finally appeared Mika apologised for his lateness – and endeared himself to practically everyone present – with, “I was supposed to do a radio interview but I freaked out and locked myself in the bathroom.”

It is this mix of frankness and charisma that makes Mika such a fantastic performer. Studio recordings simply don’t do justice to the sheer exuberance of Mika live; it’s like listening to a completely different artist. His adoring audience clapped, swayed and sang as he leapt about the stage, bashed at the piano keys, danced on the piano, and enacted slapstick routines with his band members, investing hits like Billy Brown and Blame it on the Girls with an energy and intensity that make their recorded versions sound remote and chill. At one point he reminded me of nothing more than an over-grown puppy frisking about the stage and basking in the general adulation.

There was a good mix of hits from across Miko’s three albums (Life In Cartoon Motion and The Boy Who Knew Too Much are his first two), although most people seemed to know his newest songs just as well as the older ones. Songs like Lola, Rain and Happy Ending had everyone singing so loud that Mika was able to harmonise above them, and collective hand-clapping featured throughout. In fact, the audience was more or less euphoric for the entire hour and a half, any lapses in energy being quickly corrected with a cascade of giant balloons or a blast of confetti from the balcony.

Mika’s vocal prowess was on full display as he plunged from falsetto to baritone with ease. His characteristically nasal tone and chewed-up vowels perfectly suited the snappy, pop-cum-cabaret melodies, while his band clearly revelled in the thick instrumental harmonies and galloping beats. The slapstick theatrics continued throughout the whole performance; during Love Today he mimed shooting band members one by one before turning the gun on himself and lying dead on the piano – then springing back up in a virtual resurrection for one last resounding chorus. The energy and noise snowballed through We Are Golden to finish with a rendition of the ridiculously catchy hit song Grace Kelly. And, of course, he was called back to give a heartfelt encore titled, fittingly enough, Origin of Love. And if the rapture in Heaven was anything to go by, the album has a very successful future ahead.

Check out Mika on Facebook and Twitter for further update on the release of The Origin of Love.

Frank Ocean – Channel ORANGE | Album review
A taste of Noma – live photo blog from the world’s number 1 restaurant, in London for the Olympics