Save the Children launches first child poverty campaign in UK 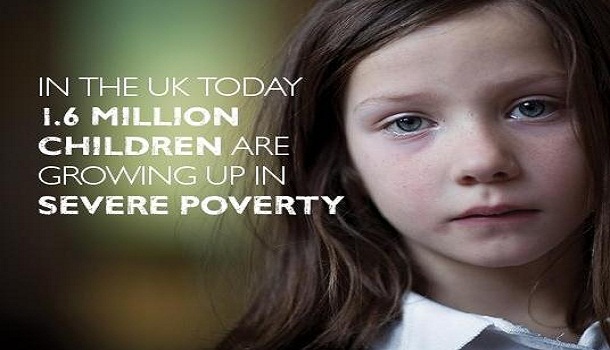 Save the Children launches first child poverty campaign in UK

Aiming to raise £500,000, Save the Children has launched its first domestic fundraising appeal to raise money for poor families in the UK, after traditional focus on Africa, Asia and South America. Launching its appeal, which bears the slogan It Shouldn’t Happen Here, Save the Children said that an estimated 3.5 million children are living in poverty in the UK – 1.6 million in severe poverty, and this shocking figure is expected to rise by 400,000 by 2015. Save the Children charity, which was founded in 1919 and works in 120 countries, warned that many children were missing out on regular hot meals, failing to wear warm coats or shoes and struggling to take part in school trips. Some mothers and fathers are also going hungry and being put under enormous emotional strain because of the pressures of feeding their families.

In its new report, Save the Children highlights that nearly four fifths of poor parents (80%) said they were borrowing more money for essentials such as food and clothes. The report has also revealed significant numbers of parents in households with income of up to £30,000 a year are willing to skip meals, go into debt, avoid paying bills, and put off replacing worn-out clothing to ensure their children get enough food to eat. The report adds that some 44% of families in poverty say that “every week they are short of money”, while 29% say they have “nothing left to cut back on”.

Amid claims that youngsters are going hungry as they bear the brunt of the government’s austerity drive during the recession, Save the Children charity said Britain’s poorest youngsters were bearing the greatest burden of the recession. Justin Forsyth, the charity’s chief executive, said the government must do more to help protect the “poorest and most disadvantaged from further cuts”. Mr Forsyth insisted that poverty levels were worsening under the current government.