Journey to the Moon – Kutluğ Ataman 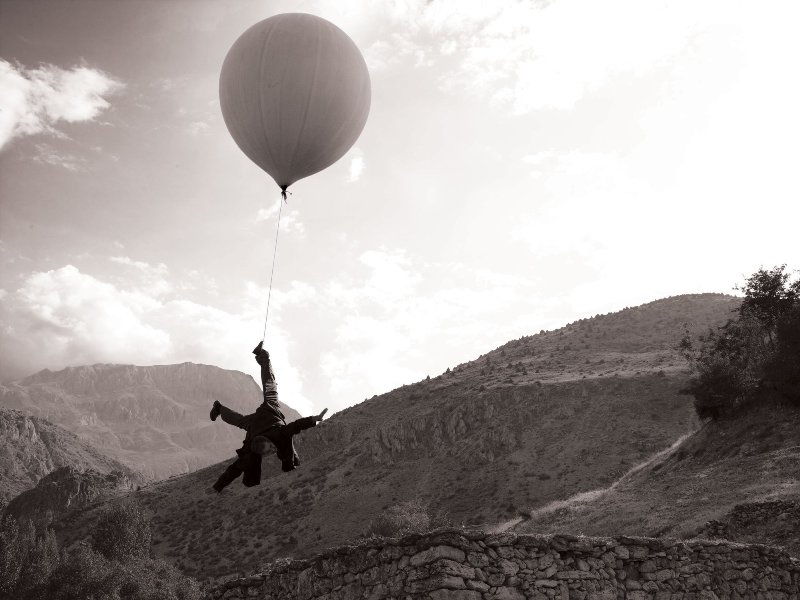 Space travel from a remote Turkish village in the 1950s sounds like bizarre classic sci-fi: backward villagers embrace the 20th century and work together to propel a minaret to the moon.

Kutluğ Ataman is a Turkish artist and filmmaker nominated for the Turner prize in 2004. His work examines the crossover between fact and fiction, but then again film and gallery audiences are used to the idea of fiction and invented narratives. Presented in a documentary style, this space race story is backed up by fake interviews on a second screen, while the first is a narrated black-and-white slideshow of stills from the fabricated archive. A constructed history demonstrates that all history is constructed, and that is Ataman’s real talent.

It’s called an art installation, but it’s not really an installation at all, as there is nothing particularly specific to the site and it looks awfully like a typical gallery set-up with a line of photos on the wall and a screening room. It ought to be much more fun and wonderful, but in the gallery Journey to the Moon it comes across as something that was greatly enjoyable to make and be involved with – a fabulous idea, but underwhelming in its current form.

Journey to the Moon: Kutluğ Ataman is at Thomas Dane Gallery until 6th April 2013. For further information visit here.