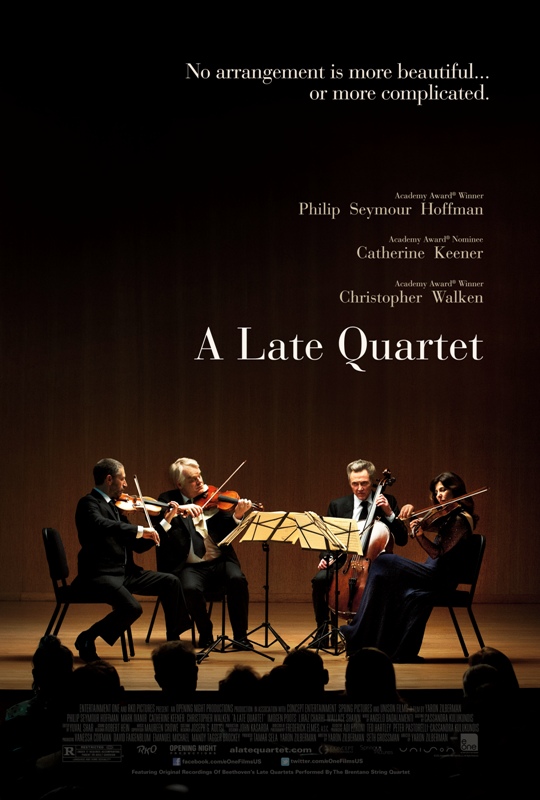 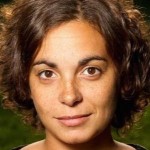 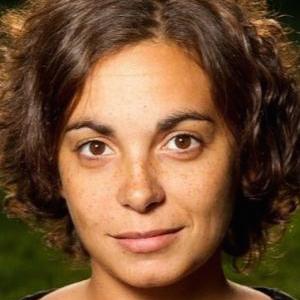 Beethoven’s music may be old, but as it is played throughout A Late Quartet it continues to illustrate life and its complexities. Four friends, four instruments, four destinies and one quartet on the edge of dissolution. After dedicating their lives to music, with more the 20 years and 3000 concerts together, the musicians’ world is shattered when cellist Peter discovers that he has Parkinson’s disease. Unspoken emotions explode and the family-like group are forced to face their problems – topmost, the fact that they are growing old.

Robert, the second violinist, has to deal with the loss of his wife and his ambition. His wife, Juliette, is the female center of the quartet and has relations with all the men: one she loves, one she desires, and one she is partnered with. Violist Daniel finds himself falling in love with his friend’s daughter, hoping for a less rigid existence.

Yaron Zilberman’s first feature is about love, loss, music, chances, hope, dreams, failure… it’s about life at a delicate point, when everything is still possible, but no longer eternal.

Set in snowy New York, the film’s characters are like early buds, not yet sure if they’ll live through the winter and have the necessary passion to bloom. The members of this close-knit quartet are in fact very much alone, shown in intimate close-ups on their tormented bodies and souls. Philip Seymour Hoffman, Catherine Keener, Christopher Walken and Mark Ivanir are invited into the universes of Beethoven, Rembrandt and Eliot, and they perform magnificently with subtle delicateness and much talent.

A Late Quartet is released nationwide on 5th April 2013.

Watch the trailer for A Late Quartet here: