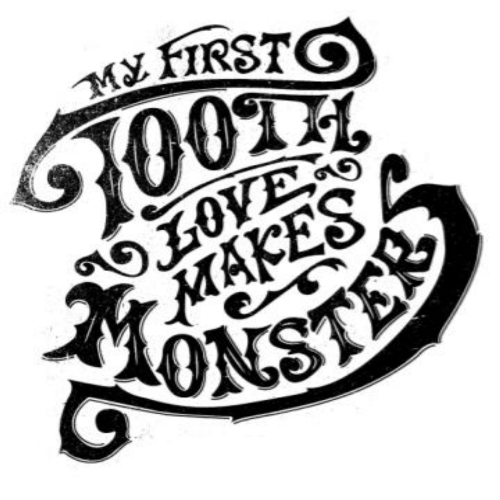 Northampton quartet My First Tooth has released their second album Love Makes Monsters. The band, consisting of Ross K. Witt, Sophie Galpin, Jo Collis and Gareth Amwel Jones, started recording in Berlin before moving to London where they were signed with Alcopop, an independent label that promotes indie bands from all over the UK. 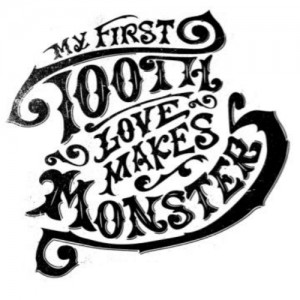 The first half of the record is an ensemble of fast paced songs: a multi-instrumental blend where acoustic guitars, tambourines and violins scream folk-pop. Claw to Club and Past Broadcasts are strong opening tracks. Halfway through the album there is a clear division. Six lasts for only 61 seconds an overture to Into The Wild Part 1. The change of pace and tone is subtle; the cheerful sound becomes solemn, heavier and slower. The feeling strengthens in Into the Wild Part 2 where the sound becomes even darker. The last track Some Gurls is quiet with a hint of symphony, lasting over ten minutes and punctuated by high pitched choirs.

My First Tooth has tried for a more mature sound: the first half of the album works, but the second fails to create an emotional bond with the listener. Love Makes Monsters slowly sheds the cheerful sound of their 2010 début Territories, replacing it with a darker tone.

The result is an interesting album of two parts, one unfortunately better than the other.

Watch the video for My Past Broadcasts here: