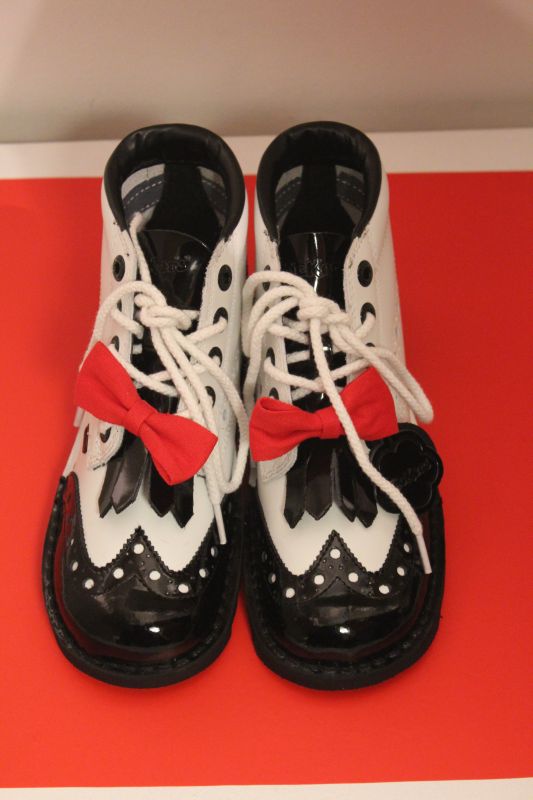 Kickers have been a popular footwear brand since it launched in 1970, never more so than in the 1990s when Lazy Oaf designer Gemma Shiel was growing up. Using her childhood as inspiration, Shiel set about taking the iconic Kickers shoe shape and adding a Lazy Oaf twist. There are five pairs of shoes in the collection and there’s something for everyone who wants to add a “kick” to their wardrobe. The most notable pair is the Kick Lazy Lite’s channelling the large soled shoes of the Spice Girl’s era and adding a colourful twist. These shoes definitely deserve their name too, as they are nowhere near as heavy as you would imagine them to be. A platform sole like this is also great for anyone who wants to add height but can’t wear heels. The Lazy Kick Glitters come in two colours, black and multi, and are the perfect shoes for women who like to be girly but in sensible footwear. The “glitters” let you stomp through puddles and sparkle while you’re doing it. The cartoon style of the Kick Lazy Dotty’s has a ring of Minnie Mouse to them. If you want to add some colour to your feet, but aren’t brave enough for the Kick Lazy Lite’s, these could be the pair for you. The last pair in the collection is the Kick Lazy Brogues complete with fringing and a red bow on each shoe. There have been a lot of brogue style shoes available recently, but these add a fun, funky twist to a design classic. The bow and fringing are removable too, which makes them great for all occasions.

The Lazy Oaf x Kickers collection is available now in store and on the Lazy Oaf website here, and on the Kickers site you can view here from 27th March.