When fashion meets wild nature: an interview with Negar Bahardoust 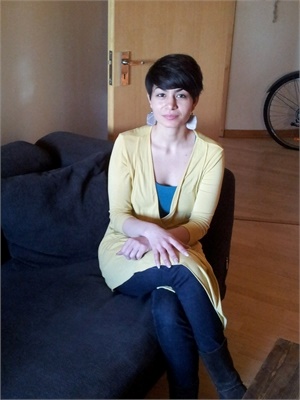 When fashion meets wild nature: an interview with Negar Bahardoust

Negar Bahardoust is an Iranian London-based fashion designer. She was a finalist for the “designer of the year” award when she graduated from Ryerson University in Toronto and moved to London in 2005.  She founded the womenswear label “Queen of The Wild” and is now trying to break into the luxury market.

Why did you decide to move to London?

I made up my mind whilst I was still studying in Toronto. Everything related to fashion, film, art and design is much more profound in London.

You worked for Nicole Farhi, Gharani Strok and Bora Aksu. Did you get any inspirations from these designers?

I worked with them at the beginning of my career and I mostly worked in production, but I loved working for Bora Aksu. Sometimes in big fashion houses you can be left on your own. However, with Aksu it was like working with a family, everyone cared about each other and I actually learned something. 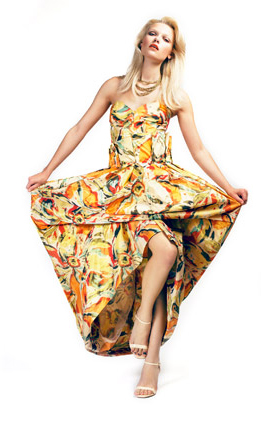 You graduated in MA Production Design for Film and TV from Kingston University in 2008. It is a very different choice from fashion. What’s the reason behind it?

To me they are not so far apart. When I think of characters, I think about the surroundings and imagine the whole set that the characters belong to. If I design a nice dress with some story behind it and the person who wears it has the charisma to carry it, it would become more than just a pretty dress and represents much more than that. In my opinion, there are lots of common grounds between them.

You were born in Iran. How do your origins influence your collections?

I moved to Canada in 1999 when I was 16, then, I moved to London in 2005. I don’t feel I only belong to Iran as I’ve travelled a lot and lived in two different countries for years. Perhaps, I feel I can connect more with the Mediterranean and South American cultures. As you live in different countries you learn to open up and adapt a lot more.

Do you have your own shop at the moment?

I had temporary showrooms, but at the moment I’m selling my designs and one off bespoke pieces to private clients through my website. I’m working towards selling into the luxury market and getting my designs in department stores and high-end boutiques.

What is the highlight of your career so far?

I can’t point out one particular moment. I’ve had a few shows that I’m proud of, but I would like to produce them on a bigger scale in the future with more funding. I also get a lot of satisfaction when I work on shoots and collaborate with other creatives.

What’s the concept behind your current work?

It’s quite organic so I’d say it’s a continuation from my past work. Usually my inspiration comes from nature. The one I’m focusing on now will have milder colours; it will be based mostly on blue, recalling birds and the sea.

How do you imagine your catwalk?

Even if the catwalk would be inside, I would love to bring elements of nature and make it atmospheric and moody with great use of lighting and music.