Our Town at the King’s Head 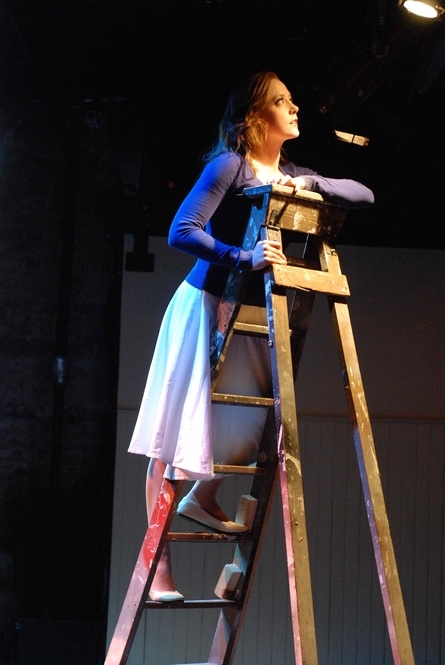 Our Town at the King’s Head | Theatre review

Back in 1938, Our Town gave Thornton Wilder his second of three Pulitzer Prizes, and it’s lost none of its impact and appeal in the 75 years since. Thematically, the play has a universality at its core, accentuated by its barren and metatheatrical framing. It’s purportedly been performed somewhere in the States every single night since its 1938 premier, yet remains a challenge for any theatre company due to its forceful minimalism. Who better to bring this American classic to life in London than Savio(u)r, a company whose mission statement is to unite American and British artists through theatre? Set in the fictional town of Grover’s Corners, New Hampshire, and tracking a couple from childhood romance to the grave, the story is appropriately plain and simplistic. It follows the meagre goings on in the small town – as indicative of turn-of-the-century America as it is microcosmic of every human settlement and interaction. The ghostly power of Wilder over the play resonates to this day. Every aspect of it is at his behest – from the old-time Americana characters to the barren set dressing, as specified in his script. For a theatre company it’s a play that requires almost the coldest of possible readings. The cast all stuck to their own natural accent, resulting in a wildly colourful variety of voices on display, both arguably closer to the probable truth of the time and far less dramatically hegemonic in the room.

Most effective was the framing of the play, which broke the fourth wall and had the stage manager (expertly portrayed by Simon Dobson) run us through the action. His chorus and spectacular narration, along with the decision to bring to life the cast’s real-world direction, gave a postmodern and oddly filmic quality to the production. Highlighting the evening’s very “unreality” brought across Wilder’s bastardised portrayal of almost Randian objectivism (albeit before such a thing existed), pessimistically musing on the inevitability of death while optimistically grasping the preciousness of life.

The modest King’s Head Theatre is a brilliant place to see this, and the cast keeps the script at arm’s length at all times. One could see it as amateurish, but Our Town’s boundless construction is so near-perfect, it would take more than a few weak joints to bring it down.

Our Town is on at the King’s Head Theatre until 20th July 2013, for further information or to book visit here.