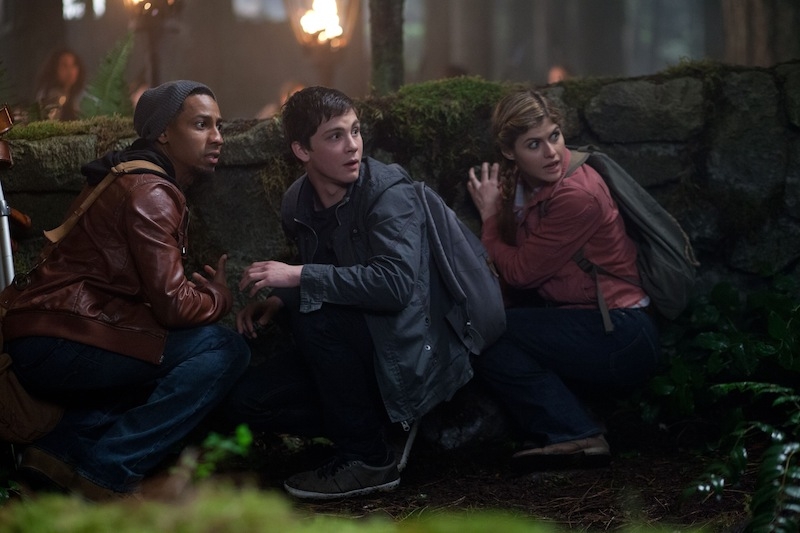 It’s been three years since the release of the first film, but Percy Jackson is back and bigger than ever in Percy Jackson: Sea of Monsters. When their safe haven Camp Half-Blood is breached, Percy demigod son of Poseidon sets out with his friends to find the Golden Fleece which according to myth can heal or restore anything it touches. But Luke, a rogue demigod, is after the Fleece too. According to an ancient prophecy Percy and Luke’s battle for the Fleece could lead to the salvation of Olympus… or the rebirth of the evil Titan Kronos. In the titular role, Logan Lerman (The Perks of Being a Wallflower) has an easy charm that is well-suited to the character, a young everyman-cum-hero. However it is the relatively unknown Douglas Smith (Big Love) who steals the screen as Percy’s long-lost half-brother Tyson, a Cyclops. Smith plays the outcast well, simultaneously evoking empathy and big laughs. The ensemble includes several memorable cameos as deities and mythical creatures, most notably the incomparable comics Stanley Tucci (Captain America: The First Avenger) as Dionysus and Nathan Fillion (Castle) as Hermes. Following on from Percy Jackson and the Lightning Thief, Sea of Monsters is based on the best-selling young adult book series by Rick Riordan. Riordan’s books had a unique, constructive discourse inspired by his own son, who was afflicted by dyslexia and ADHD. In the series, Percy also has these conditions and learns that as a demigod, his brain is wired to read Ancient Greek, hence his dyslexia. He has heightened senses, hence his ADHD. It is wonderful to see the affirming, positive books turned into film, a medium which is more accessible to many people. The franchise also presents classical mythology with an exciting modern twist that invites kids to learn outside the classroom.

The film is fast-paced and action-packed to hold the attention of a young audience, but adults might be disheartened by a flimsy plot. Following his breakout performance in The Perks of Being a Wallflower, fans of rising star Lerman will be disappointed in how little room he is given among all the whirling action to showcase his talent. However the Percy Jackson franchise is perfect for families and mythology buffs alike. This is educational fun for kids and brain candy for the grown-ups.

Watch the trailer for Percy Jackson: Sea of Monsters here: