The Pride at Trafalgar Studios 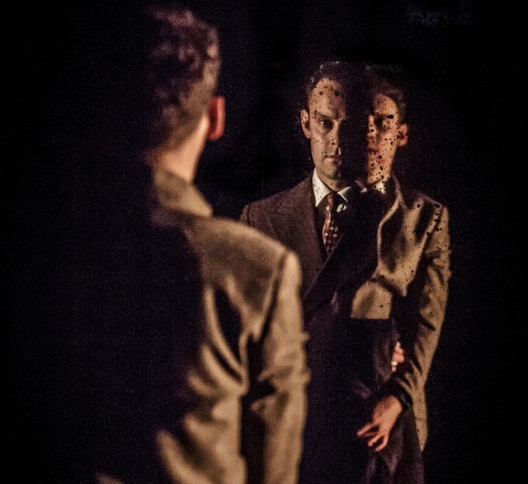 A persistent hot topic, homosexuality is at the core of The Pride. In this play by Alexi Kaye Campbell two parallel stories interchange, overlapping through time and showing us varying approaches to the thorny subject by examining the way it was dealt with some 60 years ago, and how it is perceived and lived today. In the 50s we see Sylvia, her husband Philip and her employer Oliver tangled in a love triangle all three regret. When Oliver enters Sylvia and Philip’s life, he’s at the same time a refreshing breeze and a disruptive tornado: everything changes irrevocably with serious consequences.

In 2008 (when the play was first staged) Philip and Oliver are a former couple, whereas Sylvia is the mutual friend who acts as a peacemaker. Again it’s Oliver who makes and breaks; though he feels powerless, he’s the one pulling the strings.

In both cases, all the characters have to fight – against themselves (because they refuse to accept their nature or because they think they can’t change it), but mostly against society and its restricted point of view. Even when being gay is not seen as unacceptable, a deviation that must be condemned and corrected, it is nevertheless believed to be inconvenient, a ludicrous source of jokes, and remains subject to derision.

In a well-directed game of lights, of opening and closing doors, characters come in and out to face each other and the burden they bear. They share their fear of rejection, their joys and dreams, all in their own way looking for love, respect and healing. Through cynical laughter, through pain, Sylvia, Philip and Oliver come to terms with suspicions of various kinds, deeply rooted in their souls, which shake them and inevitably emerge to make them question what they thought they knew.

The whole cast conveys this and a greater range of emotions with a stomach-knotting intensity that keeps spectators paralysed, speechless…breathless. The Sylvia and Philip of the 50s are arguably rather annoying with their fast-paced dialogue, but the torrent of words flowing at the speed of light is apt, as silence has become unsustainable. The use of language is brilliant – refined or foul but either way appropriate, in keeping with the characters and the times they live in. The actors’ stage presence is noteworthy, and they deliver heartfelt performances, both verbally and physically.

This show is a definite must-see.

The Pride is on at Trafalgar Studios until 9th November 2013, for further information or to book visit here.